An Evening With Jack Semple 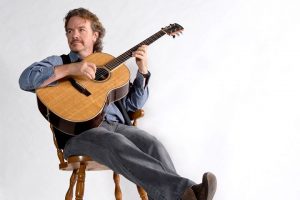 Regina's own Jack Semple has reached an international audience for his songwriting, recordings and performances as a vocalist and flamenco-technique guitarist. JUNO recipient, two-time winner of the Western Canadian Blues album of the year, two-time Gemini nominee, Grammy ballot nomination for "Contemporary Blues Album" in 2018 and upcoming soundtrack for HBO's "Losing Our Religion" what Jack enjoys most is jamming live! Sale Dates and Times: This show date has now been changed to Friday, January 17th, and tickets will be honoured for the new date if already purchase. For those who have purchased already, if for some reason you cannot accommodate the new date, we will refund your tickets for this particular show. Sorry for any inconvenience this may have caused. - Festival Place 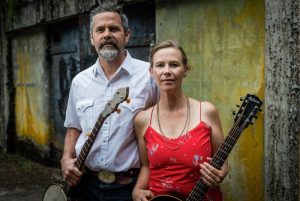 Two-time Juno Award-winning duo perform gorgeous, old-timey songs that go straight to your heart. After losing their banjo workshop and countless instruments to a fire in 2016, Pharis and Jason Romero spent two years rebuilding. You’d never be able to tell from the optimism and hopefulness at the heart of their latest 2018 album, Sweet Old Religion, which won the duo folk artists their second Juno Award for Traditional Roots Album. A deep love of old music, rural life and archaic banjo tunings are the undercurrents while the desires for love, connection and community flow through their music. With their vibrant duets, honest songs and handmade banjos and old acoustic guitars, Pharis and Jason Romero are a B.C. treasure. Presented with Vancouver Folk Music Festival. More information and tickets: https://capilanou.ca/student-life/campus-community/blueshore-financial-centre-for-the-performing-arts/our-events/all-events/items/pharis-and-jason-romero.php 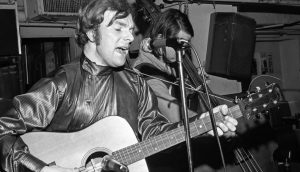 Friday, January 17, 2019 | 8:30pm Matt Weidinger Presents a Tribute to Van Morrison $35 Advance / $40 Door * … Matt Weidinger and his stellar group of musicians have put together a live music gem.” – Bob Hunt, The Blues Studio Sessions Young Matt Weidinger is an old soul. Steeped in real-deal rhythm & blues, blues, and soul music from his earliest years, he is renowned for his blue eyed soul vocals, guitar playing, and prowess on the Hammond organ. Matt’s 2018 Registry Theatre amazing concert of the music of Van Morrison was a season highlight, with its rich, authentic take on a genuine music icon. The concert such a hit that Matt will be back next season for Van The Man Volume 2. – Lawrence McNaught,  Registry Theatre “Matt’s interpretation of Van’s music is a deeply moving personal memoir of Celtic soul. Simply marvellous..Actually fantabulous!” – Bruce Hall,  Grand Rivers Blues Society Born decades after Van Morrison was creating some of his most enduring music, singer-songwriter, Matt Weidinger, has a musical connection to the ’60s and ’70s, what he calls the golden age of record-making. Anyone who’s seen him perform would agree with the “old soul” label, so it’s particularly fitting that he’s taking on the songs of an old soul master with his latest tribute to the music of Van Morrison. It’ll be something of a retrospective of Van the Man’s extensive song catalogue, with a particular focus on the early stuff that was Weidinger’s introduction to Morrison’s brand of Celtic soul. “I started listening to Van Morrison in high school, with Astral Weeks … and then Moondance,” he says, soon uncovering a treasure trove of musical offerings. “He’s got a huge catalogue. With Van Morrison, there’s just so much to see, so much to discover.” Morrison has been prolific, with dozens of albums to his credit since 1967’s Blowin’ Your Mind! Fifty years on, in fact, he’s currently touring 2017’s Versatile, a collection of jazz standards and originals. For Saturday night’s show, Weidinger’s put together a seven-piece band, including two horns to reflect the sound for which Morrison is known. Weidinger’s own influences stem from the ’60s, as can be heard in both his vocals and his choice of music. Like Morrison, he began performing as a teen. For a relatively young performer, he’s already got more than a decade of experience under his belt that has earned him a solid following. In addition to singing and writing songs, he’s a multi-instrumentalist, equally at home on the piano, organ, guitar, bass and mandolin. In preparation for the show, he’s had to dig deeper into Morrison’s music, developing an even greater appreciation for it … and banking some songs for future performances. “Any time I can learn songs that I can put in my repertoire, add to the list, it’s great,” says Weidinger, adding such exercises help his own songwriting, providing a way to see words and music from a different perspective. website: http://mattweidinger.com/ youtube: https://www.youtube.com/watch?v=HB0vCB6QHEg * Advertised pricing excludes taxes and fees.