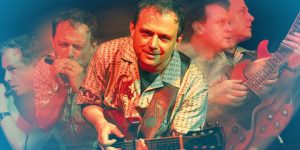 One of Saskatchewan’s legendary ambassadors of the blues, Nigel Mack is back to play his regular December Bassment gig spreading Christmas cheer to all our blues fans. A triple threat on harp, guitar, and vocals, Nigel brings a whole bagful of originals taken from his output of five recordings. Mr. Mack will be backed by an all-star local band. Sponsored by Braid Flooring 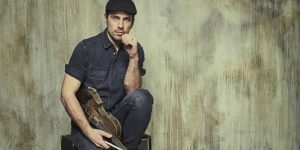 Toronto fiddler Karrnnel is back to play his yearly December show. He’s joined by his two sisters, Kimberly and Kanndece, as they pay tribute to their father Orest and the music they played together as The Sawitsky Family Fiddlers. From old-time dance favourites to Karrnnel’s contemporary fiddle style, this show will also feature many more special guests. Sponsored by FiddlyNess

Amos The Transparent in Concert 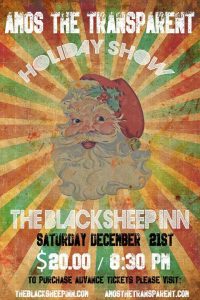 The World at Hugh’s featuring Partow and Sitar Fusion 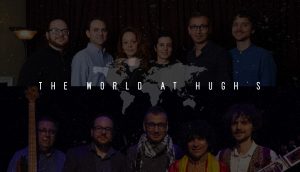 Saturday, December 21, 2019 | 8:30PM The World at Hugh’s featuring Partow and Sitar Fusion Advance $30 / Door $35 The World at Hugh’s is a new series coming to Hugh’s Room Live that will feature some of the best music from all across this beautiful globe. We are also very excited to announce that the host of CBC’s Big City Small World, Errol Nazareth, will speaking to a few of the musicians onstage ahead of the performance. This intimate Q+A will be a perfect introduction into our World at Hugh’s. Errol will be taking the stage at 8PM along with his guests. Partow Partow means Sunbeam in Persian. Partow is an international ensemble lead by Iranian tar player and composer Padideh Ahrarnejad. Its roots are in Persian classical music but its sound encompasses diverse influences and draws its strength from the group’s members who come from Turkey, Greece, Peru and Brazil. Partow has recorded its first album, set to be released in early 2019. website: https://bit.ly/36tIsmL Sitar Fusion Indian music and Jazz influences are blended in this confluence of musicians under the direction of Anwar Khurshi. Anwar Khurshid was born in Pakistan, where he studied the sitar with Ustad Nasiruddin and Indian classical vocals under Qazi Zahoorul Haq. After his arrival in Canada, his interest in blues, jazz, and world music resulted in the Juno Award  nominated album Enter the Gate, as well as the acclaimed albums Subcontinental Drift and Music Stew. In 2016, he composed music for the film What it Takes to be Extraordinary, and has played sitar on film scores for Life of Pi, Love Guru, and Kama Sutra. website: https://bit.ly/2P7fp28 * Advertised pricing excludes taxes and fees.