Cape Breton trad supergroup Còig return to The Carleton for a Christmas-themed show on Wednesday, December 4th. Show time is a civilized 7:30 PM and tickets are $25 advanced or $30 at the door. 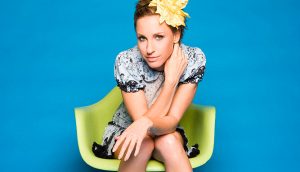 Wednesday, December 4th, 2019 | 8:00pm Patricia O’Callaghan   $35 Advance / $40 Door * Patricia O’Callaghan is something of a wandering minstrel. Her fifteen-year career has taken her across genres, continents, and a range of disciplines and passions. Her recording career spans six solo CDs and many interesting guest collaborations. A speaker of French, Spanish, and German, her early recordings focused on European cabaret, and she is considered a specialist in the music of Kurt Weill. Patricia has performed his Threepenny Opera, Seven Deadly Sins, and Kleine Mahagonny with Soulpepper Theatre Company, Edmonton Opera, and Vancouver Opera, to name a few. This Toronto soprano can sing a 100-year-old German tune so lustily that you almost don’t need a translation to know that someone’s about to get his throat cut or get laid or both. The National Post One of Patricia’s most unique talents is the ability to blend a variety of languages and musical genres seamlessly together in her concerts, and completely embody whatever style she is singing at any given moment. O’Callaghan sings her diverse material as if it was always meant to go side-by-side and by the end of the evening, it’s easy to believe her. Chart Attack Magazine She has sung with some of the world’s great ensembles and artists (Orpheus Chamber Orchestra, Don Byron Quartet, Bryn Terfel), and has performed in venues that range from London’s Royal Opera House to New York’s Noho cabaret Le Poisson Rouge. Patricia also writes and co-writes songs and has had the honor of premiering many new compositions, from both the classical and pop worlds. It has been her great privilege to work with such creators as R. Murray Schafer, David Braid, Dennis Lee, Christos Hatzis, George Aperghis, Steve Reich, and Steven Page, to name a few. Patricia’s film, theatre and television credits include her own Bravo! special, The CBC produced Ken Finkleman series Foolish Heart, and the semi autobiographical Rhombus / Westwind film Youkali Hotel, which has won several prizes, including a Golden Sheaf Award to Patricia for best female performance. Ms. O’Callaghan has also received other awards, such as a Chalmer’s Grant from the Ontario Arts Council and a Fleck Fellowship from The Banff Centre for the Arts. She recently completed a six year stint as a Resident Artist at Toronto’s Soulpepper Theatre Company. Her responsibilities there included conducting, teaching, mentoring young artists, producing, curating and performing in festivals, and developing new work. Recent projects are Broken Hearts and Madmen; a collaboration with The Gryphon Trio, which blends classical music with traditional songs from Latin America and pop songs from around the world… “Broken Hearts and Madmen is an exquisite piece of work. The result is absolutely breathtaking in its attention to detail, with every note carved from their love of the songs…” – Vivascene and Matador: The Songs of Leonard Cohen A truly exceptional blend of natural expressiveness and masterful coloration, her tender versions of Cohen’s “Take this Waltz” and “Hallelujah” are revelatory. – Billboard Magazine She’s one of the best singers ever to come out of Canada. – Vivascene website: http://www.patricia-ocallaghan.com/ youtube: https://www.youtube.com/watch?v=C7QLtMHOiqw * Advertised pricing excludes taxes and fees. 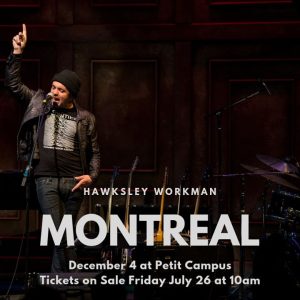