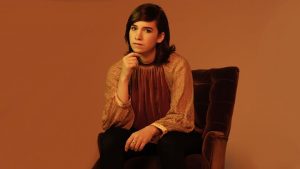 Tickets: https://bit.ly/2Ph9k5k Doors 6:00PM Show 7:00 PM *Please note that dinner or bottle service reservations guarantee seating, so book early and enjoy the show while exploring Lula’s delicious tropical fusion dinner and cocktail menus as well as our wine and beer offerings. Visit lula.ca, or call 416-588-0307 to reserve. Reina del Cid is a singer songwriter and leader of the eponymous folk rock band based in Minnesota. Her song-a-week video series, Sunday Mornings with Reina del Cid, has amassed 30 million views on YouTube and collected a diverse following made up of everyone from jamheads to college students to white-haired intelligentsia. In 2011 she began collaborating with Toni Lindgren, who is the lead guitarist on all three of Del Cid’s albums, as well as a frequent and much beloved guest on the Sunday Morning videos. Reina del Cid’s new full length album, Morse Code, will be the first album she has released since building her Sunday Mornings fanbase online, and she wanted to capture the spirit of the roving Sunday Morning videos. The 12 songs on this album have an unfiltered feeling to them, and they lean heavily toward the acoustic end of the aural spectrum with minimal processing, just like the live performance videos Del Cid posts to her channel every week. Featured are Del Cid’s trademark clever rhymes and story-telling lyrics coupled with lead guitarist Toni Lindgren’s unique blend of adroit flat-picking and bluesy, soulful riffs that fans have come to know throughout the band’s previous releases. Morse Code was released worldwide on October 4, 2019 digitally and on CD with vinyl slated for release in early 2020. 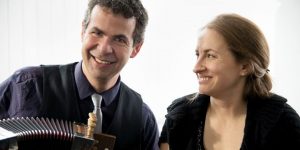 Accordionist Sabin Jacques and pianist Rachel Aucoin have been musical and life partners since 1997. Sabin has been dedicated to preserving the rich Quebec tradition of the diatonic folk accordion, especially the music of revered accordionist and composer Phillipe Bruneau. Rachel has a background in classical piano and an abundant Acadian family tradition. Together they weave strands of the old and new into a rich, robust, and colourful musical fabric. Be ready to be transported to somewhere between a night of dancing and a grand classical concert. Sponsored by Luther Riverside Terrace 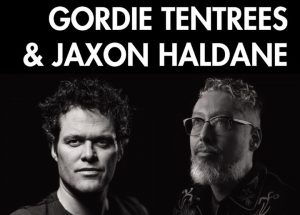 Gordie Tentrees & Jaxon Haldane Thursday, November 28 Casa del Popolo (4873 St Laurent Blvd) Doors 7:30 p.m. - Show 8 p.m. $20 in advance/$23 at the door $10 in advance/$13 at the door students GET TICKETS: https://thepointofsale.com/tickets/czz191128002 Gordie Tentrees & Jaxon Haldane- Eastern Canada Release Tour-GRIT International touring Canadians Gordie Tentrees & Jaxon Haldane tour new record GRIT in Eastern Canada with 24 dates in Ontario, Quebec, New Brunswick, Nova Scotia & PEI Nov. 14-Dec. 7-2019. From Celtic Connections (Glasgow, Scotland) to the National Folk Festival (Canberra, AU) their ability to hold an audience, weave melody, while juggling the dark with the light is infectious. They have performed 754 concerts in 11 countries during the past 4 years alone armed with 10 instruments, brotherly harmonies and masterful storytelling. GRIT was recorded over 5 nights in Western Canadian venues with engineer Scott Franchuk (Corb Lund, Old Reliable) featuring 11 tracks, including multiple Haldane/Tentrees co-writes, a Willie P Bennett cover, and popular Fred Eaglesmith/Tentrees co-write "Craft Beards & Man Buns". Hear the live record here: https://soundcloud.com/gordietentrees/sets/grit-gordie-tentrees-jaxon Check out Video Craft Beards & Man Buns : https://youtu.be/S1FlqCJEv2s "After over a decade of being road warriors, this freak folk duo debuts on wax with a live album of tracks culled from various dates that really rocked. An organic, back porch duo that owes a debt to the leftists of the lefties, here's where you turn if you lean more toward Holy Modal Rounders than Kingston Trio. As organic and holistic as folk gets, this is the wild sound of freedom and the freedom to fly" Midwest Record, USA "Gordie Tentrees is a cross between Corb Lund and Stompin’ Tom Connors. Much like Corb Lund, Gordie has a writing style all his own, and much like Stompin Tom, I can imagine him playing anywhere – honky tonks, beer joints, large theaters or stadiums – and commanding the stage and crowd with his honesty, humor, and storytelling. Talent is talent, and it’s clear when it comes to songwriting, Gordie Tentrees has oodles to spare" ROOTS MUSIC CANADA 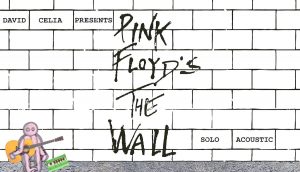 Thursday, November 28, 2019 | 8:30PM David Celia Presents Pink Floyd’s The Wall: Solo Acoustic Advance $25 / Door $30 * David Celia is long-established as one of Toronto’s most accomplished guitar players and respected singer/songwriters. He grew up on classic rock and honed his guitar skills as a youngster playing along to Led Zeppelin and Pink Floyd records. He has incorporated many covers into his repertoire over the years, culminating in a recent concert where he performed The Wall in its entirety for the first time. The response from the audience was ecstatic. “By chance I had a gig offered to me at a time when The Wall was running through my head. I realized I knew the album so well by heart that instead of getting a band I decided to play it solo. The show involves some live looping and the famous Gilmour guitar delay (plus a smidge of piano). I enjoy improvising parts of it but I always stay true to the record. The audience may not be able to help themselves but sing along at times, and that is totally welcome.” David’s playful guitar playing and soulful vocals will win over both casual fans and even the most devoted Floyd-heads. David has performed his original work three times at the Glastonbury Festival, Mariposa and many other festivals in Germany, Holland and France. He spends half his year touring Europe and is currently promoting the album Daydreamers, written and recorded with German singer/songwriter Marla. On a cold Thursday night in November, come warm up with an acoustic performance by David Celia as he brings The Wall – in its entirety – to Hugh’s Room Live. * Advertised pricing excludes taxes and ticketing fees.