YOUR NEXT HAIRCUT with Corin Raymond 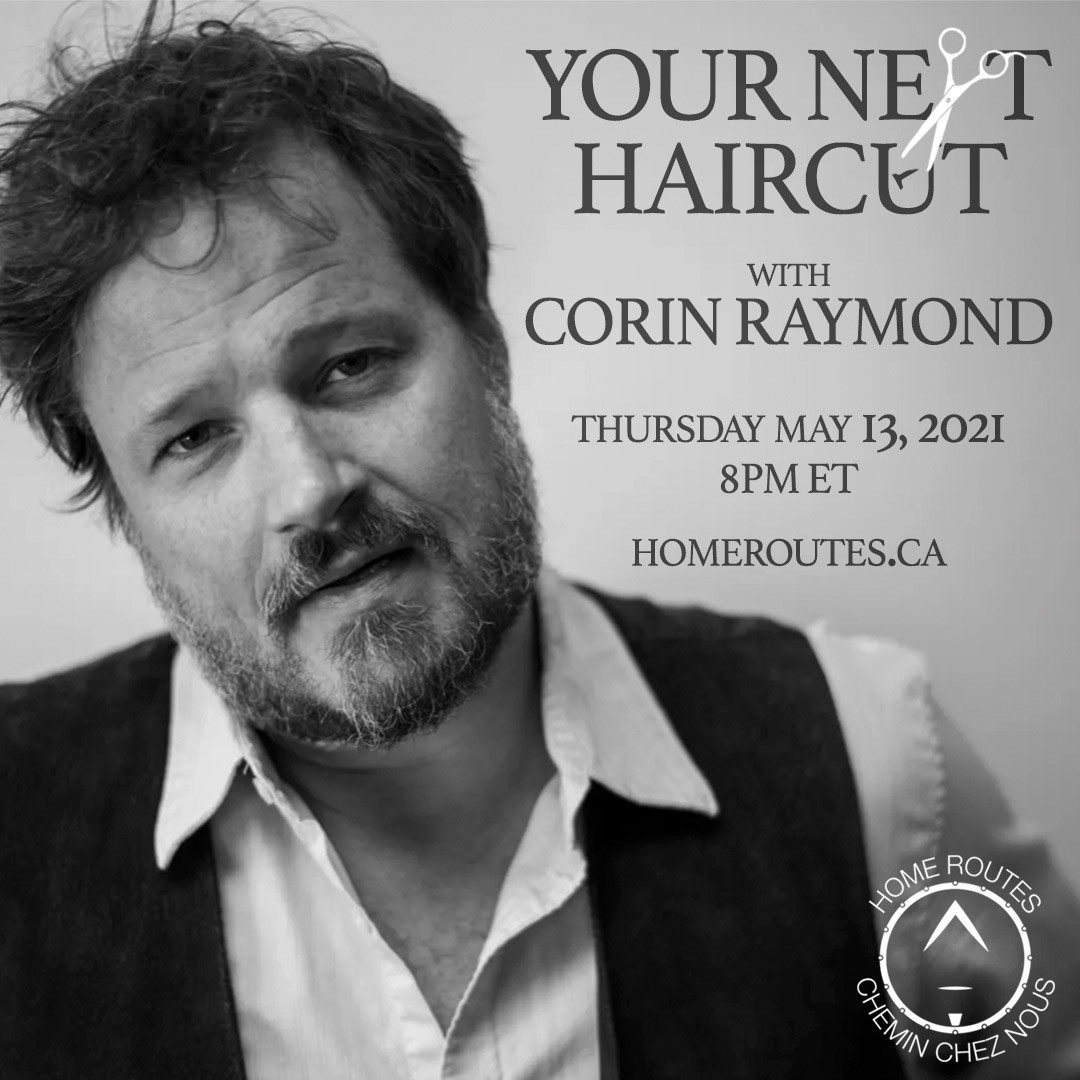 Proudly presented by Home Routes: Your Next Haircut with Corin Raymond. Live from Hamilton, ON, Corin returns for his second solo performance on May 13th, and this will be followed by one more on June 24th. With roughly six weeks between them, your upcoming Corin Raymond-fix will sneak up like your next haircut where he will beam more songs and stories, old and new, to you directly from a dirty mansion in Hamilton, Ontario, and share another excerpt from his next book-related one-man show. Full disclosure: Corin doesn’t know a darn thing about cutting hair but he does know how to deliver melancholic ballads that can turn sorrows into celebrations and, as the 214 people who managed by modern miracle to all be in the front row for the last one will attest, these Haircuts are also just a fantastic excuse to commune with a gang of hearts like yourselves, to glow together like the Cameron House on a Thursday night, and be united by song like the Whos in Whoville. Corin suggests you bring a friend on May 13th for joyful reasons exactly like these ones.