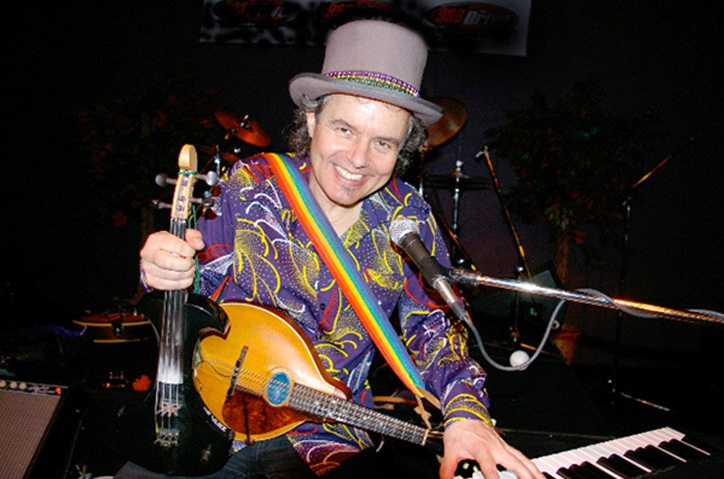 Gary Comeau & The Voodoo Allstars possess a unique and original flair that lays out a soundscape of the jazz, roots, latin & r&b blues from the cultural rich history of New Orleans. From the jazz influence of Louis Armstrong, the New Orleans piano sounds of Professor Longhair, Fats Domino, Dr. John & Allen Toussaint to the funky sounds of the Neville Brothers, Gary weaves his own musical gumbo style.

Gary Comeau is a singer-songwriter and musician of unique diversity and talent. Playing a range of instruments, he delivers originally crafted, high energy, New Orleans-style rockin’ roots and blues. Although Gary’s own roots are French-Acadian – he was born and raised in Nova Scotia – his soul seems to have taken a long and inspiring detour through Louisiana and the Mississippi Delta. While Gary does not consider himself to be a Cajun or zydeco artist per se (“It’s just the vibe that runs through the tunes I write”) he’s probably the most southern-sounding player in this area.

“Take the rhythm of the Maritime Acadian music, season well with Louisiana zydeco blues, add a twist of Highway 61 era Dylan, serve it up with great showmanship, and you’ve got a potent musical cocktail that will have your head spinning and your feet dancing!” – Islands Folk Festival.

Gary is also a part of this West Coast trio who have come together from a range of different musical backgrounds to create an eclectic collection of songs. You will hear the influence of Mardi Gras in New Orleans, the blues from Memphis and the Mississippi Delta, the Latin rhythms of Cuba, and a sprinkle of the early roots of Jazz as the trio performs songs from their self-titled album.

With diverse musical backgrounds but a common love of roots Americana styles, Comeau and his bandmates, veterans Tim Hearsey (guitar) and Chris Nordquist (drums), stir up an eclectic mix of original tunes. In their music, one can hear the influence of Mardi Gras in New Orleans, the blues from Memphis and the Mississippi Delta, the Latin rhythms of Cuba and a sprinkle of the early roots of jazz.

Tim Hearsay is one of Canada’s finest blues guitarists, and has performed with several blues legends, including Taj Mahal, Lowell Fulson, and Hubert Sumlin, as well as Jim Byrnes, with whom he partnered to produce Jim’s 1996 Juno award winning album “That River”. Chris “the Wrist” Nordquist provides the effortless groove on the drums. Chris is simply one of Canada’s most prolific and versatile drummers, with a list of credits that reads like a who’s who of Canadian music.

Cannery Row’s slogan is “laissez les bon temps roulez!,” which translates as “let the good times roll!” Indeed, these three highly accomplished players know how to bring on the good times with the deep grooves of American roots music.

“Audiences are well acquainted with the wonderful fiddler, piano player and singer Gary Comeau, These are three fine players- as fine as you will find in the musical heartlands of the southern states to which they pay homage in their music. If you can’t travel to the bayou, we can have a taste of it right here.”” – Andy Hillhouse, Artistic Director of the Harrison Festival.

COVID-19 Policy: The Rogue Folk Club is operating in full compliance of all BC Health restrictions. We are limiting our maximum in-person audiences to 50 people (roughly 25%). Dancing is not permitted. The wearing of masks is required when not seated. Everyone in attendance must have proof of being fully vaccinated. Restrictions may change if subsequent BC Health announcements are made.