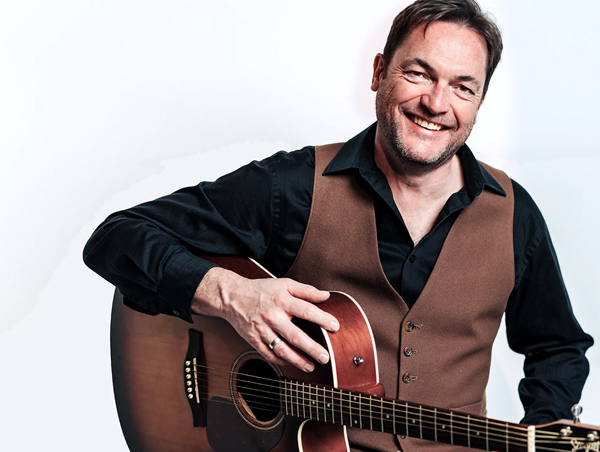 Since emigrating from his native England in 2002, Chris Ronald has earned a place as one of Canada’s finest singer-songwriters creating and performing contemporary folk music. Ronald’s stand-out signature sound is steeped in his British background, poetic lyrics, and a buttery fusion of roots and Americana music reminiscent of 1960’s revivalists and 1970’s singer-songwriters.

Ronald first got hooked on songwriting at age 15 when he put to music a poem he wrote in high school, but he only started to go public after he moved to Vancouver in his thirties and self-produced his first albums so he had CDs to sell at the intimate gigs he was playing in and around the city. One of these early works caught the attention of The Georgia Straight who praised Ronald’s songwriting and “beautifully clear tenor voice” and wondered “where his obvious talent has been hiding for so long.”

Fast forward a few years and Chris now has 5 albums under his belt, a number of accolades including a Canadian Folk Music Awards nomination, and is signed to Borealis Records. His new album Light & Dark released May 2021 has been topping the charts (Folk Radio, CKUA, Earshot), and Chris is looking forward to sharing the new music at Rogue Folk for this belated hometown CD launch concert.

Joining Chris will be his long-time producer and sideman John Ellis as well as Eric Reed to make for a multi-instrumental feast. This event will be presented both live in the Hall and on the web.

“I put the CD in the player and then bam !! I realise straight from the outset this Singer / Songwriter is very polished and accomplished both with his lyrics and the message contained within.” – Justin Stone FATEA Magazine (UK)

“Essential listening from an artist who needs to be more widely heard.” – Roots & Blues Radio