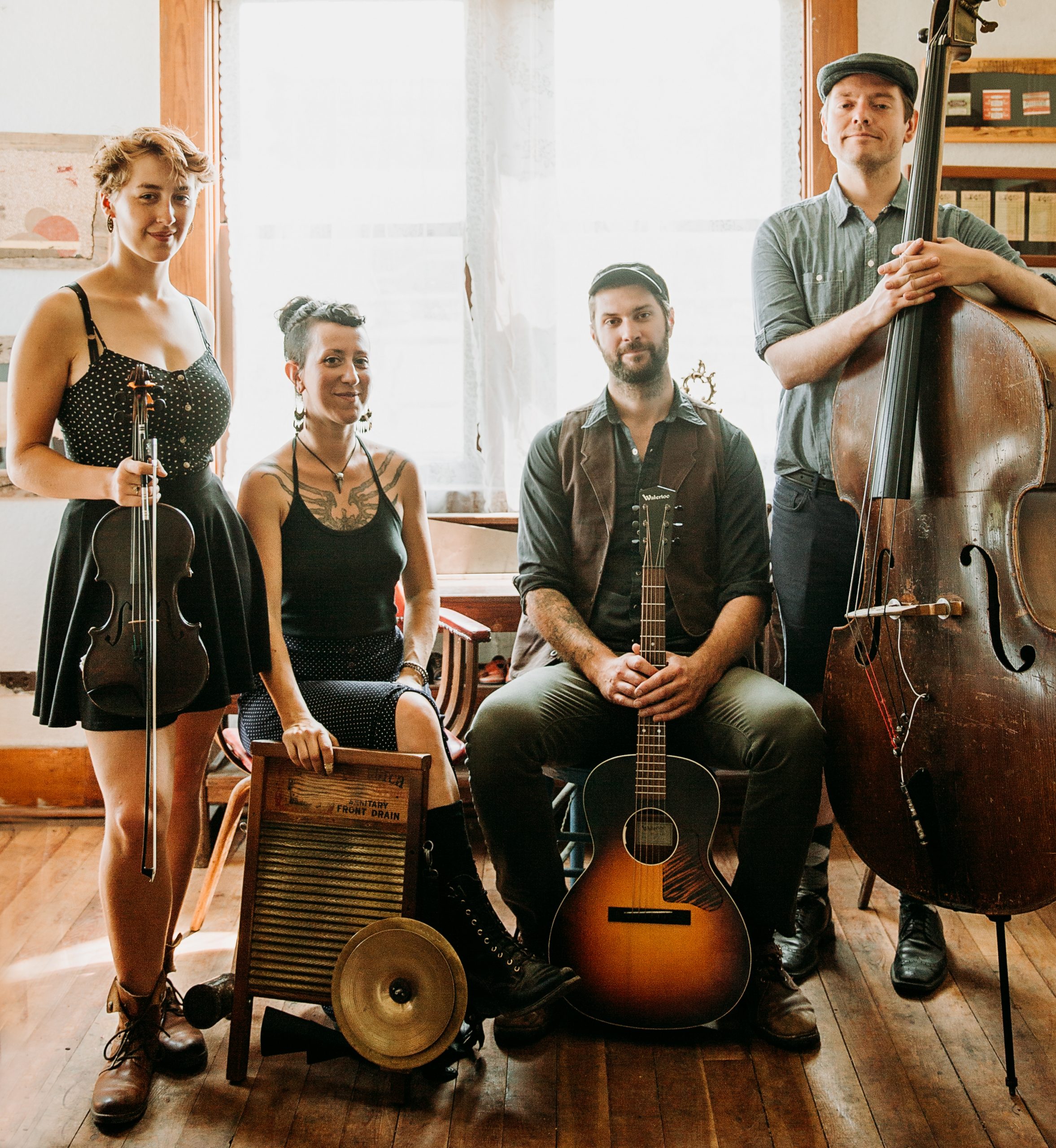 The Burying Ground formed in 2014 as a duo, but Woody Forster and Devora Laye have been playing together since 2009 as members of The Dire Wolves, an acoustic blues string band and darlings of the East Van punk scene. They are steeped in influences from 1920s ragtime, country & western, Mississippi blues and New Orleans jazz.

Woody’s complex blues guitar and rags are punctuated and raised high by Devora’s tightly syncopated washboard, with playful rolls and staccato jumps and stops. Their solo and combined vocal styling is deeply resonant and heartfelt. Devora’s sound when masterfully bowing the saw is transportive.

?The Burying Ground has been charming diverse crowds, across all ages and musical tastes, in large and small venues throughout Western Canada and the United States. They focus on writing and performing original music while continuing the tradition of sharing songs from the past. It is today’s commentary on a framework of vintage music.

?At home, on the road and in the studio Devora and Woody are accompanied by a rotating cast of masterful session and backing musicians. Their current lineup includes Wynston Minckler on upright bass, Clara Rose on fiddle & harmonies and Joshua Doherty on harmonicas and harmonies.

“Taking vintage blues and jazz, swing, old-timey country and folk as their templates, this super-cool duo pens authentic sounding material that appears as if plucked from the Alan Lomax archives, but also bears the gritty qualities of their punk rock background. ” – David Morrison of Folk Radio UK’s Top Ten Albums of 2017

Whether he’s playing with his own solo band or other various outfits, he can’t be kept off Canadian stages. Ryan puts most of his energy in his passion for studying acoustic traditional blues, jazz and old time music. This led him to spending a winter in New Orleans where he wrote the majority of the material featured on Steppin’ Down South. This album is saturated with the sounds and rhythm of New Orleans streets. Steppin’ Down South captures the sound of hillbilly blues and jug band jazz. Ryan McNally’s genuine style and performance is a breath of fresh air.

McNally was raised in rural Quebec, south of Montreal along the U.S. border. He began pursuing music at the age of ten when he first picked up the guitar. In his late teens and early twenties he would seek out musicians he would hear at cafes and bars for lessons in finger style blues. He continues to work in studying with teachers into his schedule while he is performing on the road. Currently McNally is experimenting with scoring music to films as well as musical direction for theater. All while keeping up a busy solo career and a steady touring schedule.

THIS SHOW IS BOTH IN PERSON AND STREAMED ON THE INTERNET. So, you got no excuse for missing out!