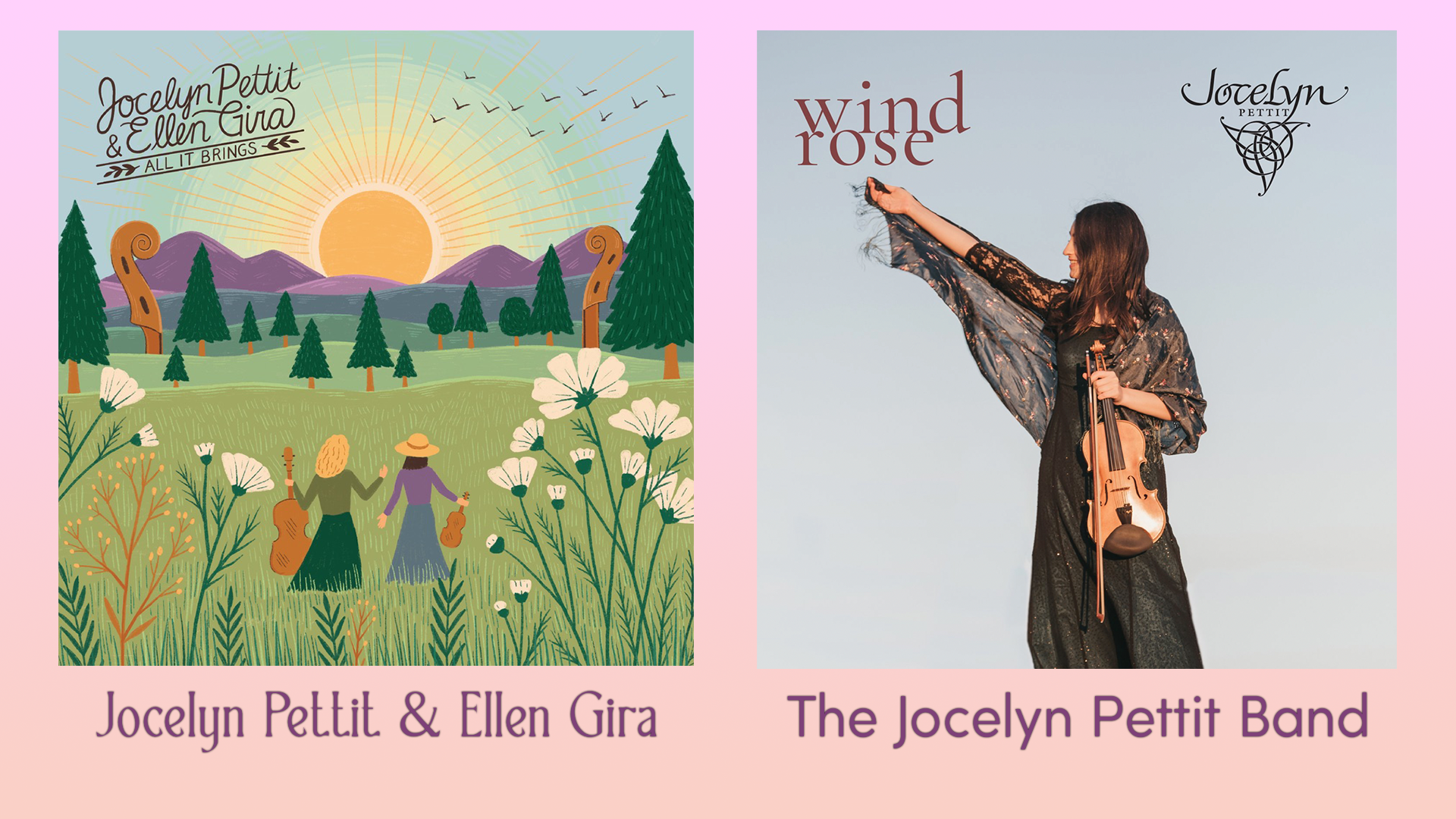 From the West Coast of Canada and the East Coast of the US, Jocelyn Pettit & Ellen Gira are a dynamic fiddle & cello duo. First meeting in Scotland in 2018, they joined their musical forces, and have since been gracing stages and captivating audiences in both North America and the UK.

Fusing together traditional and contemporary influences, Jocelyn & Ellen create powerfully uplifting and soulful music. Their instruments weave a rhythmically driving and textured sound, with nuanced fiddle-cello interplay through delicate and fortissimo arrangements. They bring life and fire into their original melodies, and high-energy tunes from Scotland, Ireland, North America, and Scandinavia – complemented by interwoven vocal harmonies, and lively stepdancing.

Jocelyn & Ellen are excited to release their debut duo album, “All It Brings”, and to perform in Vancouver as part of a summer and fall Canada/US tour.

Ellen Gira is an accomplished cellist who has performed throughout North America and the UK.  She has collaborated and recorded with numerous acclaimed traditional musicians, including an upcoming album with Glasgow-based trio The Auldeners, and is currently pursuing a PhD in Scottish Music at the Royal Conservatoire of Scotland.

From the West Coast of British Columbia, Jocelyn Pettit is a vibrant fiddle player, stepdancer and singer of Scottish, Irish, French, and Malaysian heritage.  With uplifting energy and engaging stage presence, Jocelyn integrates the Celtic and folk traditions of her roots into her performances and original compositions.

Over the past 15 years, Jocelyn has performed across Canada, the U.S., the U.K., Europe, and Malaysia.  She has appeared on CBC and BBC television and radio, shared the stage with the Irish supergroup The Chieftains, and received multiple award nominations including “World Artist of the Year” at the Western Canadian Music Awards, and at the Canadian Folk Music Awards.  She has a Master of Music Degree, from the Royal Conservatoire of Scotland.

Jocelyn’s third album, Wind Rose, was created with band members and collaborators both in BC and in Scotland.  The album brings listeners on a journey through uplifting original melodies, rhythmic grooves, lively traditional dance tunes, and soulful songs.