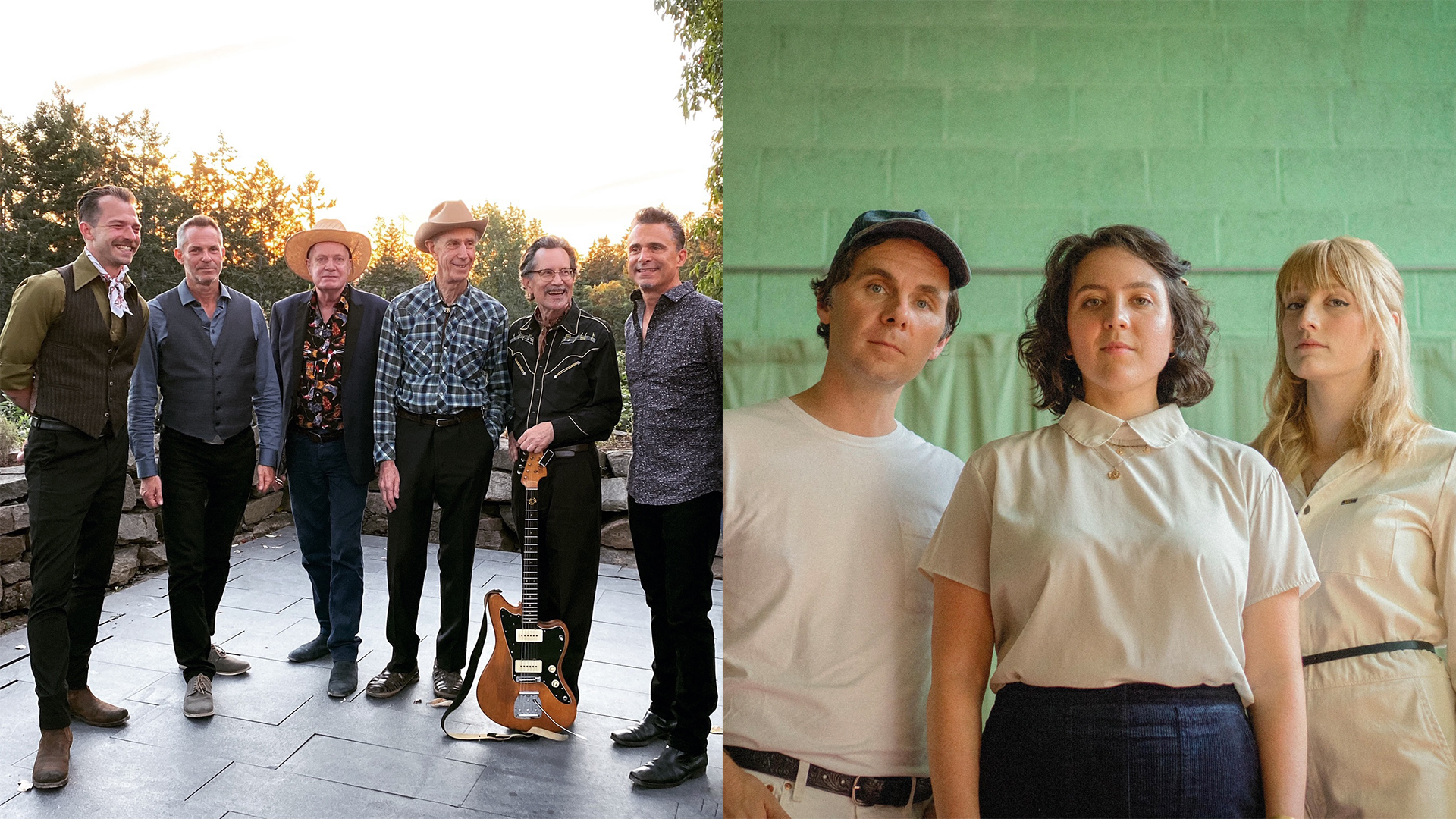 BILL AND THE BELLES

Happy Again isn’t exactly happy. But the delightfully deadpan new album from roots mainstays Bill and the Belles is full of life, humor, and tongue-in-cheek explorations of love and loss. Out May 21, 2021 on Ditty Boom Records (with distribution and promotion by Free Dirt Service Co.), Happy Again marks a new chapter for the group by featuring eleven all-original songs penned by founding member Kris Truelsen. There’s no dancing around it: this album is about his divorce. But the group has a knack for saying sad things with a bit of an ironic smirk, pairing painful topics with a sense of release and relief. Anyone who’s been to one of their shows can attest that you leave feeling lighter and refreshed. The band often jokes that their setlists appear mournful and angry, but if you don’t listen to the words, you wouldn’t know it. “One of the darkest times of my life turned out to be one of the most creative,” says Truelsen. “I realized, ‘My life is chaos. I need to write about this.’” This personal loss turned out to be a creative boon for the band. Many of the songs were cranked out in just a few months, two were even written the night before they were recorded. This raw songcraft, along with the deft production touch of Teddy Thompson, son of Linda and Richard Thompson, who encouraged using only first or second takes, gives Happy Again an emotional punch that deepens with each listen.

Bill and the Belles is Truelsen on guitar, fiddler Kalia Yeagle, bassist Andrew Small, and banjo/banjo-uke player Aidan VanSuetendael. The album is also gently supported by Nick Falk on electric guitar and percussion and Don Eanes on piano and B3 Hammond. Early fans of the band were hooked by their singing, and Happy Again continues to deliver stellar vocal trio arrangements, honed by Yeagle, that nod toward groups like the Ronettes and The Shangri-Las. ?The band began as a project to explore the sounds between rural and urban music, between vaudeville and down home roots, but they’ve arrived somewhere wholly their own. They revel in the in-between: deeply engaged with the stringband tradition and eager to stretch those influences to contemporary settings. Happy Again is the latest chapter of that ongoing story: what happens when a stringband from East Tennessee lays down a session at Motown. It’s a welcome evolution that feels familiar and timeless.

With all their tongue-in-cheek quips, you’d think Bill and the Belles avoids the tough stuff, however, that’s far from the truth. “Never Be Happy Again” is a laundry list of existential woes, and “People Gonna Talk” profiles some of the frustrations of small-town living. “Make It Look Easy” is both an anthem for apathy and a proper “screw you” to those who’ve got something to say about your life choices. And of course there’s “Sobbin’ the Blues,” Truelsen’s homage to the ‘talking blues’ numbers of the past, neatly tied up with a moral-of-the-story twist. Tucked in amongst the grief and jubilation of Happy Again are some noteworthy oddballs, including two songs that began their lives as jingles on Farm and Fun Time (the band’s live variety radio show now syndicated on PBS, reaching over 20 million homes): “Bye Bye Bill” (a tale about a pale ale drinking whale) and the “The Corn Shuckin’ Song” (make of it what you will). The band presents these themes simply and playfully, inviting listeners to reframe their own burdens and look to the future. “This was one of the first times I felt like I was writing country songs like my heros that were actually from my own perspective,” says Truelsen. “I quickly realized it made sense for us to break the rules.” The group subverts expectations for a stringband, taking a page from some of the finest early country and rock songwriters that drifted happily between genres. Truelsen describes the band’s mission: “One of my ultimate goals is to write songs that are hard to classify in a certain time period. To transcend the now.

The Rocket Revellers formed in 2012 in Vancouver B.C. playing weekly to sold out shows in Vancouvers Historic Gastown District at the Revel Room for the last 8 years. The dance floor is packed and sounds of western swing, jump blues, gospel and rockabilly come one after another, you have to check these cats out! Members of the band are quite renowned in the roots music scene and have many credits to their names.

Lap steel & Guitar player Jimmy Roy has recorded and toured with Ray Condo & His Ricochets, Big Sandy & the Fly-Rite Boys, Jimmy Roys 5 Star Hillbillies and Petunia & The Vipers to name but a few. His weekly sunday gigs with country star Kelly Haigh are not to be missed!

Guitar virtuoso and producer Stephen Nikleva‘s album Square Moon release in 2017 was highly acclaimed. His work with Veda Hille, Sandy Scofield, Sarah McLachlan and many others speak to his talent. Stephen & Jimmy Roy have been playing together in many of these same bands and have an incredible chemistry!

Pianist & vocalist Mike Van Eyes is an absolute one-man wrecking crew! He does it all from early jJazz to rock ‘n’ roll, he is a premier boogie woogie showman! Mike has worked with The Epics, Trespassers, Herald Nix and so many others. Mike also has been gigging and recording with Stephen and Jimmy Roy for decades.

Upright Bass player Joseph Lubinsky-Mast is a busy and highly sought after player currently rockin for Petunia & The Vipers, Wooden Horsemen and the Rocket Revellers. His style and energy are infectious and top notch!

Dynamic vocalist Dennis Brock started his roots in hometown San Francisco on the Rock scene with Kristine and Skin & Bonz before developing his passion for western swing, rockabilly and jump blues.

The Rocket Revellers recently recorded an album at Afterlife Studios (formerly the famed Mushroom Studio). Let’s Have Some Fun is available on Bandcamp and is definitely worth a listen. Check it out here: https://rocketrevellers.bandcamp.com/album/lets-have-some-fun