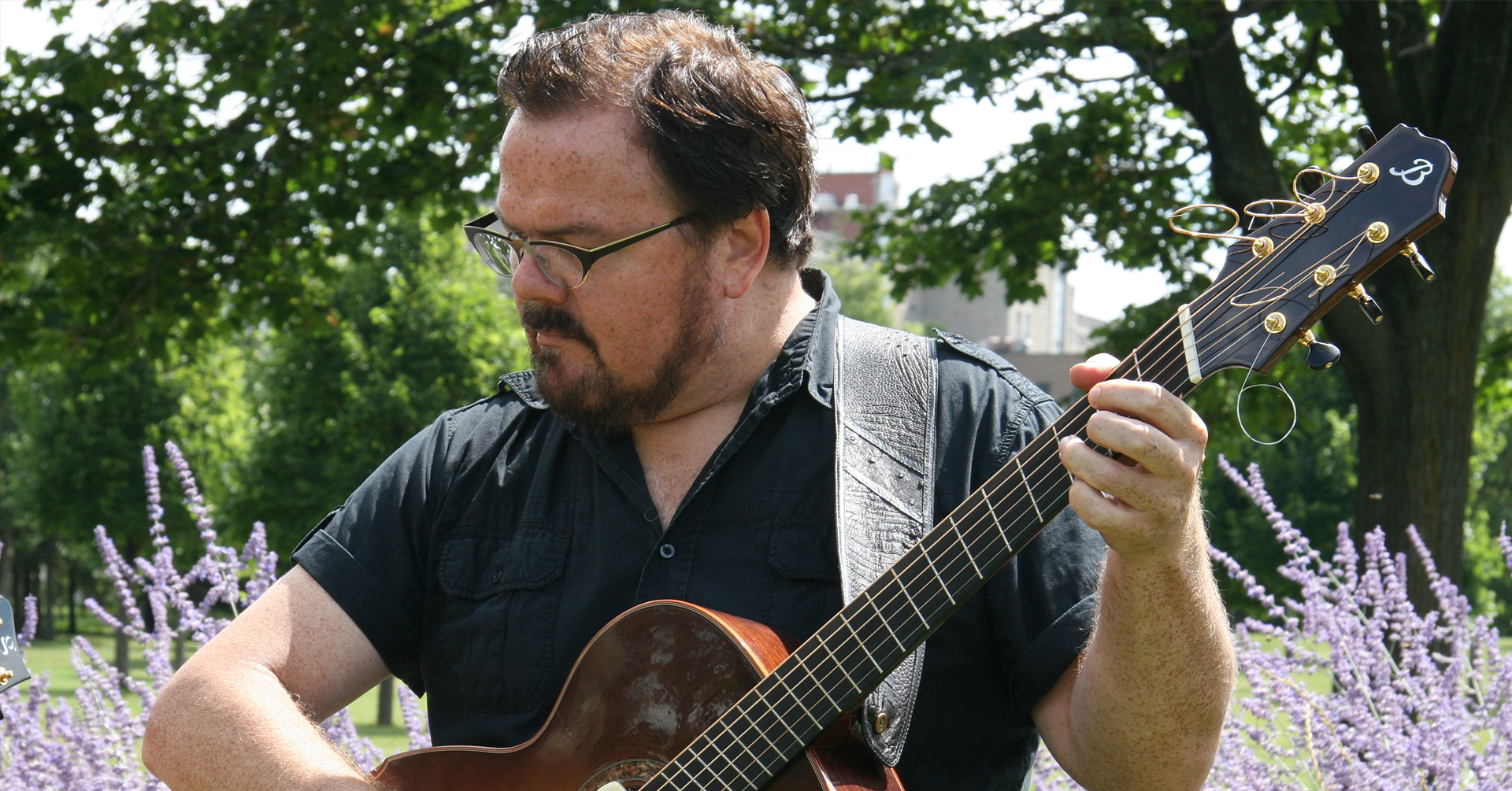 Don Ross returns for his record-breaking 28th Rogue Folk show, and his first since 2017!

Don Ross was born and raised in Montreal and has lived in various parts of Canada over the course of his life. The son of a Mi’kmaw Indigenous mother and a Scottish immigrant father, he graduated with a Bachelor of Fine Arts (Music) degree from Toronto’s York University and started working full-time as a musician in 1988. That year he won the US National Fingerpick Guitar Championship for the first time, and also played with his quartet Eye Music at the Montreux Jazz Festival in Switzerland.

Signing a solo recording contract with Duke Street Records that same year, Don went on to release three CDs with them, as well as three CDs for Sony Music/Columbia Records (Canada)  He won the US National Fingerpick Guitar Championship for the second time in 1996. To this day, he is still the competition’s only two-time winner. Signing directly with Narada in 1998, Don went on to release three CDs for the label. Several of the tunes that he recorded while with them are now considered more or less standard repertoire in the genre.

Don’s period recording for Narada was fruitful in terms of opening up the possibilities for more international touring, and he started playing regularly in Japan, Taiwan, the USA, and multiple European countries. In 2005, Don entered into negotiations with the internet-based label startup CandyRat Records, and became the company’s first signed artist. Since then, Don has released multiple CDs for the label, and two live concert DVDs. In addition, he has released three other albums independently. Over the course of that time, Don’s touring base has gone on to include trips to Australia, India, Russia, China, South Korea, and a dozen European countries.

During the Covid-19 pandemic, Don went back to university, completing a Master of Arts degree in Orchestration through the University of Chichester (UK) and ThinkSpace Education, and graduating in early 2021. He immediately started working extensively in the world of scoring orchestral and electronic music for video games, films and television.

In 2021, Don won the prestigious Walter Carsen Prize for Excellence in the Performing Arts, administered by the Canada Council for the Arts.