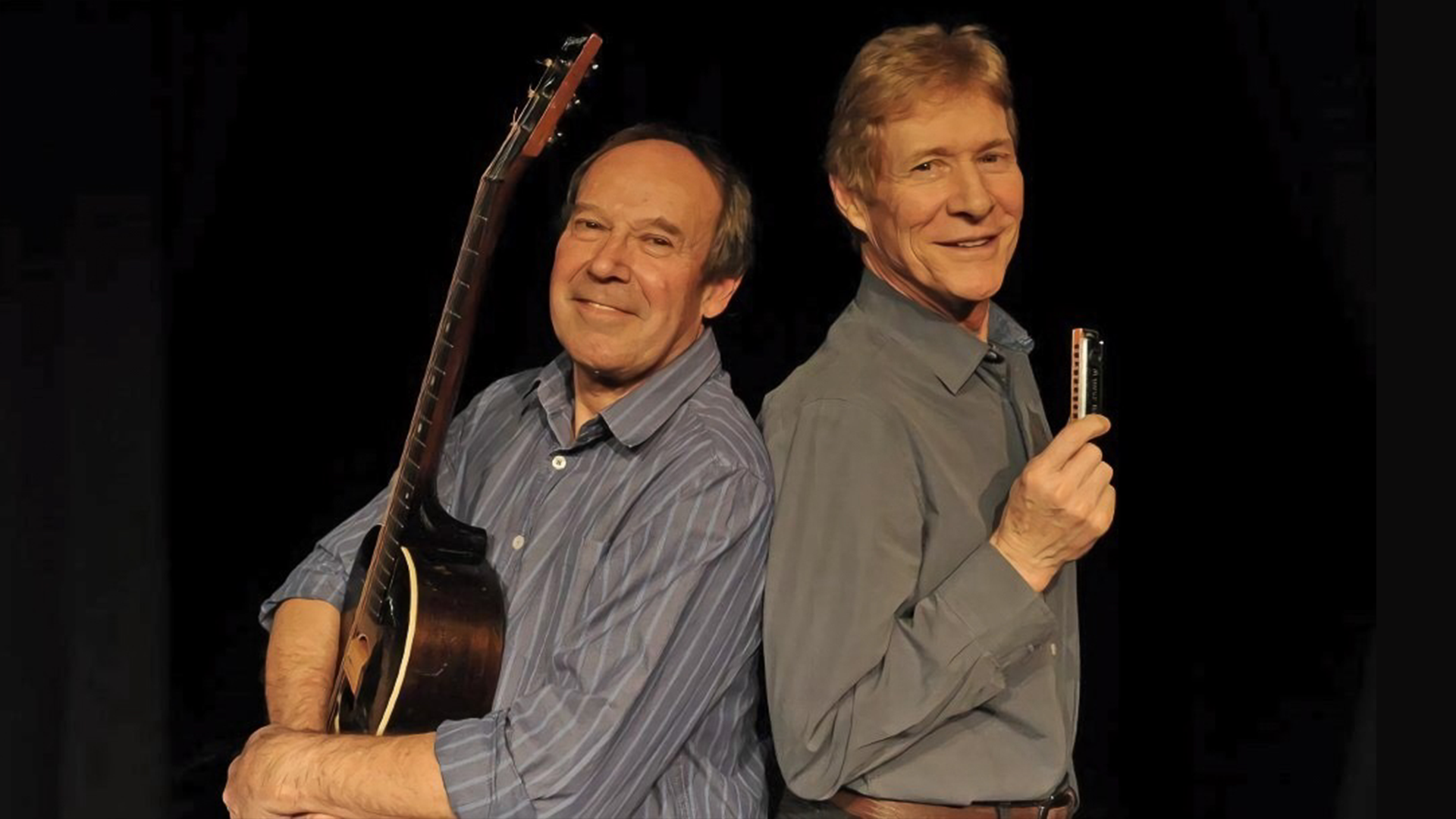 Two seasoned, erudite entertainers. A guitar, harmonica, two authentic, thrilling blues voices and an envious repertoire of songs and reminiscences most musicians can only dream of. As the current parlance goes; what’s not to like? Talent and musicianship are essentials in entertainment, but when you align these with well over a century of combined experience, then with Mr. Jones & Mr. Kelly, you’re in for something very special indeed.

Paul Jones has been presenting his immensely popular weekly rhythm and blues show on BBC Radio 2 for over 25 years, but even that feat is only a thread in the tapestry of a career which began in 1962 when Brian Jones asked him to join the fledgling Rolling Stones. Instead he joined another legendary outfit, Manfred Mann, who, following their blues apprenticeship playing with the likes of Otis Spann and Sonny Boy Williamson, were soon topping the pop charts with durable, perennial hits such as Do Wah Diddy and Pretty Flamingo. His versatility propelled him into a further career as a skilled stage actor in both London’s West End and on Broadway. As a composer his work has been eagerly used by artists from Carlos Santana to Al Kooper, and many a film, TV show or commercial has benefited from his work. And then, in 1979, this master of the harmonica went back to his roots with the formation of The Blues Band, still going strong after 36 years. Sharing their stage with Paul is another sturdy mainstay of British Blues, Dave Kelly.

If there’s an aristocracy of the blues, then Dave Kelly makes Downton Abbey look like a bus shelter. Appellations such as ‘craftsman’, ‘seasoned journeyman’ are real currency here. Dave’s roots go deep. Starting out with his much-missed sister, the late Jo Ann Kelly back in the early 60s, as a member of the John Dummer Band his talent allowed him to live the dream as a sideman – and friend – to the great cornerstones of the tradition, including John Lee Hooker and Howlin’ Wolf. His virtuosity as a blues musician and composer led to many solo albums and soundtracks for BBC TV’s King of The Ghetto and The Comic Strip’s Strike!, and his fame reached new heights in Vancouver in 2013 when he joined an epic line-up on stage which included the crème de la crème of guitar heroes, the legendary James Burton and Albert Lee. Dave has been called ‘Europe’s Premier Bluesman’, but even that title hardly does him justice. His repertoire delves into all his passions, from Buddy Holly to Muddy Waters, from down-home front porch country to heartfelt love songs, with a memorable voice underpinned by stunning fretboard artistry.

Looking at our popular culture, dynamic duos loom large. Sam and Dave, Lennon and McCartney, Wallace and Gromit, Batman and Robin … the list is long and impressive, but when it comes to the Blues, heading this panoply of partnerships Paul Jones and Dave Kelly reign supreme. Don’t miss them as they perform at the Rogue as part of their last ever North Amercan tour.