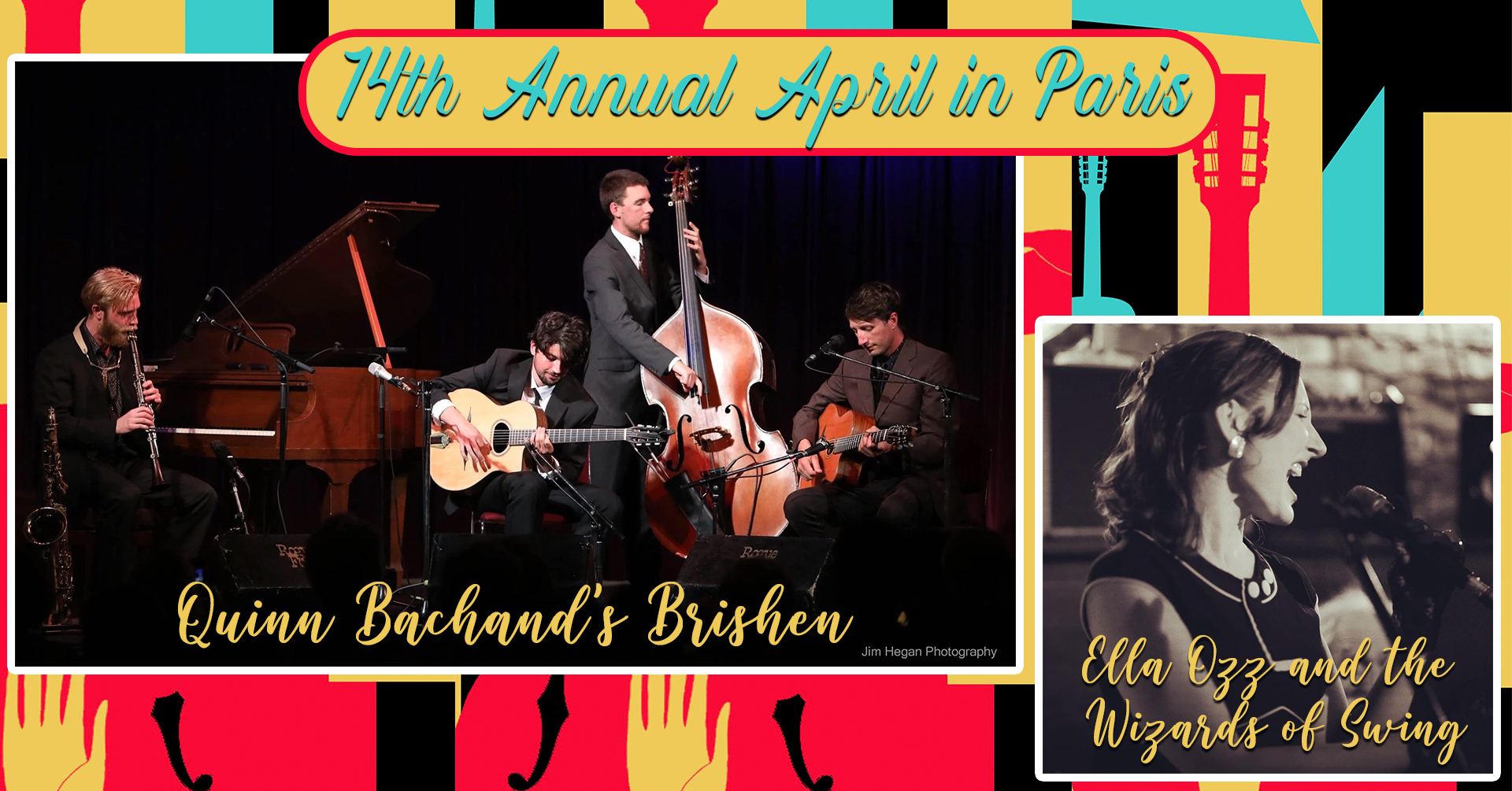 Brishen is Romany for ‘bringer of the storm’. Quinn Bachand is one of Canada’s most outstanding young musicians. He and his band serve up their original western and euro-gypsy swing homage.  With a tight grasp on the music that embraces the swing tradition, Quinn takes audiences on an inventive quest which, through its technical virtuosity, brings together a spellbinding range of musical history to reinvent the categories of swing jazz, pop and country, celebrating the music of the ‘30s, up to and including the ‘60s.  Quinn Bachand’s Brishen creates a space where virtuosity meets vibe, leaving you with a sense of jubilance and nostalgia.  The band has toured across Canada, the United States and Europe, performing at major folk, jazz and gypsy jazz festivals.  They’ve been nominated for five Canadian Folk Music Awards, two Western Canadian Music Awards and recently won an Independent Music Award in the Jazz category for their latest album, Blue Verdun.

Acclaimed American jazz and bluegrass violinist and roots music expert, Matt Glaser, says: “Welcome to the visionary musical world of Quinn Bachand.  I was flabbergasted when I put on this recording for the first time, and you will be too, as you take a journey into the wild imagination of Quinn – a musical world that includes strands of various  epochs of pop music, film music, gypsy jazz, western swing,instrumental virtuosity on guitar and violin, storytelling, songs, amazing arrangements, and a dance band sensibility that almost sounds like it came from another planet!  So sit back, enjoy and let this amazing music wash over you.” Be prepared to be wowed with sizzling hot, world-class Gypsy Jazz and swing music performed with incredible virtuosity and soul!

“He has the depth and maturity to match his unending virtuosity on the guitar.” – John Jorgenson
“Thrilling virtuosity, while displaying great freshness and originality.” – Mojo Magazine

Ella Ozz and the Wizards of Swing

This up and coming band on the Vancouver Gypsy jazz scene is fronted by the vivacious Ella Ozz, chanteuse. Her sparkling personality and impressive ability to interpret classic and contemporary songs has gained her many fans for her around the city. Most of the band members are familiar to those who are fans of the Hot Club of Mars, like the masterful Michael Dunn & Don Kellett on guitars and Mark Dowding on sax.

Concert is live and live streamed.