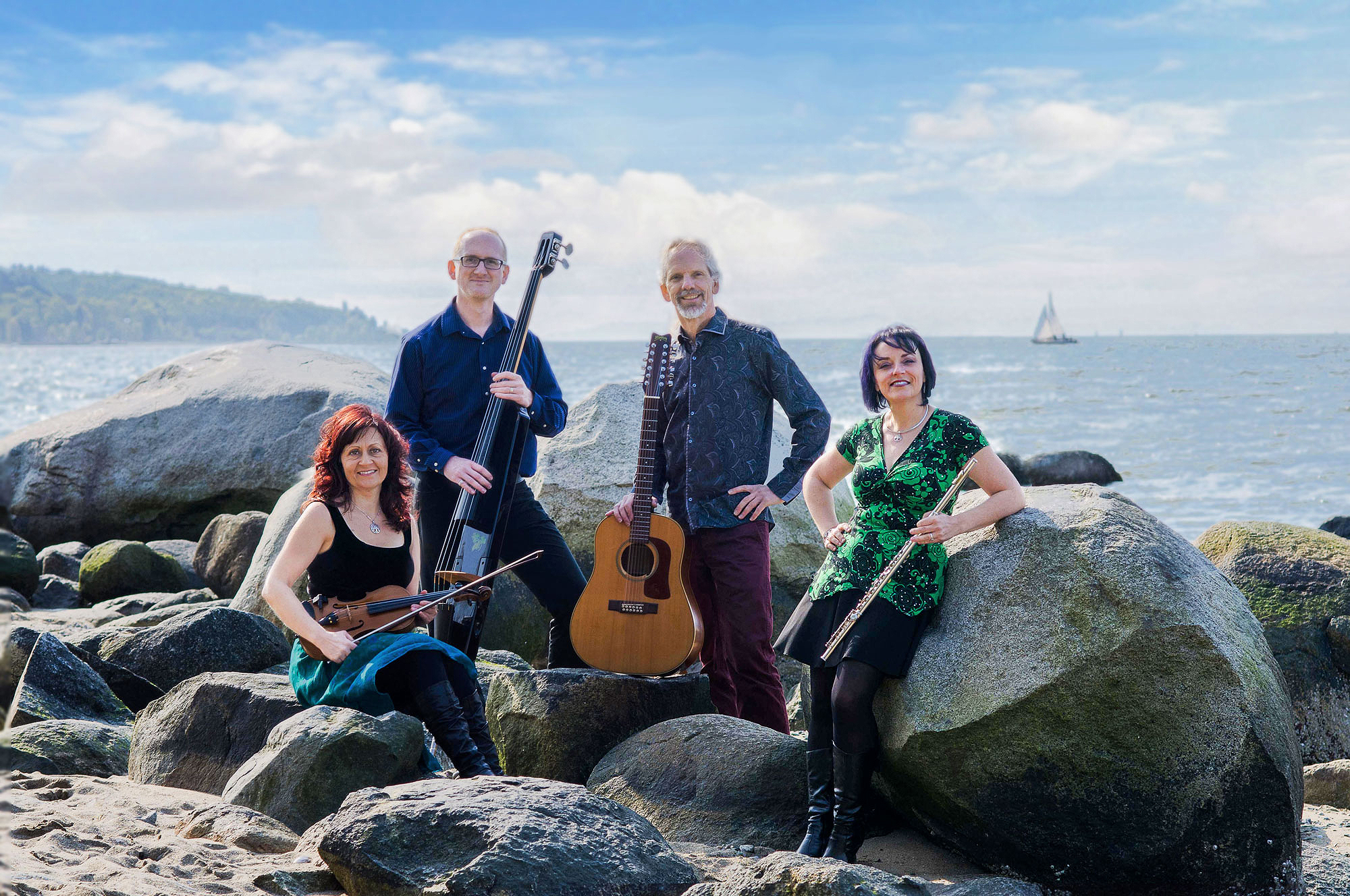 Blackthorn is a Canadian Celtic folk band that saw its inception back in 1989 with a group of musicians who found a common interest in a music that wasn’t all that common in Vancouver at the time. Since then, the group has travelled a long road through the streets of traditional and contemporary Celtic music, performing concerts and at Celtic and Folk Festivals and Highland Games throughout Western Canada and the Pacific Northwest.

Blackthorn features four talented musicians, three of whom share lead vocals, bringing a refreshing diversity of character to the group’s polished sound and all four contribute a mastery of a colourful variety of instruments. The results of their collective musical backgrounds, skills and experience are witnessed in the high-calibre, entertaining performances they consistently deliver to audiences of all ages.

Blackthorn’s extensive repertoire is rooted in the musical traditions of Scotland and Ireland as well as the folk music of English and French Canada. Their repertoire has expanded to include creative original compositions that reflect the influences of these traditions. From lively jigs and reels, to songs with rousing choruses and heart-wrenching airs and ballads, they bring the music to life with their luscious harmonies and complex instrumentation.

Tim Readman is a musician, singer, songwriter, producer and music journalist, originally from County Durham, England and now based in Vancouver. He has an extensive repertoire of original songs and can also perform everything from traditonal folk songs to more contemporary material. He is the leader of Canadian Celtic/folk favourites Fear of Drinking, with whom he has recorded four albums, and has played for years with Canada’s Clown Princes of musical comedy, The Arrogant Worms. Tim has an infectious sense of humour and a real ability to engage an audience with his stories and songs. He can entertain in any setting, from concert hall to festival to house concert.

Prairie Wolfe is a native of Vancouver. She got her fiddling start over 20 years ago, inspired by Canadian/Metis fiddler Anne Lederman. She went on to other styles of fiddle, including Scotish, Irish, Quebecois, and Cape Breton (where she followed Buddy MacMaster around for a summer). Prairie is a founding member of infamous MIT contradance band La Banane Enchantee, and has appeared in Todd Wong’s popular Gung Haggis Fat Choy Scotish-Chinese cultural extravaganza. She has a rhythmic, driving fiddle style that blends well with Tim’s guitar playing and gets toes tapping. Prairie also performs with Seattle-based French Canadian band Podorythmie, where she picked up step-dancing.