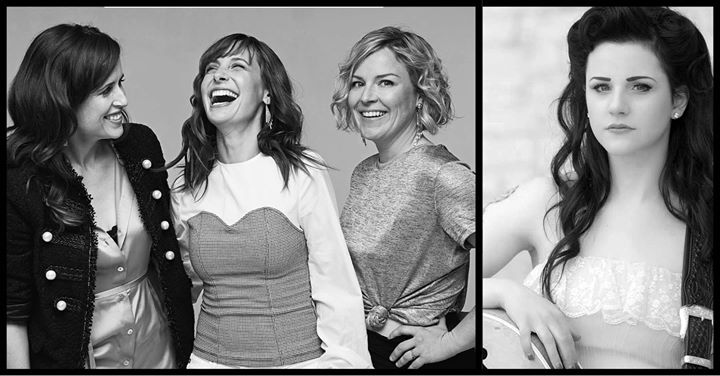 The Good Lovelies (ON)
You hear a lot these days that something is greater than the sum of its parts; yet there’s really no better way to describe the musical essence of The Good Lovelies. Kerri Ough, Sue Passmore, and Caroline Brooks are immensely talented vocalists and songwriters in their own right; however, it’s their voices interwoven in harmony that elevates The Good Lovelies from impressive to peerless. Over the course of their decade-plus career, they’ve covered plenty of stylistic ground, adding tinges of pop, roots, jazz, and even hip-hop to their country folk core.

Shaela Miller Trio (AB)
Shaela Miller has spent the majority of her life in the windy southern Alberta city of Lethbridge honing her skill as a songwriter. Her affinity for classic country greats gives her an unparalleled disposition as an original ambassador of a new wave of country music. When asked to describe her music she replies simply: “Honky Tonk”. But that’s certainly not all it is. Touching ballads, dance hall shuffles and dark alt-country are all part of the package. With a voice that will send shivers up your spine, Shaela’s musical force is unabated and unrivaled.