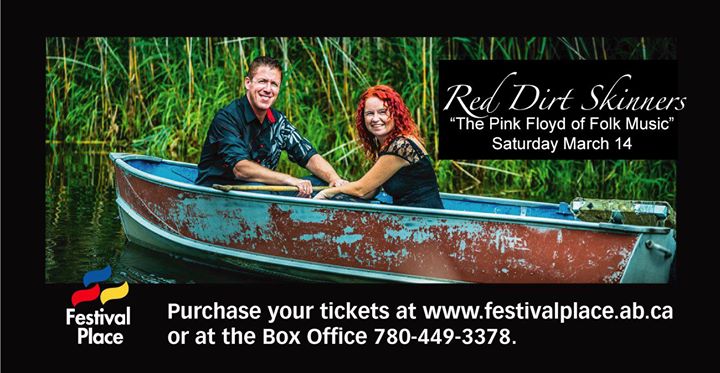 Described by Roots Music Canada as “The Pink Floyd of Folk Music” the Red Dirt Skinners are the multi-award winning, multi-instrumentalist husband and wife team of Rob and Sarah Skinner. The first act in history to achieve accolades at both the British Blues and British Country Awards, the duo’s unique sound also won them folk/roots album of the year in several polls across the UK and North America and saw them nominated “duo of the year” at the International Acoustic Music Awards. If you like songs influenced by Pink Floyd, Simon and Garfunkel, Supertramp, Crosby Stills and Nash, David Bowie coupled with some epic storytelling, humor and heartfelt emotions, you’ll love a Red Dirt Skinners concert.