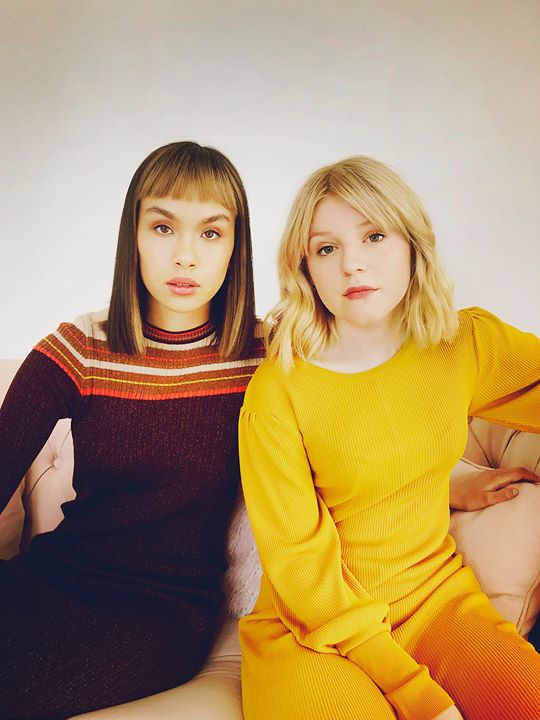 #1 Winners of the 2018 edition of Slaight Music’s national ‘It’s Your Shot’ songwriting contest and the grand prize of a $100,000 Artist Development contract, teenage Toronto folk tinged indie-rock propelled duo Moscow Apartment is as instinctive as they come.
The naturally-engrained chemistry between singers-and-songwriters Brighid Fry and Pascale Padilla is evident on their 2017 five-song, self-titled EP that earned them extensive airplay on CBC and NPR and also reflected in a performance style that has made them the darlings of music festivals across Canada including Ottawa Bluesfest, Riverfest and Halifax Pop Explosion.

With a 6 song sophomore EP coming out on Hidden Pony Records in June 2020, Moscow Apartment’s fresh, genuine and candid perspective through the window of their adolescent world speaks to the masses as only they can. The follow up to their award debut sees them collaborating with Grammy award winners Vance Powell & Chin Injeti as well as Kevin Drew. Organic music at its finest.