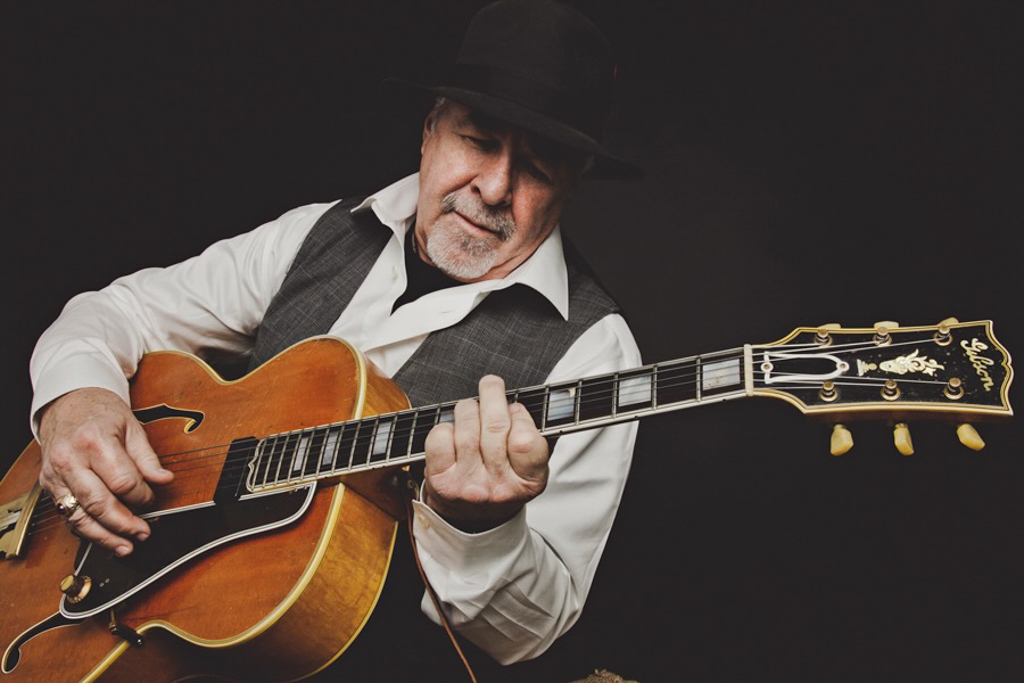 Vancouver music legend Jim Byrnes returns to the Mel Lehan Hall for an evening of true blues on May 20th.

We all know Jim Byrnes. Singer. Songwriter. Actor. Radio host. Voiceover guy. All round Vancouver personality. He’s one of those colourful characters that makes our city a little more fun to live in. He cares about the arts, and he cares about the Rogue Folk Club. That’s why he’s bringing his great band back to the Rogue.

Jim was born in St. Louis, Missouri – that’s blues country. He grew up on the city’s north side. One of the neighbourhood bars had Ike and Tina Turner as the house band. As a teenager going to music clubs, he and his buddy were often the only white people in the place. “We never had any problems. We were too naïve, and had too much respect for the music and culture – they knew it, they could tell.”

By age thirteen, Jim was singing and playing blues guitar. His first professional gig was in 1964. Over the years, he has had the great good fortune to appear with a virtual who’s who of the blues. From Muddy Waters and John Lee Hooker to Taj Mahal and Robert Cray, Jim has been on the blues highway for almost 50 years.

Byrnes moved to Vancouver, BC in the mid-70s after years of drifting, working odd jobs and playing music. In 1981 he put together a band that became a staple of the local music scene. In 1986 the Jim Byrnes Band played 300 nights. The pattern was set, and he hasn’t slowed down yet.

Jim Byrnes’ fame as an actor has grown immeasurably from his too-numerous-to-mention TV and movie roles, highlights including television’s Wiseguy and Highlander series, and his national variety show The Jim Byrnes Show. Jim has proven that a serious car accident in 1972 has done anything but hinder him. Despite two swipes with death and some pretty hard knocks, Byrnes has still managed to rack up an enviable string of credits, both on and off-screen.

Jim is one of Canada’s best-loved musical icons. He has the ability to charm audiences beyond their wildest dreams. Listen and be taken away!

Concert is live and streamed.

This concert was postponed in January.