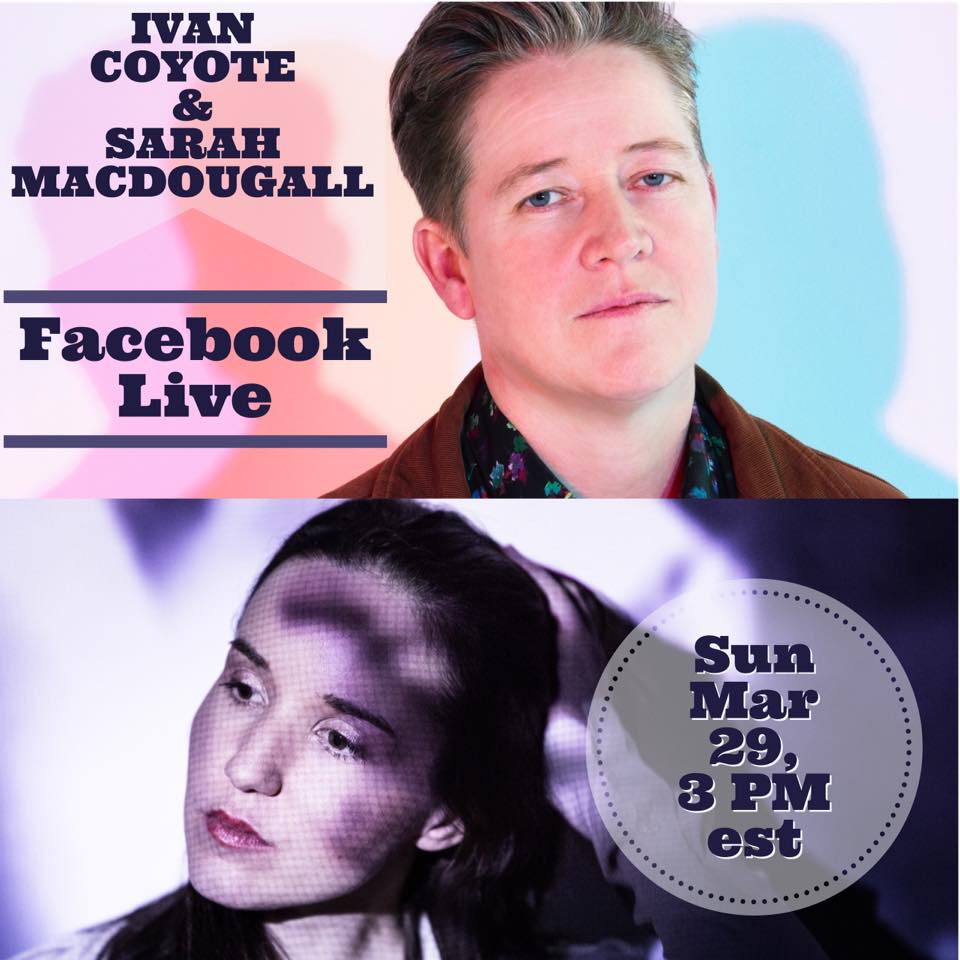 Multiple Award winning singer/songwriter Sarah MacDougall is known for her poetic songs and passionate performances. Sarah mixes folk, pop, and rock elements into her infectious, often epic songs. Born in Sweden, now based in Canada, Swedish magazine Nöjesguiden declared her: “one of Sweden’s best singer/songwriters’ and Rootstime Belgium described her as ‘One of the greatest talents of our era”.

Sarah has played festivals such as Iceland Airwaves, Edmonton Folk Festival, Reeperbahn, and has shared the stage with artists such as Bruce Cockburn, Tallest Man on Earth, Buffy St. Marie, Passenger, and more.

Her most recent release, ‘All The Hours I Have Left To Tell You Anything’is a record about strength, identity, death, the breakdown of relationships, birth, and the ghosts we honor and carry throughout. It is Sarah’s fourth record. It was written in the midst of the death of her grandparents, the birth of her niece, and a break up. The nine songs are also influenced by the places that made her and changed her: the dark beauty of Scandinavia the vastness of the Canadian North .

Ivan Coyote is a writer and storyteller. Born and raised in Whitehorse, Yukon, they are the author of twelve books, the creator of four films, six stage shows, and three albums that combine storytelling with music. Coyote’s books have won the ReLit Award, been named a Stonewall Honour Book, been longlisted for Canada Reads, and been shortlisted for the Hilary Weston Prize for non-fiction. In 2017 Ivan was given an honorary Doctor of Laws from Simon Fraser University for their writing and activism. They have toured public schools solo around the world for 17 years now, using the power of a personal story to fight bullying and make schools safer for students, staff and parents. In 2019 Ivan marked 25 years on the road as an international touring storyteller and musician, and released their twelfth book, Rebent Sinner, with Arsenal Pulp Press. Coyote’s stories grapple with the complex and intensely personal topics of gender identity, family, class, and queer liberation, but always with a generous heart, and a quick wit. Ivan’s stories manage to handle both the hilarious and the historical with reverence and compassion, and remind us all of our own fallible and imperfect humanity, while at the same time inspiring us to change the world.