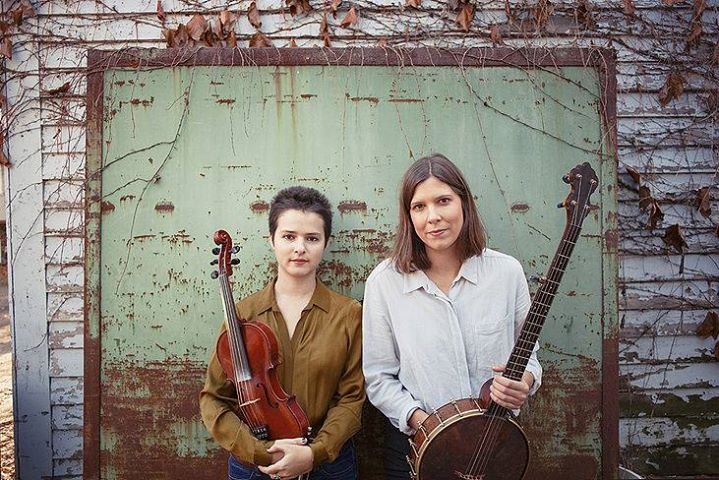 Allison de Groot & Tatiana Hargreaves’s self-titled debut album is a powerful opening statement. To be released March 22, the record not only showcases the duo’s impressive musicianship, but is a reflection on which voices we seek to hear as we explore the expansive, diverse canon of American roots music. The album’s 13 tracks feature lesser-known American fiddle and banjo songs from African American duo Nathan Frazier & Frank Patterson, centenarian Arkansas fiddler Violet Hensley, bluegrass pioneer Alice Gerrard, contemporary master tunesmith Judy Hyman (The Horse Flies), and more. Already leaders in the young generation of roots musicians, de Groot has become known for her intricate clawhammer banjo work with Molsky’s Mountain Drifters, while Hargreaves has brought her powerhouse fiddling to the stage with Gillian Welch and Laurie Lewis. Together they create a sound that is adventurous, masterful, and original, as they expand on the eccentricities of these old songs, while never losing sight of what makes them endure.