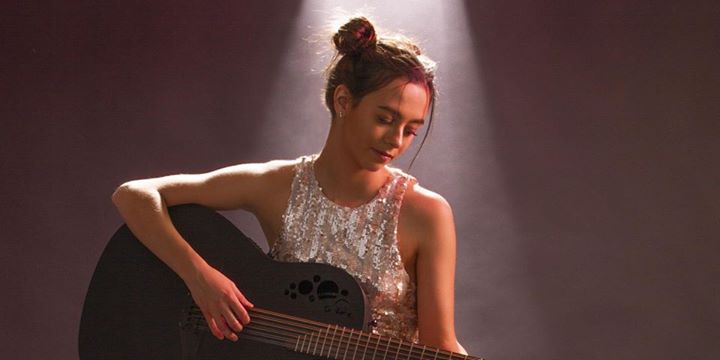 Heidi Wright is an emerging Canadian Songwriter, born in Quebec in 2002. She currently lives in Winnipeg and began writing music when she was 12 years old after receiving a guitar from her father.

In the fall of 2018, Heidi was acknowledged for her song, “The Boys of Valour Road” which received National Recognition as a Remembrance Day song that connects our current generation to Canadian War Veterans. The song received airplay on numerous radio stations across Canada and was televised by CBC and CTV. She was also presented with an award by MLA Andrew Swan in the Manitoba Legislature for, “The Boys of Valour Road”.

In 2019, Heidi was invited to perform at the Valour Road Remembrance Day Ceremony where she met relatives of the soldiers she wrote about.
Heidi performs regularly and has played diverse venues including the Winnipeg Folk Festival (as a member of the Stingray Youth Performers program) The Bluebird Cafe and Tootsie’s in Nashville Tennessee, as well as the CANO Conference.