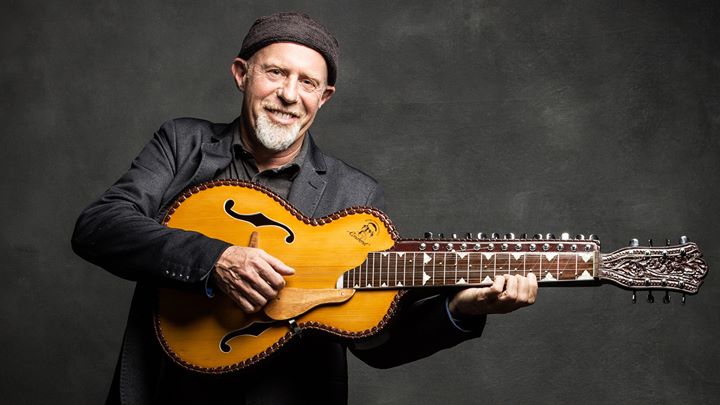 Blues man Harry Manx has been called an “essential link”
between the music of the East and West – creating musical short
stories that wed the tradition of the blues with the depth of
classical Indian ragas. Manx has established a unique Indo-blues
hybrid that is hard to forget and incredibly addictive to listen to.
He has forged his distinctive style by studying with many legends,
first as a sound-man in the blues clubs of Toronto during his
formative years, and then under a rigorous tutelage with Vishwa
Mohan Bhatt in India, where he also learned the voicings of
Indian music – a subtle art that only comes with years of practice.
In fact, Bhatt was the inventor of the 20-stringed Mohan Veena,
which has become Manx’s signature instrument! A prolific artist,
Manx has released 12 albums in as many years with no signs of
slowing down. He has also received seven Maple Blues Awards,
six Juno Award nominations and a Canadian Folk Music Award for
Best Solo Artist.