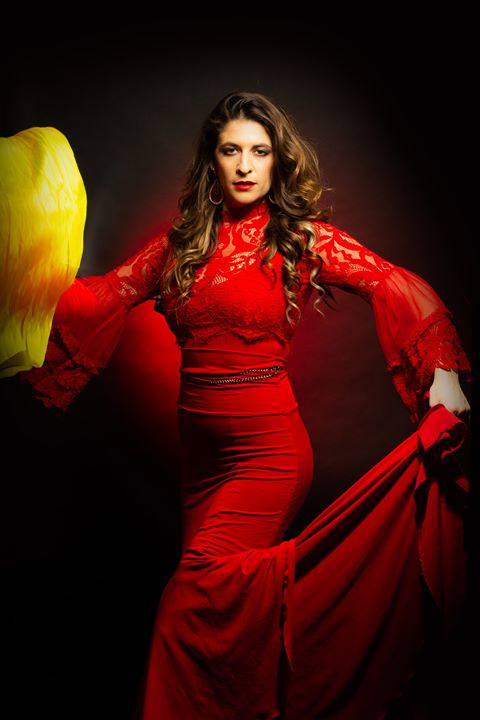 Tamar Ilana is a fiery flamenco dancer and powerful multi-lingual vocalist who has been touring the world since the age of five. With her band Ventanas, she has recorded three albums and been nominated for four Canadian Folk Music Awards.

Since the Coronavirus pandemic struck Toronto, Tamar has continued her role as a pivotal presence in the International music community, performing online as a part of the Aga Khan Museum’s Pocket Performance Series, the Wales International Storytelling Festival, the Wanderings Podcast based out of Kiev, and daily live Instagram improvisational sets where she is creating her new electro-acoustic world sound. Tamar is also keeping busy as Artist Liaison with the URGNT Live online venue.

Tamar is of Jewish-Indigenous-Romanian-Scottish descent, and she derives inspiration from her personal and cultural history growing up in the multicultural city of Toronto; accompanying her ethnomusicologist mother on fieldwork expeditions as a child; and living in Ibiza, Barcelona, Paris and Seville as a teen and young adult. Tamar has also appeared in award-winning international musical theatre productions such as Counting Sheep Revolution and Yaël Farber’s Salomé and has recently collaborated with Jesse Cook, Jaffa Road, Esmeralda Enrique, Sultans of String and the Mississauga Symphony Orchestra.