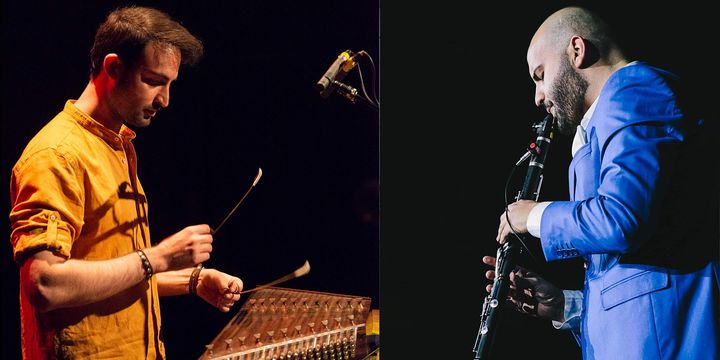 CaféMusic is a monthly concert series on first Sunday of each month focusing on showcasing World Music and non-mainstream instruments presenting their full potential as solo instrument in an intimate setting.

This concert is featuring Majd Sekkar on Clarinet from Syria.

Majd Sekkar Bio: A member of the Canadian Arabic Orchestra and a clarinet and Arabic music theory teacher at the Canadian Arabic Conservatory, Majd Sukar has performed with renowned artists on stages across Syria, Lebanon, Jordan, and Algeria and completed Humber College’s jazz performance program. Soon after moving to Canada in 2016, he began to work with a variety of local and international musicians and composers and perform across the country. He has given master classes on Arabic music theory and incorporating clarinet in Middle Eastern music at the University of Toronto and York University, and, in addition to his own quartet that mixes, and transcends, jazz, Middle-Eastern, and other music, plays in a number of Toronto’s favourite bands including Fethi Nadjem Ensemble, Moneka Arabic Jazz, and Moskitto Bar.