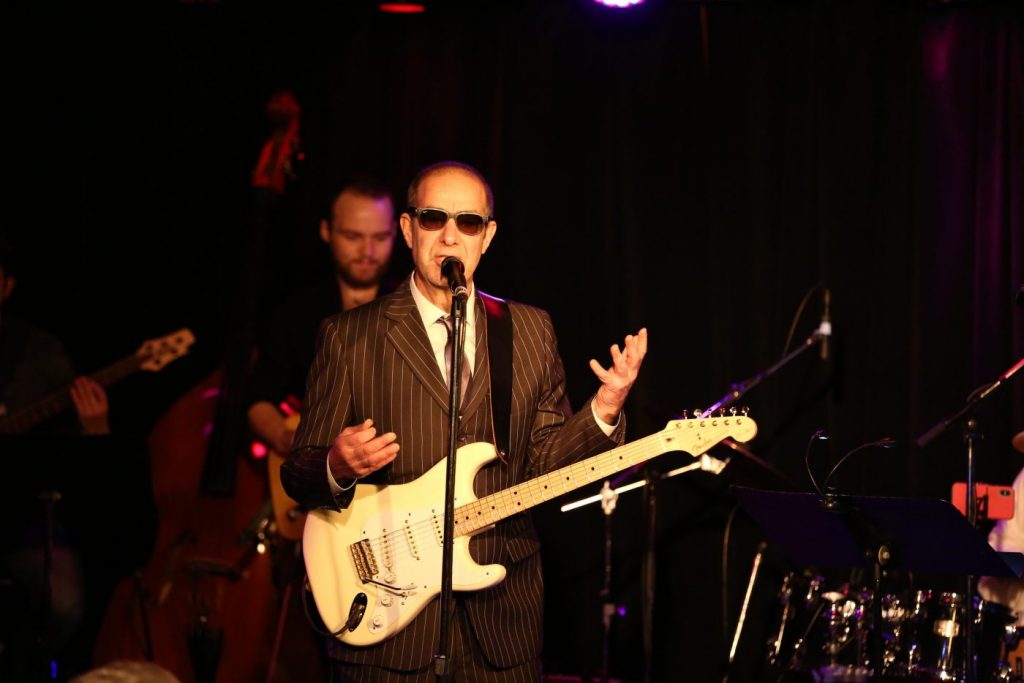 Get ready for a showcase of Toronto’s top blues talent.

BLUZ.FM host Danny Marks is joined by some of Canada’s most renowned blues musicians and emerging artists for one night only at Hugh’s Room Live on Wednesday, February 26.

Juno Award winner Harrison Kennedy is a music legend all around the world, having taken his homespun, globetrotting blues to Europe and back. His origins with the group Chairmen of the Board give him that lasting Motown cred.

Paul Reddick, known as “Canada’s poet of the blues,” has many awards under his harmonica belt and brings a profound lyricism to every note he sings and plays.

Bill and Jesse King are the celebrated co-hosts of Soul Nation on JAZZ.FM91. Bill King’s music legacy is legendary, while his son Jesse is an award-winning musician on the cutting edge of mixing modern and timeless funk.

Montreal-based actress, singer, songwriter, broadcaster and activist Carolyn Fe brings a touch of Mae West to her stage show. She likes her blues on the edge and off-centre.

The sensational Alison Young is on every band leader’s list as the first call for support. This time, the sassy saxophonist steps into the spotlight and will dazzle with her soulful diversity.

Rising star Jenie Thai is an accomplished singer-songwriter and pianist who is capturing hearts across Canada and beyond. Her composition Now Is All You Have is a JAZZ.FM91 fave.

Anwar Khurshid is a genre-bending sitar master who will lend an exotic touch to the proceedings. His experience in both blues and classical music will come to the fore.

Matt Burns and Justine “the Bass Machine” Fischer make up a fine young rhythm section well known as the heartbeat of Hamilton. The two will bring their deep groove over to Toronto to back up all the features in Blues Party Tonight.

And last but not least, Danny Marks is our congenial master of ceremonies, well known to JAZZ.FM91 listeners as Saturday night’s host of BLUZ.FM. He promises a night of spontaneous combustion in music and spirit, featuring all the many colours of the blues.

For tickets, head to Jazz FM.