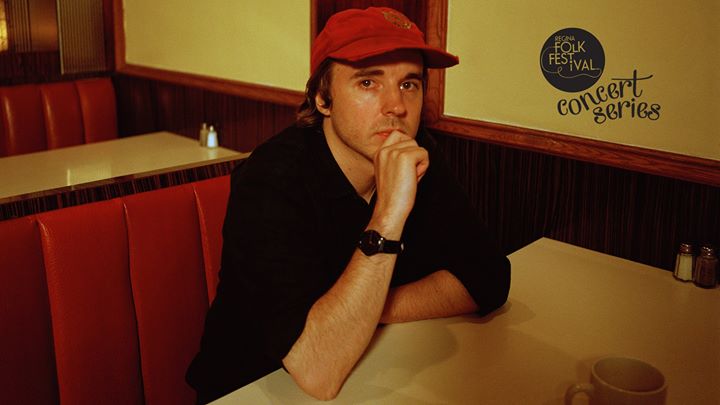 Tickets are now on sale!
——————————————-
Few artists are storytellers as deft and disarmingly observational as Andy Shauf. The Toronto-based, Saskatchewan-raised musician’s songs unfold like short fiction: they’re densely layered with colorful characters and a rich emotional depth. On his new album The Neon Skyline (out January 24 via ANTI-), he sets a familiar scene of inviting a friend for beers on the opening title track: “I said, ‘Come to the Skyline, I’ll be washing my sins away.’ He just laughed, said ‘I’ll be late, you know how I can be.'” The LP’s 11 interconnected tracks follow a simple plot: the narrator goes to his neighborhood dive, finds out his ex is back in town, and she eventually shows up. While its overarching narrative is riveting, the real thrill of the album comes from how Shauf finds the humanity and humor in a typical night out and the ashes of a past relationship.

Like he’s done throughout his career, Shauf wrote, performed, arranged, and produced every song on The Neon Skyline, this time at his new studio space in the west end of Toronto. Happy accidents like Shauf testing out a new spring reverb pedal led to album cuts like the woozy closer “Changer” and experimenting with tape machines forced him to simplify how he’d arrange the tracks. Over the course of a year-and-a-half, Shauf ended up with almost 50 songs all about the same night at the bar. Though paring down his massive body of work to a single album’s worth of material was a challenge for Shauf, the final tracklist is seamless and fully-formed.

With any album about a lost love, the key ingredient is a generosity and kindness that can only come from a writer as empathic as Shauf. On the standout personality-filled single “Try Again,” the narrator, his friends, and his ex find themselves at a new bar. The former lovers’ reunion is awkwardly funny and even sweet, as he sings, “Somewhere between drunkenness and charity, she puts her hand on the sleeve of my coat. She says ‘I’ve missed this.’ I say “I know, I’ve missed you too.” She says, ‘I was actually talking about your coat.'” It’s a charming moment on a record filled with them. Shauf’s characters are all sympathetic here, people who share countless inside jokes, shots, and life-or-death musings on things like reincarnation when the night gets hazy.

On top of heartbreak, friendship, and the mundane moments of humanity that define his songwriting, Shauf makes music that explores how easy it is to find yourself in familiar patterns and repeat the same mistakes of your past. His characters wonder, “Did this relationship end too soon? Would going to another bar cheer my friend up?” Or in the case of the foreboding “Living Room,” where a character asks herself, “How hard is it to give a shit?” the songs on The Neon Skyline ultimately take solace in accepting that life goes on and things will be okay. Shauf says, “there’s moments on the album where the characters are thinking ‘this is the end of the world.’ But there are also moments with some clarity and perspective: Nothing is the end of the world.”
——————————————-
Doors @ 7:30PM
Show @ 8:00PM
Advance tickets $25, Door tickets $32
This show will offer a few chairs but mostly standing room.