A few of Heather’s favourite songs of 2022 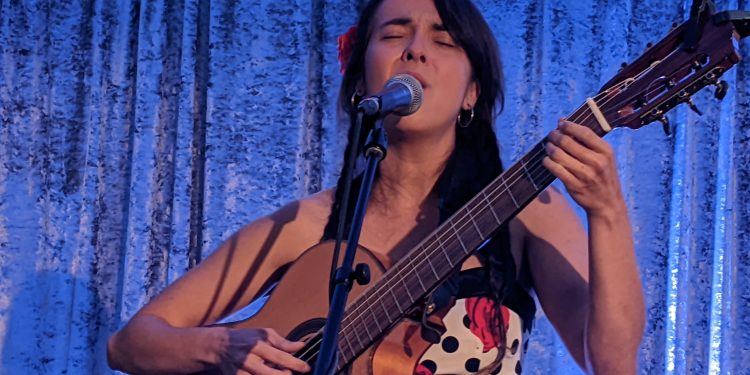 Some years are song years.

Some years are album years.

Some are a bit of everything.

Last year, I produced a lot of radio shows, which puts a person into “song mode,” trying to find numbers that pack enough of a punch in three or four minutes to hold their own between stories about overtaxed emergency rooms and charity golf tournaments.

This year I felt like I was back to listening to albums as complete works.

But of course, each album has its standouts, so here are some of the songs that stood out for me this year.

I have no idea how William Prince and Serena Ryder came together to record, but damn!  Great idea, whoever it was!  I have yet to hear a single thing I DON’T like by William Prince, but when you add Serena into the mix? gorgeous!  This is the second single they’ve done together now. Could we have an album, please?

Far and away the stand-out track from their latest album, Eleven, “Sweet Desperado” just feels like the mother of all can’t-get-you-out-of-my-mind songs. There’s no real story arc; just a collection of thought fragments that say it all, like “When you were down/I was barely able” and “Oh me oh my I miss you/It’s not my business to fix you.” Brenley Maceachern’s slightly gritty vocals even sound like she’s been up half the night as she sings the simple chorus, “I’m only ever half awake/Half awake.” And yet, the simple melody and the beautiful harmonies make this the kind of sad song you want to sing along to.

There’s no disputing that James Keelaghan is one of the true greats of the story song. He’s written a veritable canon of epic numbers based on historical figures and events: “Red River Rising,” “Hillcrest Mine,” “Honore” “Kiri’s Piano” “Captain Torres” – the list goes on. But his past efforts to mine the personal for material have often felt guarded to me. Not so on his new album, Second Hand. To my ear, this is the most well-rounded collection he’s ever written, the most consistent across subject-matter. And this song is one of several intimate ballads where he succeeds in drawing me close, allowing me into his journey to feel right along with him. “I used to think that letting go meant loving less,” he sings. Ouch. That one hits home.

One of the latest acts to pass through Studio Makusham, the facility owned by Florent Vollant of the trail-blazing duo Kashtin, was this young Innu ensemble Ninan. The sound of this song, which I’m told is about pride in being Innu, reminds me of all the things I loved about Kashtin: catchy melodies, driving rhythm guitar and wonderful harmonies.

I described this song when it came out as “badass, empowering and hopeful all at the same time.” Well, it isn’t any less so now. It achieves this trifecta through a clever interplay between the lyrics and the production values: the chant-like repetition of “no more, no more suffering,” the angry, almost whispered lines of “Fuck the oppression/the shame and the hate/fuck the addiction the sorrow and the way this heart aches,” and then the soaring chorus of “Some day/It’ll be alright/Ya someday/We’ll be free from the fight.” Take a bow Raven, ShoShona and co-producer Hill Kourkoutis.

Argentina’s loss was Canada’s gain when Onna Lou settled in Winnipeg a few years ago, and the bitterly cold weather – particularly compared to Buenos Aires – doesn’t seem to have harmed the warmth of her expressive music, which draws from Argentinian folk and tango, and, to a lesser extent, jazz and flamenco. But for me the “hit single” on her new album, Diamante, is the title track, with its dazzling pop chorus, which showcases Onna’s stunning, crystalline vocals.

OK, I’m sneaking one in that came out last year because, well, I was late, OK?? Yael had been away from recording for FOURTEEN years when she put out her album Saltwater Heartwood last summer, but what’s that thing they say about it being like riding a bicycle? Her songwriting is as splendid as ever, and her talent for capturing mere moments in song, like musical Polaroids, is fully intact. This would be a classic example. It feels like a snapshot of her life on Saltspring Island, a moment of COVID-inspired melancholy perhaps as she contemplates the quiet and isolation of island life and the energy of the city that may be calling her back to record.

Goddam, I love Sophie Lukacs. Is her debut album out yet? I mean, for starters, I love the kora. What’s not to love? The stunning harp-like sound of this west African instrument is part of the reason you can practically hear the sun in the music from this region. But Sophie is a rare western singer-songwriter to use it as her primary accompaniment, and when you pair this stunningly beautiful instrument with this melancholy lyric about a relationship run its course, wow. Talk about a bittersweet combination.

ShoShona Kish and Amanda Rheaume could not have chosen a more distinctive-sounding artist as the first signing to their Indigenous record label Ishkode. Aysanabee’s vocal style, his guitar work – everything about him oozes soul in a very unique way. Producer Hill Kourkoutis was a great match for his sound, and nowhere is this more evident than on “We Were Here,” which opens with a series of confident, assertive piano chords and evolves into a driving reclamation of identity and territory.

Sometime in early November I was running some errands on a weekend and could not get a certain chorus out of my head.

“And I’ve had enough/Excuse me, I’m leaving/I just don’t feel like being here any more.”

What WAS this classic from long ago that had suddenly popped back into my head? God, this age thing is killing me. Why can’t I remember song titles like I used to?

It took me a full two days to realize that this was not a classic from long ago at all. It was “Murder 13,” a brand new song from Julian that I had, to date, heard exactly twice – once when he performed it live at the Folk Music Ontario conference and once when I’d given a first listen to his new album perhaps a week or two before. The fact that the melody and lyrical hook instantly registered in my mind as “classic” is reason enough to put this atop my songs-of-the-year list. But consider too that Julian wrote this about one of his best friends, who also happened to be Toronto’s 13th murder victim of the year the year he died. It’s a haunting reflection on childhood innocence giving way to juvenile delinquency. And while the song itself does not explicitly comment on the role of race in Julian and his friends’ stories, he talked about it with the audience at FMO — how the best efforts of parents to keep their children safe from harm still failed for several of his friends. The song is at once beautiful and bleak and will make the hair on your arms stand on end.

How Andrea Ramolo made Quarantine Dream during ...