A few of Corby’s favourite songs from 2022 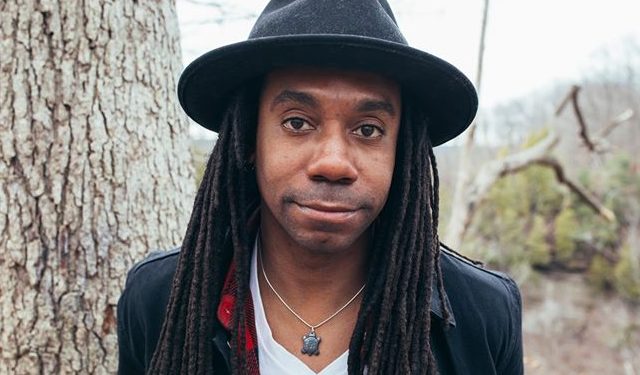 In the best interests of harmony and courage, our Canadian song creators have once again spent this year hip-deep in the high waters of inspiration, engaged in a musical tag and release cull for the benefit of all of us listeners downstream. Here are 10 beauties that ended up in my net. Ranking is sort of arbitrary. You can’t compare pickerel and salmon.

In different hands, it might have become a tourist board ditty, but the song and the singing raise this nostalgic evocation of James’ home province into a bright moment of heartfelt pride. Written with fellow Calgarians The Small Glories, the song is just one emotional highlight in his recent gem-studded album, Second-Hand – Roots Music Canada’s Album Of The Year.

9. “Blood Runs Like A River” by Evan Redsky https://www.youtube.com/watch?v=3GRsAgzVzv8

The 2016 murder of Colten Boushie in Saskatchewan was, and remains, a flashpoint for critical attention to the racial bias of Canadian courts. In this tribute song from Evan Redsky’s Oblivion album, the eerie screech of pedal steel presides over the ominous pace, the clenched vocals and the loaded lyric “Out on the street / begging for change“ – combining to open a chasm of bottomless pain and unanswered questions that extend into larger ripples of memory, irrecoverable loss – and hope.

A little slice of niceness from two beloved Afro-Montréalers, affirming the values of community, history and freedom of speech over top of Elijah Mansevani’s riffing guitars and a propulsive two-step beat. The voices, emerging from a melodic crucible, echo Donald Byrd’s Christo Redentor, building into a storming manifesto demanding a more glorious future, all delivered in compelling rhyme and beats from a simple soapbox.

Whimsical imagery comes in waves that sparkle like wind chimes in the breeze of Lori Cullen’s voice in this short, key-shifting co-write with Ron Sexsmith off of her latest album Blood Wonder. Buoyant strings and a bass drum with a cardio intensity develop a rapture of emotion that reaches out to embrace the beloved, and the listener, with the assurance of the titular mantra.

6. “Hope For One And All” by Lucy MacNeil https://www.youtube.com/watch?v=jm2zXSlIdMY

Just as we started to round the blind curve out of the shadows of this decade’s early desperation, the alluring Maritime beacon of Lucy MacNeil’s voice puts a simple and sincere glow of certainty on David Mallett’s song of becalming promise – that there IS hope for one and all. Besides its welcome message, the song also presages a debut solo album from the Barra MacNeils’ vibrant songstress.

Another song of redemptive therapy for those among us fast approaching the brick wall of circumstance, the cleverly-crafted advice of powerful Métis songwriter Nelson Little grabs the bullsh*t by the horns, reminding us THERE’S MORE LOVE THAN HATE / AND THERE’S MORE RIGHT THAN WRONG. Joyful accordion and sweeping guitar reaffirm his optimism and bolster the prevailing confidence of his voice.

4. “Another Day” by Aleksi Campagne

Montreal fiddle-singer Aleksi Campagne finessed one of the most musically ambitious accomplishments of the year – For The Giving / Sans Rien Donner, an impeccable double album, one set of songs in two conjoined bilingual packages. The dreamy orchestration and floaty vocals of “Another Day” provide a silken sensory camouflage to Aleksi’s profound mastery of story-telling, letting the listener inside the heart of the singer with wordplay, imagery, pensive pauses and a thrillingly casual whistle solo.

3. “Which Side Are You On?” by Artists For Action https://www.youtube.com/watch?v=pRWZe1KLfq8

A coalition of the world’s most authoritative voices (a dozen of them Canadians) combined to update Florence Reece’s timeless minor-key miners’ chant in order to address the current worldwide suppression of organized resistance and activism. No neutrals are acceptable. Human rights and the appalling state of global leadership are among the issues addressed. Many radio stations have declined to air it, so there must be something to it.

Given its historic debut at the new home of Hugh’s Room in Toronto last summer, this song has since expanded into its potential as a key populist anthem of perseverance and transcendence. It was the lead single from Julian’s latest release, Beyond The Reservoir, and it has helped to further propel his surging popularity with the determined logic of its lyrics and the penetrating and urgent evolution of its melody into every heart and chart worthy of accepting it.

1. “Someone” by Genevieve Racette https://www.youtube.com/watch?v=FYw0xE52h5M

The tangle that even true love can never undo, the deathless desire for someone out beyond the barricades of a secure relationship, is embodied in the breathless mood of Genevieve’s aching refusal to succumb. Dallas Green offers empathetic vocal endorsement and her band sustains a Phil Spector level of ominous craving. From her gorgeous album Satellite.