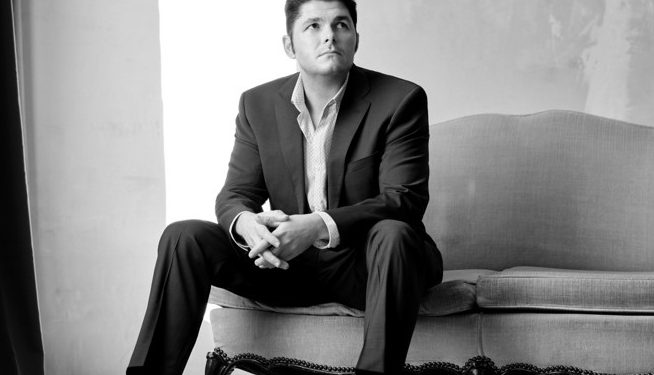 Sometimes we just don’t realize what we really have until it’s gone.  This well-known truism gives award-winning singer-songwriter André Bisson the foundation for his funky, driving new single, “Missing You.”

The first taste of the Hamilton-based artist’s ninth album, The Ballad of Lucy Stone, “Missing You” is a killer, scathing blues track with a funkified soul. André’s guitar is meaty and rhythmic, and his voice is primed with emotion and gravelly heartache. The horn section jumps in with searing melodic fills, and the super tight rhythm section solidly ushers the whole song along at a pace guaranteed to inspire maximum groove.

“‘Missing You” is about a man who has talked his way out of a good relationship and hopes that it’s not too late to fix it,” said the 2022 Hamilton Arts Award nominee. “There is a revelation that becomes clear: it’s not who we can live with but instead who we can’t live without.”

Regrets are the fuel that drives “Missing You” and makes the song universally relatable.

“Sometimes all the little changes that are asked of us are for our own benefit, to improve our own quality of life,” André explained. ”Sometimes it takes being deprived of that to realize just how truly special our relationship is. The hope is that this epiphany is realized before it’s too late.”

“Missing You” is the first introduction to André’s new album, The Ballad of Lucy Stone, his ninth since 2009. That’s a staggering average of a new album every 18 months for the past 13 years. And all that hard work is paying off. Over those 13 years, André has earned a Hamilton Blues Award for Male Vocalist of the Year and Blues and Roots Radio’s Song of the Year. He’s also been nominated for four Hamilton Arts Awards and was selected by the Grand River Blues Society to compete at the International Blues Challenge in Memphis, TN.

The Ballad of Lucy Stone is a tribute of sorts to a real, historic figure and builds its theme inspired by her story. Lucy Stone (1818 – 1893) was a women’s rights activist in mid-19th century Massachusetts. Stone was the first woman in the state to earn a college degree and became a vocal advocate and organizer for the women’s suffrage movement, which eventually led to the passing of the 19th amendment, granting women the right to vote in the U.S.

“The story of Lucy Stone reflects the theme of this album,” André said. “The road to change may be difficult, but many things worth doing often are. We must not avoid the obstacles in our lives but instead face them head on. Fear is only a reminder that we are working towards something worth fighting for.“

André certainly exhibits fearlessness and pure joy when fronting his band, which can range in size from six to 20 members. However, he’s a do-it-yourself artist when it comes to songwriting and arrangements. Much like his previous albums, He’s the sole writer of all 10 tracks on The Ballad of Lucy Stone, and he produced the album. He’s no one-man band in the studio though. While André plays all the guitars and sings lead and some background vocals on this album, he was joined by Jesse O’Brien on piano and keyboards, Mike Rowell on bass guitar, Keagan Early on drums and other percussion, Pat Carey on tenor sax, Gordon Aeichele on tenor & baritone sax and clarinet, Loretta Hale on trumpet and cello, Shawn Moody on trumpet, Rob Somerville on trombone, Lizuarte De Sousa on flute, Kevin Matthews on clarinet, Dan Rodrigues on dobro, accordion and piano, Paul Barna on violin/viola and Theresa Hale-Charters, Quisha Wint and Selena Evangeline on background vocals.

With 13 very busy years of career-building under his belt, André knows the work and dedication it takes to establish and grow in the music biz.

Big changes do not happen overnight,” he said. ”It is the little actions we take each day that make the difference.”

“Missing You” from The Ballad of Lucy Stone is available now.