Jason Schneider gives Art Bergmann his due with The Longest Suicide 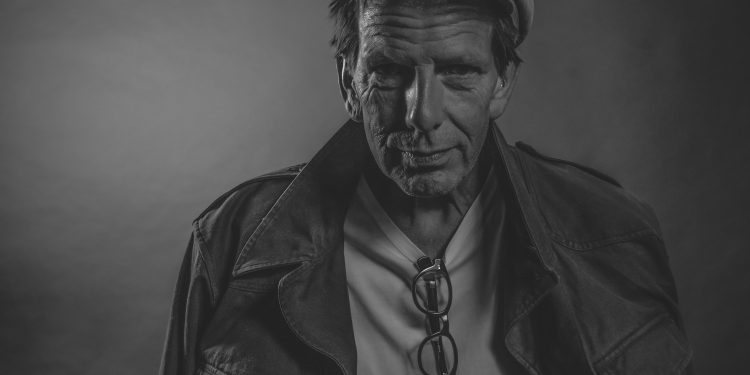 Art Bergmann is often regarded as a punk rock icon, but his songcraft appeals to fans of many genres.

Jason has worked with Art as a publicist for years and recently wrote a book titled The Longest Suicide about Art’s life and career. The inspiration for the book came when CBC published an article about Art winning the Order of Canada, the country’s highest civilian honour. 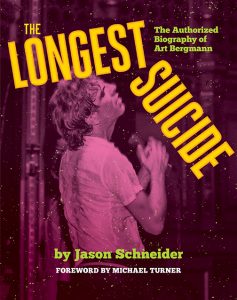 Looking through the comments, Jason found what he assumed were internet trolls asking, “Who is this guy?” He decided it was the right time to bring Art back to the forefront of the music scene.

Jason’s first encounter with Art was on MuchMusic at age 17, and it left him with mixed feelings. He recalled thinking of the songs and the vocals as weird. But on the third listen, his ear adjusted, and he started paying attention to the lyrics.

“I think from that moment on, I was like, ‘OK, this guy is pretty interesting,” Jason said. “I’d better pay attention to him and what he’s doing.'”

Meeting your heroes can be disappointing, but meeting Art certainly wasn’t, Jason said. As a fan, Jason was initially intimidated by Art and his reputation. But after Art’s re-entry into the music scene, they started working together more, and Jason admired the way Art was received by his peers.

“I guess I just saw how people were so loyal to him,” Jason said.

Having heard that Art was a notoriously hard person to work with, Jason was surprised to find such an inspirational figure.

“This guy deserves it. He’s been screwed around by the industry,” he said. “Of course, he’s personally responsible for some of it, but some of it he hasn’t been. And to see a guy who does such great work being so badly treated … Yeah, I think there’s something about that that gets to you.”

Art started his music career in Vancouver in 1977 with the band the Schmorgs. His latest releases are the 2021 album Late Stage Empire Dementia and the 2022 single “Death of a Siren” ft. Russell Broom. He is hoping to release more music in 2023.

“Somewhere along the way, his approach to song-writing really changed,” Jason said. “He started writing about stuff going on in the world.”

One of his recent songs, “The Legend of Bobby Bird” is an example of how Art’s music has evolved. He started working on the song after hearing the story of a Residential School victim.

Showing respect for the family, he reached out to get the full story.

“The music he’s making now has so much depth to it,” Jason said. “Just things that need to be talked about right now that you don’t really hear a lot of other singer-songwriters doing right now.”

Art never really identified his music with punk rock, but nevertheless, he is an integral part of the genre, he said.

The title of Jason’s book has raised some eyebrows, but the idea come from Art himself, Jason said.

“It kind of sums up this dark humour at the heart of a lot of his work,” he added.

“That was the one thing he kind of stressed to me from time to time during the process. You know, ‘Don’t make it too dark. Let’s have some humour in it too.'”

The Longest Suicide is available in stores and through Anvil Press.