Her talent to humility ratio was ‘off the charts’: Remembering Shirley Eikhard 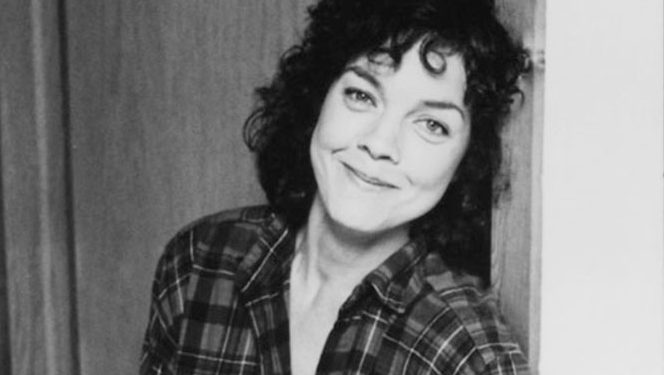 In all of the tributes to Shirley Eikhard that have poured forth in the past 24 hours, since news of her passing at age 67 broke early yesterday morning, I believe David Newland might’ve summed her up most succinctly.

Responding to my own expression of sorrow about her death, he wrote simply, “Talent/humility ratio was off the charts.”

It’s true. Shirley Eikhard was at once a monumentally accomplished Canadian songwriter and a delightful, fun, beautifully authentic and incredibly humble woman without an ounce of pretense. If there is a single person out there who worked with her who doesn’t remember her fondly, I sure as heck haven’t come across them.

Born and raised in a musical family in Sackville, NB, Shirley made her debut at the Mariposa Folk Festival at the age of 13 and had her first hit at 15 when Anne Murray recorded “It Takes Time.”

She would go on to write songs that were covered by Chet Atkins, Kim Carnes, Alannah Myles, and Emmylou Harris before Bonnie Raitt had a breakthrough smash hit with her song “Something to Talk About.”

It won Bonnie a Grammy for Best Female Pop Vocal Performance and saw Shirley inducted into the Canadian Songwriters Hall of Fame.

Shirley’s longtime keyboardist Evelyne Datl recalled meeting Shirley at a Christmas party in 1978 and being invited to a recording session Shirley was doing at Grant Avenue Studio.

“As they were setting up in the studio, I was trying out the piano, and she asked if I’d like to play on the recording since I was a keyboard player,” Evelyne said.

“I was pretty intimidated because she had top players on the gig. This is a great example of her magnanimous and open nature.”

Evelyne is grateful to Shirley for supporting her as a fellow female musician in a male-dominated industry, she said.

In fact, she said choosing Evelyne as a female keyboard player at a time when it was still difficult for female instrumentalists to be accepted was a testament to Shirley’s pioneering spirit.

Evelyne, who played with Shirley until 1996, described it as a high-octane experience, adding that Shirley was a force of nature, whose talent and creativity were second to none and who didn’t hold back.

“She was the only person who wrote songs in 7/4 time,” she said.

“She always lifted the band to a higher level than the night before.”

She was also a positive person who had the ability to laugh off the indignities of touring life, she added.

“Once when we were performing in Saskatchewan, we were assured there would be a PA system provided at the venue. When we arrived, we discovered it was a public address system with speakers in the ceiling. We had some good laughs about that. She was never a diva.

“When she got the call from Bonnie Raitt about recording ‘Something to Talk About,’ Shirley was in disbelief and called me to check if it was me that left the message playing a practical joke. It was no joke, and the rest is history.”

Shirley’s friend Richard Flohil, revealed that “Something To Talk About” was originally selected by Anne Murray for her 1986 album of the same name, but it was dropped prior to release because Anne’s producers were trying to push her in a new musical direction – away from soft country to more middle-of-the-road. They thought the song was too country, he said.

‘one of the most lovable people you could imagine’

Flohil, who is 88, doesn’t even remember the first time he met Shirley, but he assumes he got to know her when he was working for CAPAC, one of the precursors to SOCAN.

“She was a lovely, cheerful person who I involved in a number of tours that I ran across the country on CAPAC’s behalf,’ he said.

The workshops were called How to Make and Sell Your Own Recording, and they featured songwriters, copyright lawyers, music supervisors from the film industry and other people from different facets of the business.

Flohil described Shirley as “one of the most lovable people you could imagine” and said she was also very articulate about what she did.

He also recalled her extreme stage fright, which he said translated onstage as a kind of “ditzyness” that just made her even more endearing and engaging to audiences.

‘people loved her so much on stage’

“It probably made her feel even worse, but she was, despite that, a really good performer, and people loved her so much on stage,” he said. “Audiences really responded strongly to her.”

Flohil recalled several long conversations with Shirley during which they committed to getting together the next time she was in Toronto, but it never happened.

“I was so surprised when I opened my phone,” he said of receiving the news of her passing.