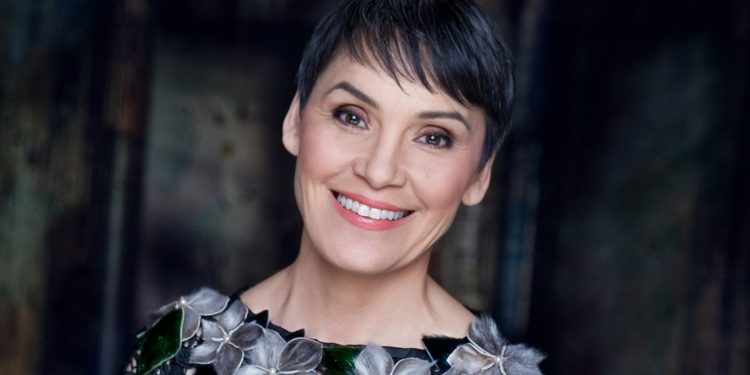 The wonderous Susan Aglukark once again arrives with an ear-popping delight in the form of her latest single ‘Tikitaummata.’

The Inuk singer-songwriter is one of Canada’s most extraordinary artists, effortlessly blending Inuktitut, English and other Indigenous languages in her lyrics and phrasing. Susan offers something special with the arrival of her latest single, released Nov. 23, delivering a masterpiece of blended sounds.

Born in Churchill, MB and raised in Arviat, NU, Susan draws on her rich Inuit heritage to produce a unique mix of contemporary pop and melodic vocals that delights and draws in her audience. Her career spans three decades, with her first album, Arctic Rose, being released in 1992 after she appeared on CBC Radio.

In 1995 Susan released This Child, her definitive breakthrough second album with the first single from that album, “O Siem” landing at number one on the Canadian adult contemporary and country charts that year, making her the first Inuk artist to have a Top 40 hit. Throughout her 30-year music career, Susan delivered a number of albums and singles in her signature visionary style, with each one nodding to her Inuk roots and ideals.

Now residing in Oakville, ON, Susan has released her 10th studio album, The Crossing. It features 12 songs, two covers and 10 originals crafted in Susan’s style of Inuit folk, country, and pop music. Recorded with veteran producer and musician Chad Irschick — who also produced This Child, The Crossing tells us the story of what her Inuit ancestors’ experience might have been, and why we should listen to it from the Inuit perspective.

“Writing this album through our contemporary Inuit lens has been a lesson in belonging,” Susan said. “As we correct the narrative, we are also finding puzzle pieces in our own healing journeys — and what a privilege it is to have this platform to share these lessons from.”

“Tikitaummata” is a jazz-infused pop piece with a rhythmic drum and bass backline supported by a gentle acoustic guitar. Classic Hammond organ delivers some welcoming solo action as does clean electric guitar, which has a Santana-style vibe. Susan’s vocals in the Inuit language bounce along to the song’s beat and foundation.

In 2022, Susan’s passion for humanitarian work was recognized with the 2022 Humanitarian Award presented by Music Canada at the 51st annual Juno Awards in May. The award recognized Susan’s dedication to improving the lives of children and youth in northern Indigenous communities through her Arctic Rose Foundation, which supports Northern Inuit, First Nations, and Metis youth through Indigenous-led arts-orientated after-school programs, alongside other creative and culture-led projects.

“It is an honor to receive this award, and a privilege to have had the opportunity to help create safe spaces for northern Inuit and Indigenous youth to explore their own potential and forge connections through Indigenous-led programs,” Susan said.

“I am proud of the work our team at the Arctic Rose Foundation has achieved so far and look forward to expanding our footprint across the north to bring more culturally-grounded, adaptable programming to young people, and help engage, support, and inspire them in all aspects of their lives.”