The rocker who wrote one of the greatest Canadian folk songs of all time: The Littlest Hobo theme 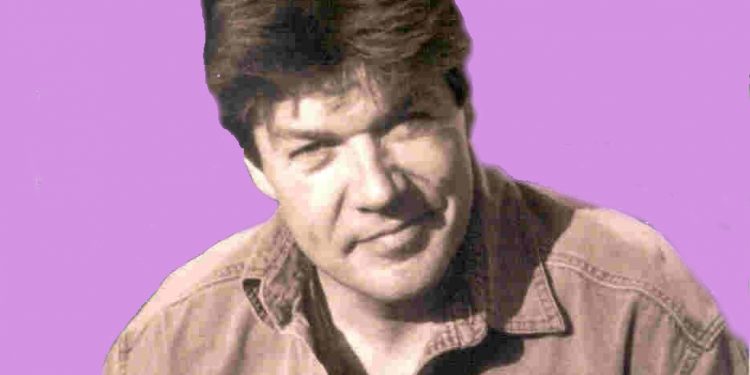 If you were a kid in the late 1970s or early ‘80s, chances are, there’s a song that will pop into your head now and again – one that you still remember all the words to, even 40 or 50 years later.

There’s no accounting for what triggers the memory. You might have found yourself in some quaint pastoral setting or a rural small town. Chances are, you’re in the presence of a dog.

Before you know it, you’re belting out the lyrics:

There’s a voice
That keeps on calling me
Down the road
Is where I’ll always be
Every stop I make
I make a new friend
Can’t stay for long, just turn around, and I’m gone again

Jingle-writer Terry Bush and lyricist John Crossman wrote the song in 1977 as the theme for The Littlest Hobo, the CTV series about a nomadic German shepherd, who wanders into people’s lives just long enough to save them from tragedy before rebuffing them and heading back out on the road.

Chances are, few people can remember the details of a single episode – these days, a show with plodding storylines and a lead character that doesn’t speak would surely be rejected as absurd – but many people regard Hobo as emblematic of the kinder, simpler time in which we grew up.

And the song is what made it.

“John’s lyrics are spectacular,” Terry said of his late friend and collaborator when we spoke back in the spring.

“It just captured the whole essence of the show and the dog. … The music part is nice, but I think it’s more the lyrics that carry it. I mean, ‘Maybe tomorrow, I just keep moving on.’ Heck, I find myself singing it because of John’s lyrics.”

“Maybe Tomorrow” is arguably one of the greatest Canadian folk songs ever written.

These days, its lyrics are probably more widely known and sung than those of “The Log Drivers Waltz.”

Go to YouTube, and you’ll find a video of British musician Gary Barlow performing it with comedian Peter Kay at the Apollo in Manchester in 2012 – to a packed house of young people singing along.

It has also been covered by Dave Gunning, Kate Rusby, Nightingale Cummings and the UK band Scooch.

And it’s appeared in at least three TV ads in the U.K.

So it may come as a surprise to some that Terry isn’t a folkie.

“We were playing rock n’ roll down on Yonge Street,” he said of his formative years.

“My father bought me a guitar when I was 12 years old. And that’s just when Elvis Presley and rock and roll hit. … I was very lucky. I was born at the right time.”

He played with Doug Riley and Ronnie Hawkins.

He was a member of Robbie Lane and the disciples during its tenure as the house band of sorts on the CTV show It’s Happening.

And “Maybe Tomorrow” was not his first runaway success as a jingle writer.

He’d previously had a hit with “Do You Know What You’re Doing,” a jingle he wrote for The Council on Drug Abuse

That number is infectious pop from start to finish – some might even say addictive pop.

But Terry went with a folk/country sound for the Hobo theme because he just thought that’s what that song called for.

“They hated it,” he said of the producer’s original reaction to the piece.

“They just didn’t think it was right. They thought it was too country. … So then they went to New York and got a company in New York to write a jazz theme, which they also rejected. Then they came back to me and said, ‘Well, would you like to have another shot at it?’”

It took Terry and his arranger two more tries in the studio to finally get the sound the producers were looking for, he said.

And when it was done he figured that would be it. It would be a ‘nice little doggie show.’

He never once visited the set or got to meet the show’s beloved canine star, London.

Never in his wildest dreams did he imagine it would air in 130 countries around the world, the U.S. being one only holdouts because its networks refused to air a series shot on video.

“I still get all sorts of letters from people around the world about what the show meant to them, and what the song means to them,” he said.

“And at the end of the show, when the music comes on, and the dog’s going down the road they … start crying. It humbles me to think that this little song that John and I wrote has become so iconic and so popular.”

As kids, the melancholy of the lyrics of “Maybe Tomorrow” went over our heads.
As adults, that ode to moving around, meeting new friends, and leaving them behind in pursuit of the next thing down the road feels like a bitter-sweet tribute to what life has become – especially for many creative types.
The song transports us back to the carefree days of our youth, while serving as a poignant reflection on where we’ve been since then.

“It didn’t make me rich, but it has paid some bills, I’ll tell you,” he said, laughing.