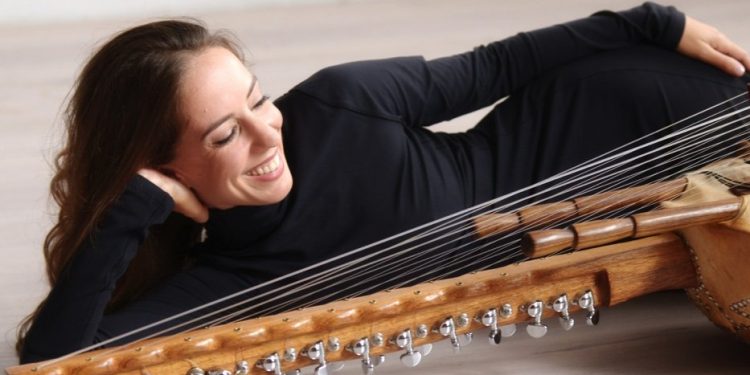 “Before You” comes out tomorrow.  It is the fourth single from her debut album, Falling, which is due out early in the new year.

Born in Budapest, Hungary and raised in Canada, Sophie started out studying classical violin. But the course of her musical life changed completely when she discovered the kora, the 21-stringed harp-lute from the Mandingue empire, during a trip to Burkina Faso.

She began lessons on the instrument shortly after, and travelled to Paris for a master class with kora legend Toumani Diabaté. When he invited her to study with him in Bamako, Mali, she packed her bags and never looked back.

Drawing inspiration from her time there, as well as her earlier musical experiences, including her roots in Hungarian Jewish folk music, she has forged a unique style in the folk tradition. Sophie’s music is rooted in love, empathy and vulnerability, creating an intimate connection with listeners.

“Before You” recounts the dissolution of a relationship and finding the strength to walk away. The song has the natural infectiousness of pop music with the distinct instrumental and rhythmic sounds of Mali. Sophie’s ethereal and heartbreakingly sweet voice is once again paired with her magical kora playing, accompanied by an all-star lineup of Malian musicians. Included in this stellar group is renowned musician Habib Koité, who lends his recognizable, beloved guitar lines to the song.
Have a listen!

4 more Canadian folk songs about the ...