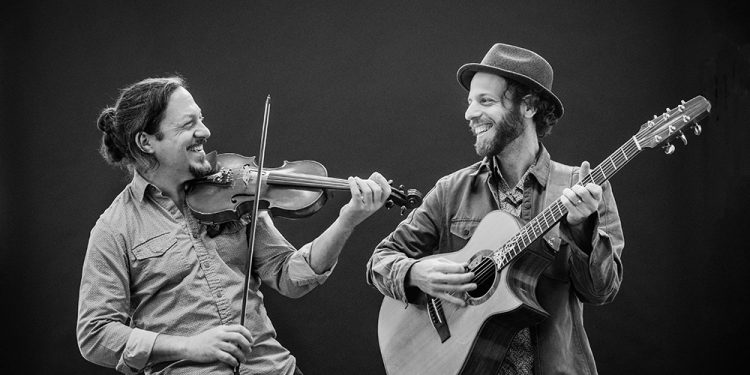 In my notes from the evening of Oct. 15, somewhere during the second set of Pierre Schryer (fiddle) and Adam Dobres (guitar), I wrote, “This is music that makes you feel glad you’re alive.”

In the beautiful, hallowed halls of a lovely, renovated church in Gibsons, B.C., run by music lover-entrepreneurs Vineet and Nidhi Miglani, an audience of about 100 people was treated to a magnificent evening of music.

To say this performance was electric understates the experience.

Adam and Pierre each have extensive resumes of their own, but the two together are other-worldly.

These are two musicians who are at the top of their games, and though the music they play is based on traditional Celtic songs, where they take it goes beyond genre.

Pierre’s playing is an unrivaled mixture of technique and soul and played on the warmest, most resonant sounding violin that I later found out he made himself!

Even while keeping time with foot percussion his playing was flawless.

Adam’s versatility as an accompanist (and soloist) is beyond impressive.

There are complex voicings, multiple passing chords, and so little repetition as the individual tunes progress. It’s as if his musical vocabulary is ever-changing right as we are listening.

The songs begin in one place and end up in completely different territory, each one a journey.

Improvisations were a highlight, as the two play perfectly in sync with each other, anticipating where each is going and creating the
equivalent of one-voice-like Everly Brothers’ harmonies.

Their newest record, Mandorla, is a facsimile of the live show, and while lovely to listen to, this is a duo that is best heard live, though I
suppose that could be said of every great artist.