The Once, The Fortunate Ones and Old Man Luedecke – Nov. 2 at the National Arts Centre 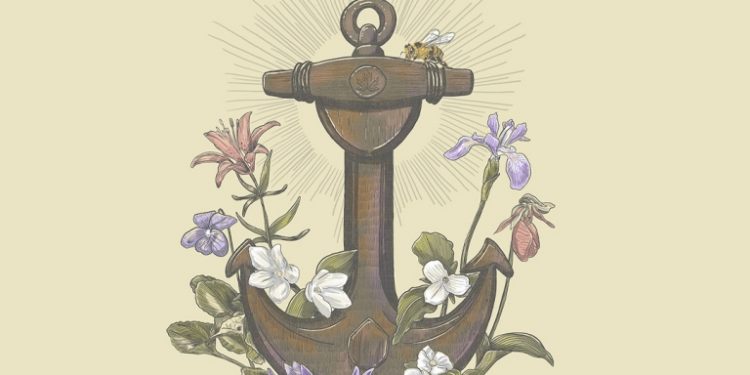 This past warm Wednesday night saw fans of folk flocking to the Anchor’s Up show at Ottawa’s National Arts Centre (NAC).

The three-act show, which is touring Canadian venues until Dec. 11, featured some of the Atlantic provinces’ best-known folk artists: Old Man Luedecke, Fortunate Ones and The Once.

The crowd that filled up most of the 897-seat theatre was mainly around retirement age, which younger couples and families dotted throughout. With COVID-19 still being present in the community, many audience members to wear masks to the event although it was not required.

As the room grew dark and mellow chatter died down the audience erupted in cheers as Old Man Luedecke walked into the single beam of light illuminating the stage. The Nova Scotia native was greeted with a round of applause as he started to play the first song of the night “I Quit My Job.” Luedecke entertained the crowd with his relatable lyrics and his jokes about being a parent and East Coast life, which had the crowd chuckling along with him. 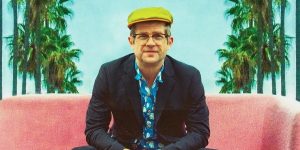 The singer also took the time to set up some of his more personal songs with anecdotes about life as a parent, the death of his father and his favourite lunch combination of bread and sardines.

Although the energy in the room was quite mellow during his set, he still had the audience singing along to his banjo and guitar heavy tunes like “The Early Days” and songs from his newest album like “I Skipped a Stone” and “Easy Money.” Chris’ set was a great way to start off the night, and he finished off his 30-minute performance telling the crowd that he would be on stage again later. Fans of his music burst into applause as their excitement grew.

The second set of the night was from the Newfoundland-based contemporary folk duo The Fortunate Ones. At the beginning of their act the audience seemed uncertain and unfamiliar with the performance lying ahead of them, but the duo’s husky harmonies and playful on-stage banter about their favourite Ottawa restaurant, El Camino, quickly won them over.

The pair sang some of their most popular streams, especially from their newest album, titled That Was You and Me, which was released in June. The two performers sang and played a plethora of instruments including keyboard, accordion, tambourine, and a bunch of different guitars. The acoustic set had the audience swaying along to songs like “Day to Day,” “Clarity,” “It’s Worth It (For Leo),” “Heavy Heart,” and “Steady as She Goes.” 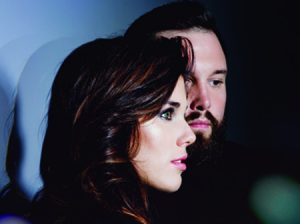 The Fortunate Ones had the crowd laughing and signing along to their contemporary folk songs.

The Fortunate Ones’, performance along with their sense of humour, made their set super bright and fun and overall went off without a hitch, minus a cell phone ringing loudly in the audience during a song, which was laughed off by the performers. The youngest performers of the night, they were well-received by the audience and were ushered off stage with the loudest round of applause so far in the night.

Fortunate Ones are a treat for fortunate festival-goers

As the lights went up signaling the start of the 20-minute intermission, fans mingled outside the theatre buying drinks from concession stands and standing in line to get their hands on t-shirts and records from the performers.  In anticipation of the last band of the night, The Once, their newest EP, titled Acoustic Vol. 1ce, which had been released earlier in the day, was flying off the merchandise table.

Once fans returned to their seats after the short intermission, the crowd’s chattiness and excitement was hard to ignore. That energy carried into The Once’s set as they hit the stage.

The Once, who seemed to be the fan favourites of the night, delivered a high-spirited set juxtaposing jolly poetry and deep melancholy in their lyrics. The Newfoundland trio’s personalities and chemistry shone through as they joked with each other and the crowd in their lively explanations of their music. 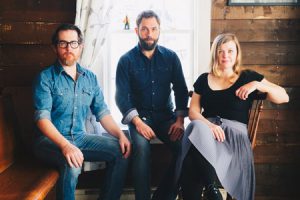 The Once had the audience engaged, leading sing-alongs to the music and bringing  Newfoundland charm to the stage.

The trio’s twist on traditional Atlantic sounds expressed their love of music and their fondness of their home with songs like “We Are All Running,” “Before the Fall” and “Gonna Get Good.” The band encouraged the audience to join in and sing along with them throughout the set, even leading a sing-along during some parts of their performance, like on their a cappella hit “By the Glow of the Kerosene Light.”

The Once – Nov. 21 at Mills Hardware, Hamilton (plus bonus album review!)

As the night came to an end, The Once and the crowd welcomed back the other performers of the night with a round of applause and hugs on stage. Each act led a song with the other bands supporting them with harmonies and an abundance of instruments. The audience hooted and hollered along with the performers.

At the end, the crew of musicians was met with a standing ovation from the gleeful audience, which ushered them back onstage. The encore was once again met by another standing ovation ending the night on a high note with a roar of applause.

When the night came to an end and the audience started to depart, fans lined up at the merchandise table eager to get their hands on records and vinyl from the musicians. The performers greeted fans and friends signing t-shirts and shaking hands as they walked around the room, demonstrating what a great community the Anchor’s Up Tour has created.

For more information or to buy tickets, please visit any of the websites of The Fortunate Ones, Old Man Luedecke or The Once.

See The Anchor’s Up Tour live!

How Sam Baardman’s recovery from a stroke ...