Mimi O’Bonsawin – ‘I Wish I Was a Farmer’ 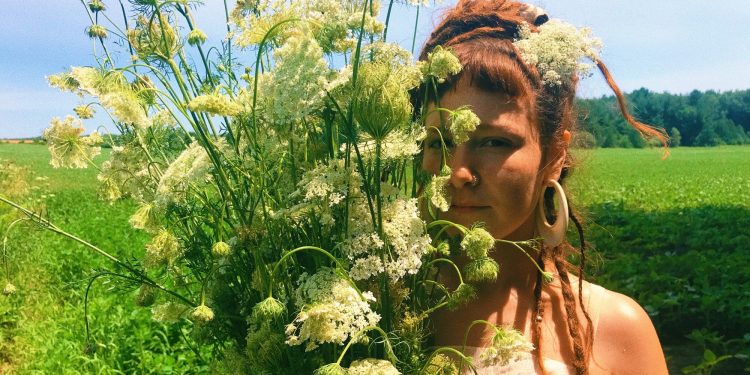 When I saw her at the Folk Music Ontario conference two weekends ago, Mimi O’Bonsawin handed me a package of marigold seeds.

Honestly, I was pretty excited because I’m planning to grow my own marigolds next year. I’d even picked up one package of seeds already.

Did you know that marigolds attract pollinators and help keep pests off your veggie plants?

Anyway, the marigold seeds came attached to a promo card for Mimi’s new single, and I’m super thrilled that we get to premiere it today.

As you know, I’ve been really enjoying Mimi’s latest stuff.

The song is called “I Wish I Was a Farmer,” and it’s a beguiling little number that conjures up a fantasy I think many of us harboured at the height of the pandemic lockdowns.

“I wrote ‘I Wish I Was A Farmer’ after a long summer of touring,” Mimi explained.

“In the early days of my career, it was the type of touring that works you hard and makes me miss home. … It is ironic when you are doing something you always dreamed of doing, yet you long for something you always had… This song sprang from that tension and the fatigue of touring without a balanced life—that feeling we all get when we want what we don’t have…despite being very grateful for what we do have.”

Mimi actually recorded this before the pandemic hit.  She and her co-creator and partner, Ryan Schurman, packed up their studio and isolated themselves on Manitoulin Island to record. The song was captured in a cabin tucked away on the shores of Lake Huron and later mixed in Mimi and Ryan’s log home studio.

Unlike the song, the video was conceived during the COVID pandemic and was inspired by the uncertainty Mimi was feeling at the time about where life was going to take her.

Mimi has been on the scene for close to 10 years now, making music inspired by her Franco-Ontarian and Abenaki roots.

Her early stuff leaned more toward rock and pop, but recent years have seen her leaning more toward acoustic instruments and folkier styles.

“I Wish I Was A Farmer,” along with her two other recent singles, “Here’s to the Women” and “I Am Alive,” will all be featured on her forthcoming album, Willow, which is due in March of next year.