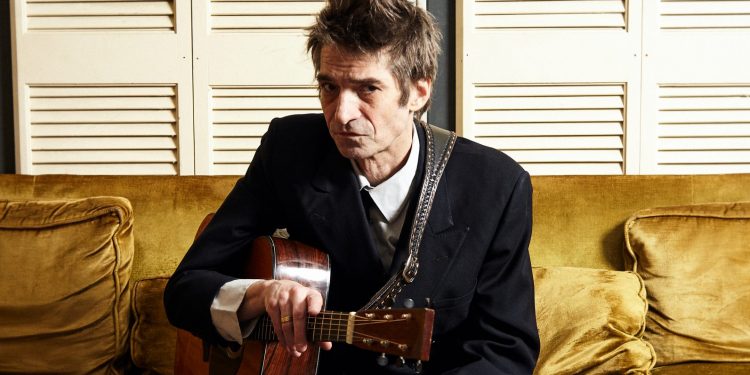 It’s fair to say that John Borra has seen and done it all within the Toronto alternative music scene, from witnessing the first stirrings of punk as a kid in the late 1970s, to joining his first bands at the dawn of the alt-rock movement in the 1980s, and forging a solo career during the roots music renaissance that followed.

“These are songs by people I know or have known, which gives it an extra specialness for me,” John said. “Some of them have never had a commercial release, and some others are pretty obscure—or at least not in the popular consciousness. I think all of the songs and artists here are top notch and deserve recognition. It’s also how we keep songs alive. By doing them. It’s part of the folk tradition.”

Moreoever, the first focus track from Cassettes In Common pays tribute to Vancouver legend Art Bergmann. “Sleep,” from Art’s acclaimed 1990 album Sexual Roulette is, like much of his work, a pull-no-punches observation of a dysfunctional relationship, which John treats with heartbreaking empathy.

“Sleep” sets a high bar for the rest of the album, but the personal connection John has with all of these songs is its greatest strength.

“I suppose the song with the deepest personal connection is ‘October Night’ by Frank Nevada,” he said. “In 1991, Frank and I went to Europe to try our hands at playing music on the streets and hopefully have a fun summer in a far off land. We’d heard that Europeans had a greater respect for street musicians, and you could make decent money playing music for the public at large. This turned out to be true, and we had a wonderful adventure that lasted six months for me and turned into four years for Frank. At some point, we acquired a benefactor/patron of the arts who bought us each a little cassette recorder. After I got home, there was a period where we would send each other audio letters we’d record on our little cassette players. Frank sent me a recording of this song he’d written after I’d left and I’ve always loved it. It addresses our time together, the seasons changing, and expresses a loneliness of being on his own with an uncertain future ahead. Or at least that’s my take on it. He’s never recorded it, and I’m glad that I was finally able to.”

As well, John is paying tribute to his own past in a way by simultaneously giving his first solo release, the 1997 self-titled John Borra cassette, its first CD/digital reissue. Featuring his longtime live staples, “Last Sexy City On Earth,” “Who’s Pickin’ On You” and “In The Afternoon,” it’s a collection that still holds up as a prime example of Canadian alt-country.

Blending those two sounds has been John’s mission for the past several decades, and now with Cassettes In Common, he’s pulled back the curtain in a sense on what’s helped him achieve that seamless balance.

“I’m inspired by every one of the artists on this record,” he said. “That’s why I’ve wanted to do a record like this for a long time now. When I first started playing in bands, my heroes were the likes of Iggy Pop, Lou Reed, Patti Smith, and MC5. All of those artists put out music they believed in and stuck to their guns despite a lack of commercial success at the time. I’ve always tried to use that approach as my barometer, and it’s served me well over the years. I have very few regrets from a lifetime of doing this, and I see no reason to change at this point.”

John Borra’s Cassettes In Common and John Borra (Reissue) are each available now on digital platforms, johnborra.com and johnborra.bandcamp.com. He performs in Toronto at the Dakota Tavern, Wed. Oct. 26. Advance tickets available HERE.