A photo album from the 2022 Ontario Folk Music Awards 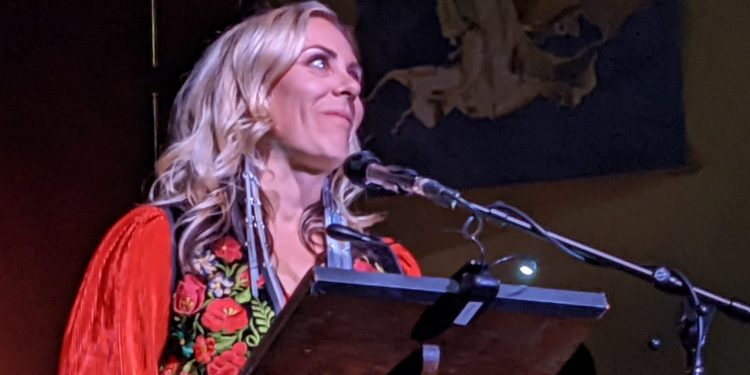 The Ontario Folk Music Awards took place Sunday afternoon from 2 to 4 p.m. at Aeolian Hall in London, ON, the closing event of the 2022 Folk Music Ontario conference. They opened with a touch of humour as host Julian Taylor introduced … himself!

He was also the first performer, you see.  After playing his single, “Seeds,” he walked back over to the podium, thanked himself, and then it was on with the rest of the show. 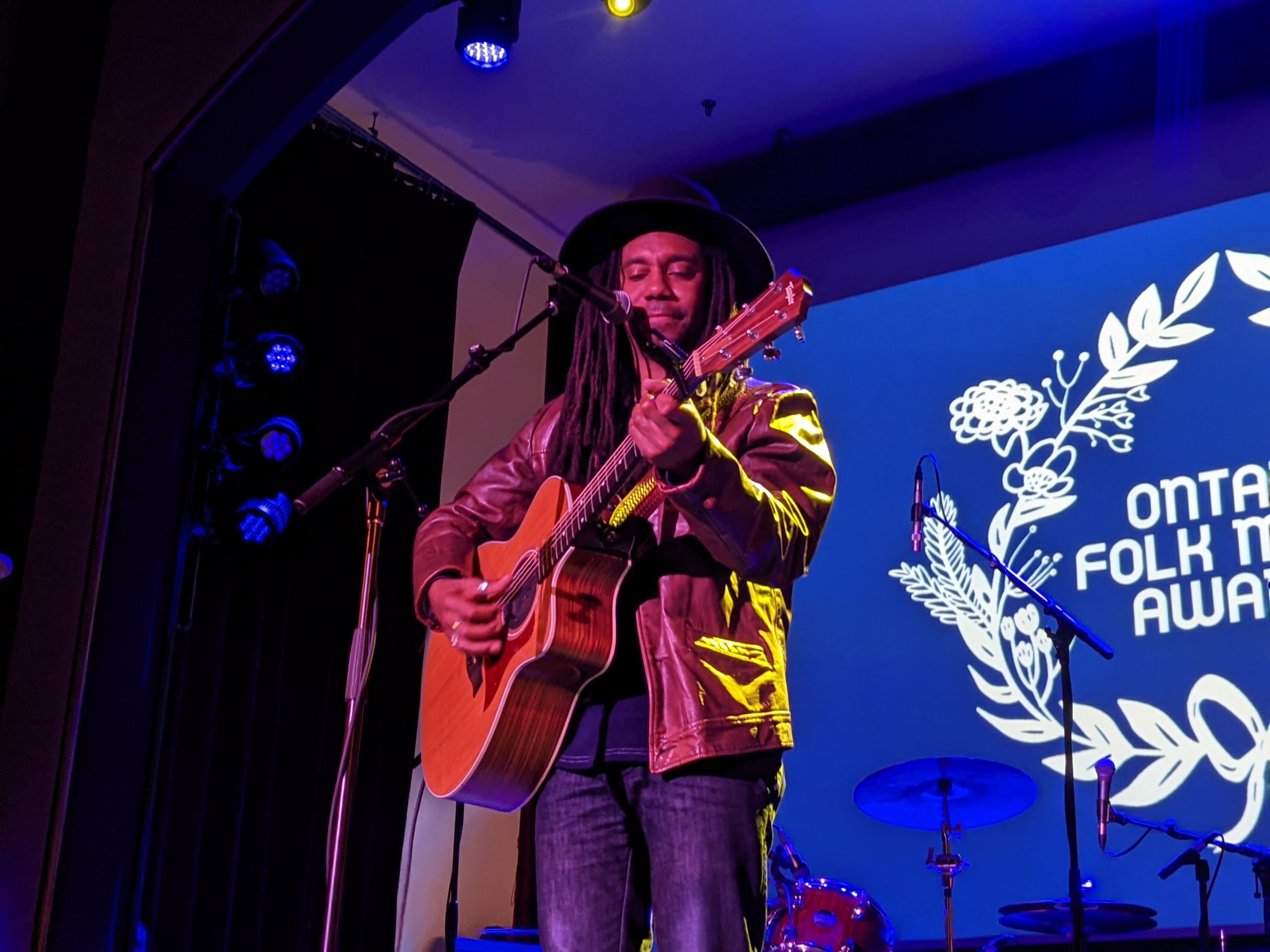 Amie Therrien presented the first award, for Song of the Year, to Sultans of String. 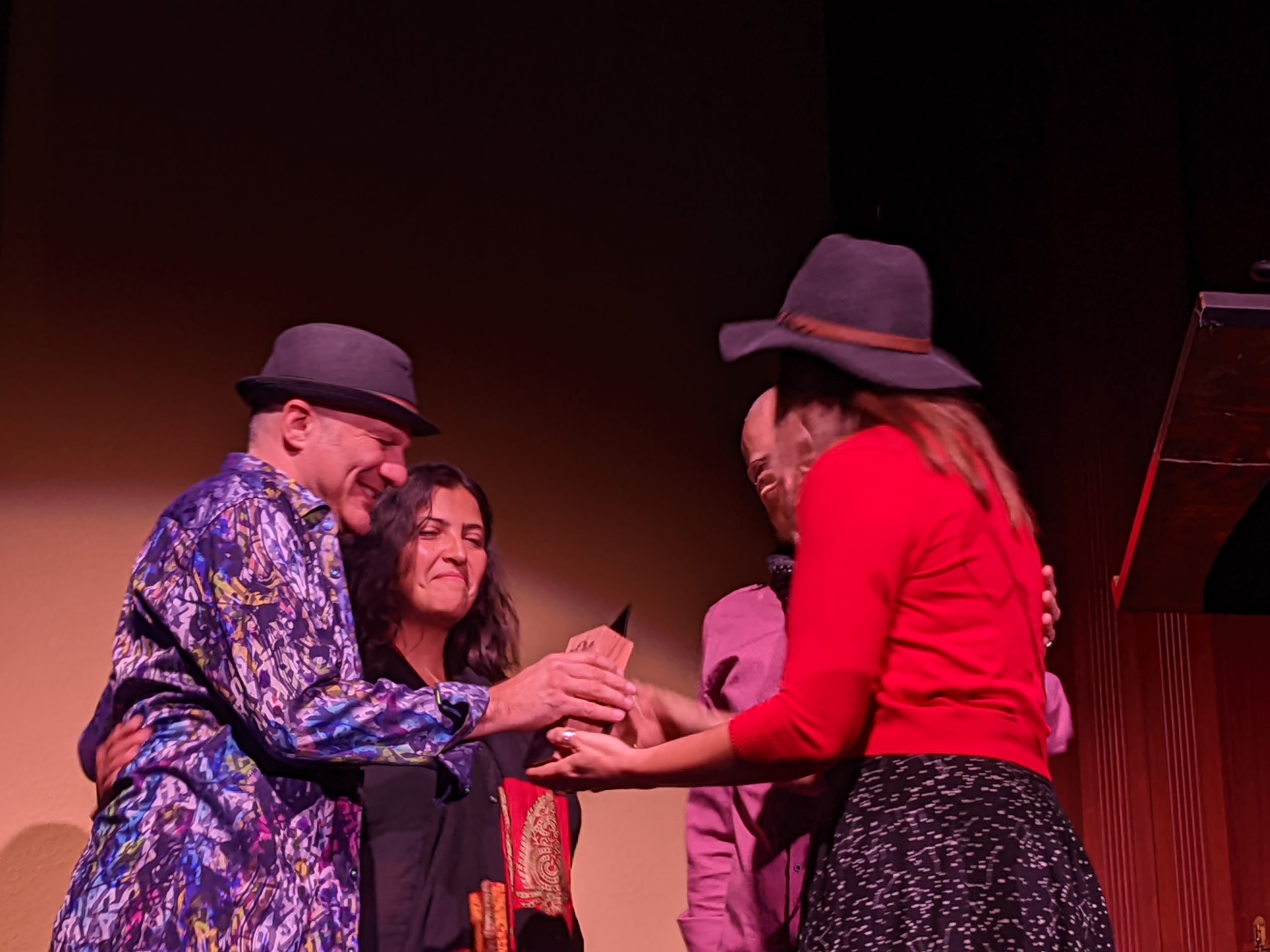 This year’s recipient of the Colleen Peterson Songwriting Award is Camie. 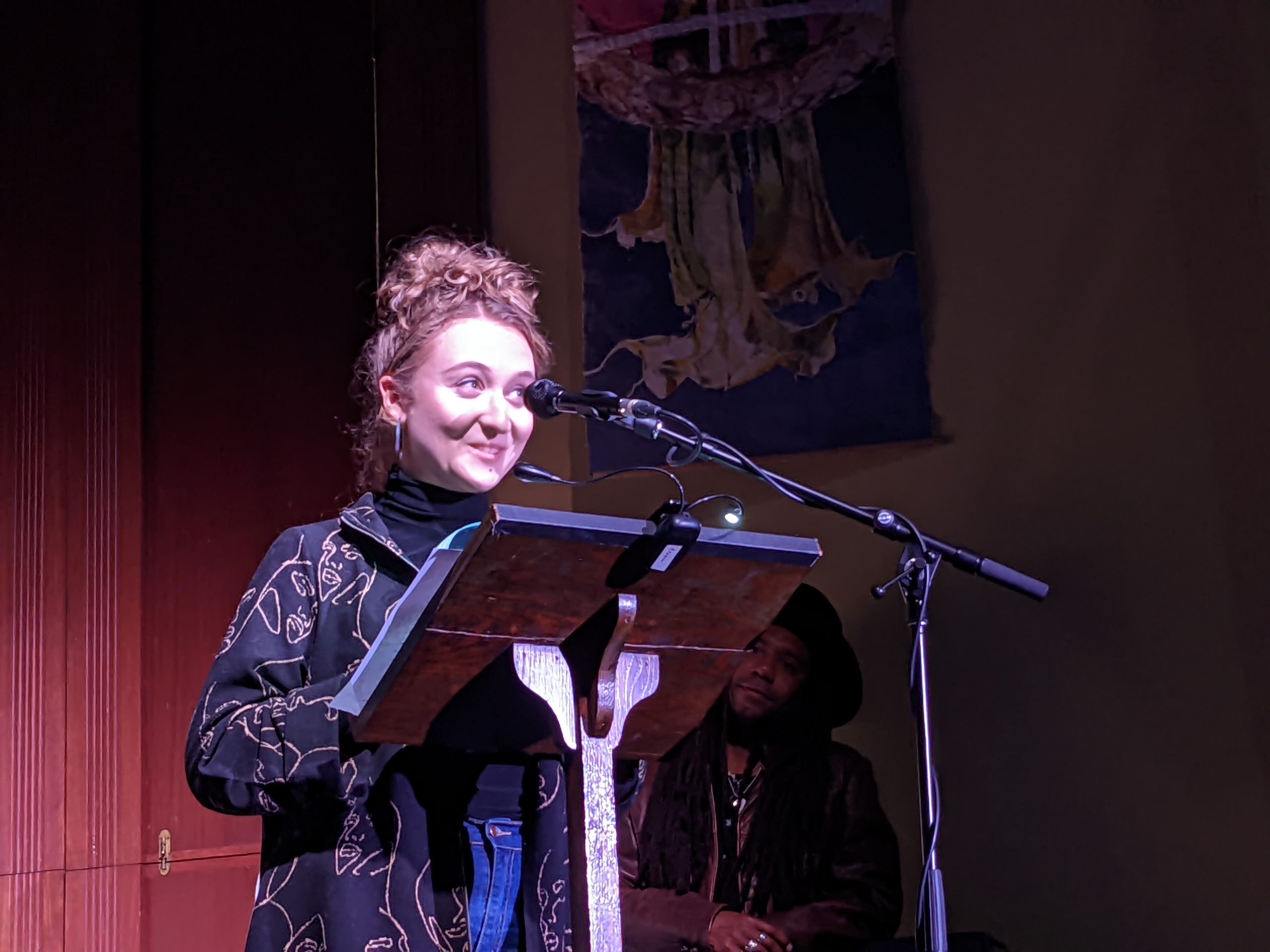 The show featured performances by all of the nominees for Performing Artist of the Year.  First up was Angelique Francis, who had the crowd on its feet. 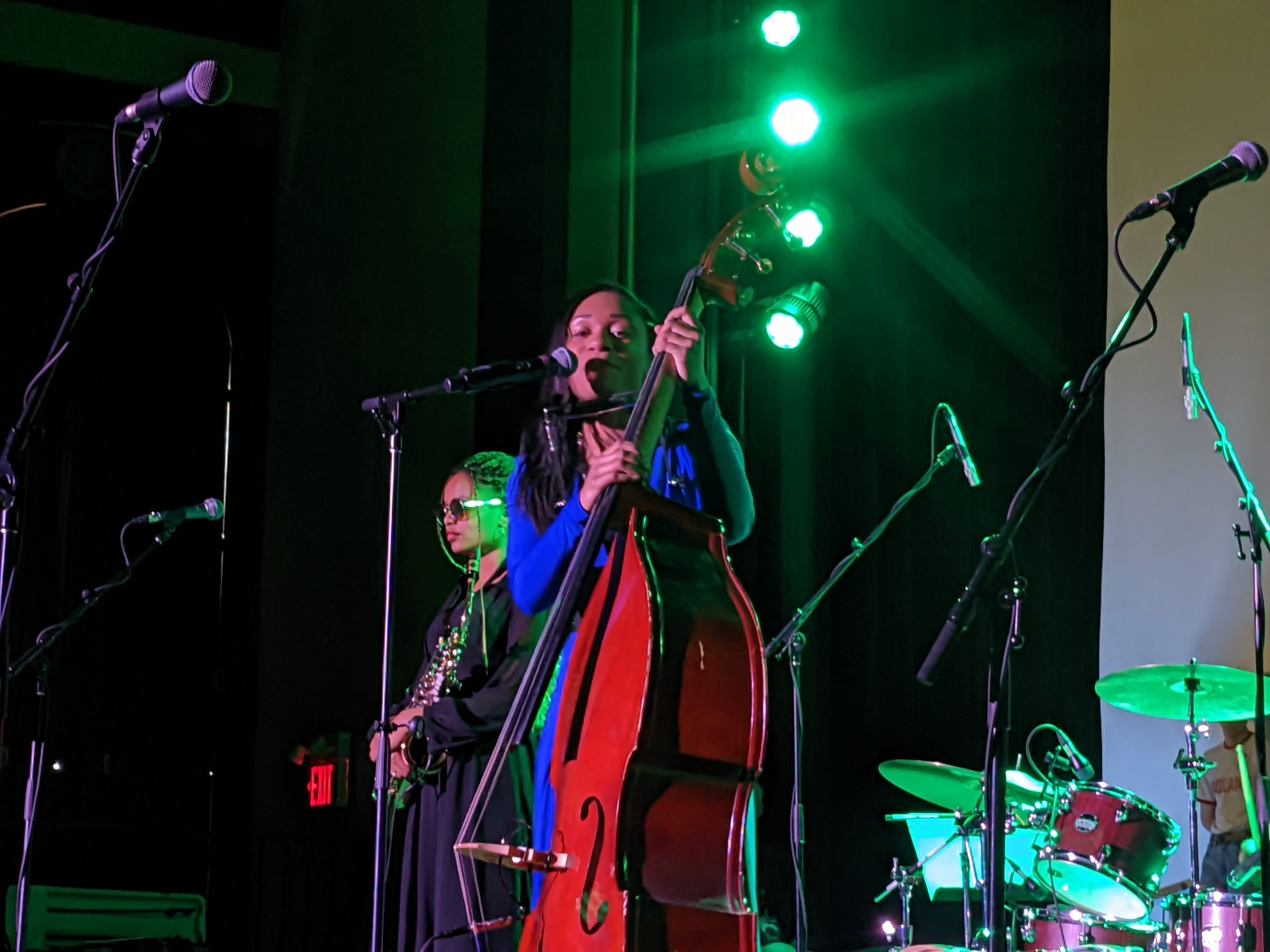 The Recording Artist of the Year Award went to Jaffa Road. 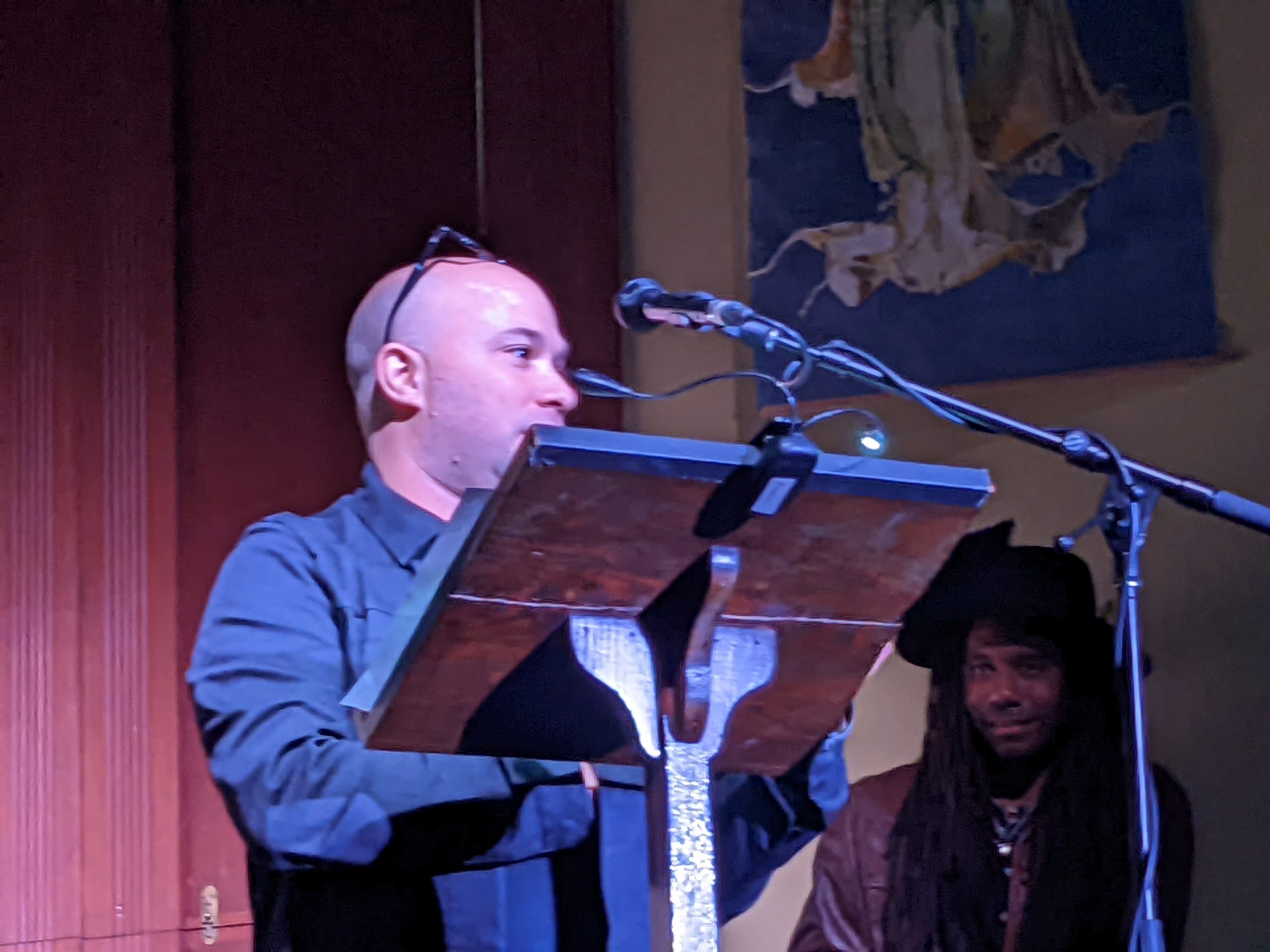 Performing Artist of the Year nominee Queen Kong was the next to perform. 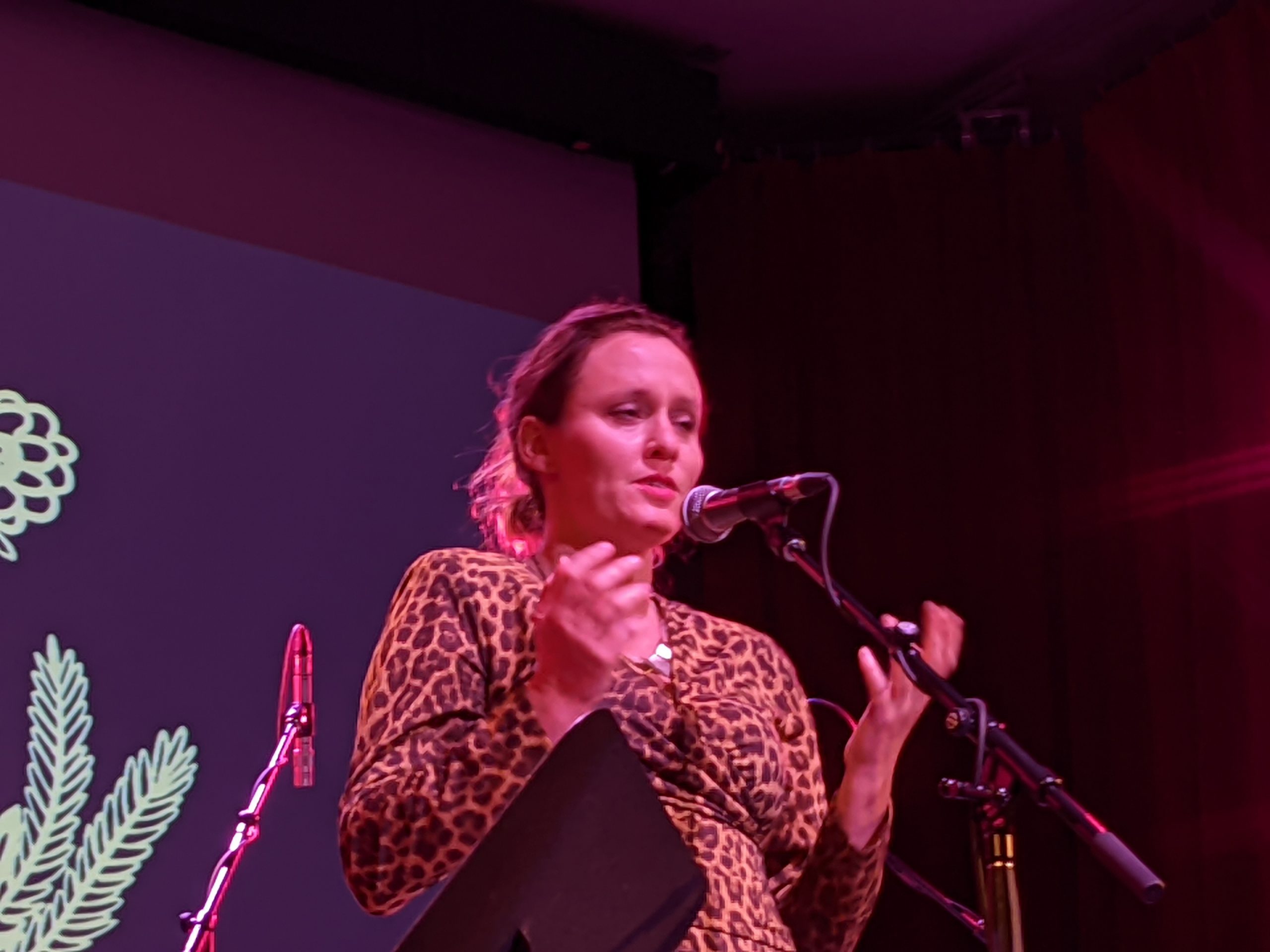 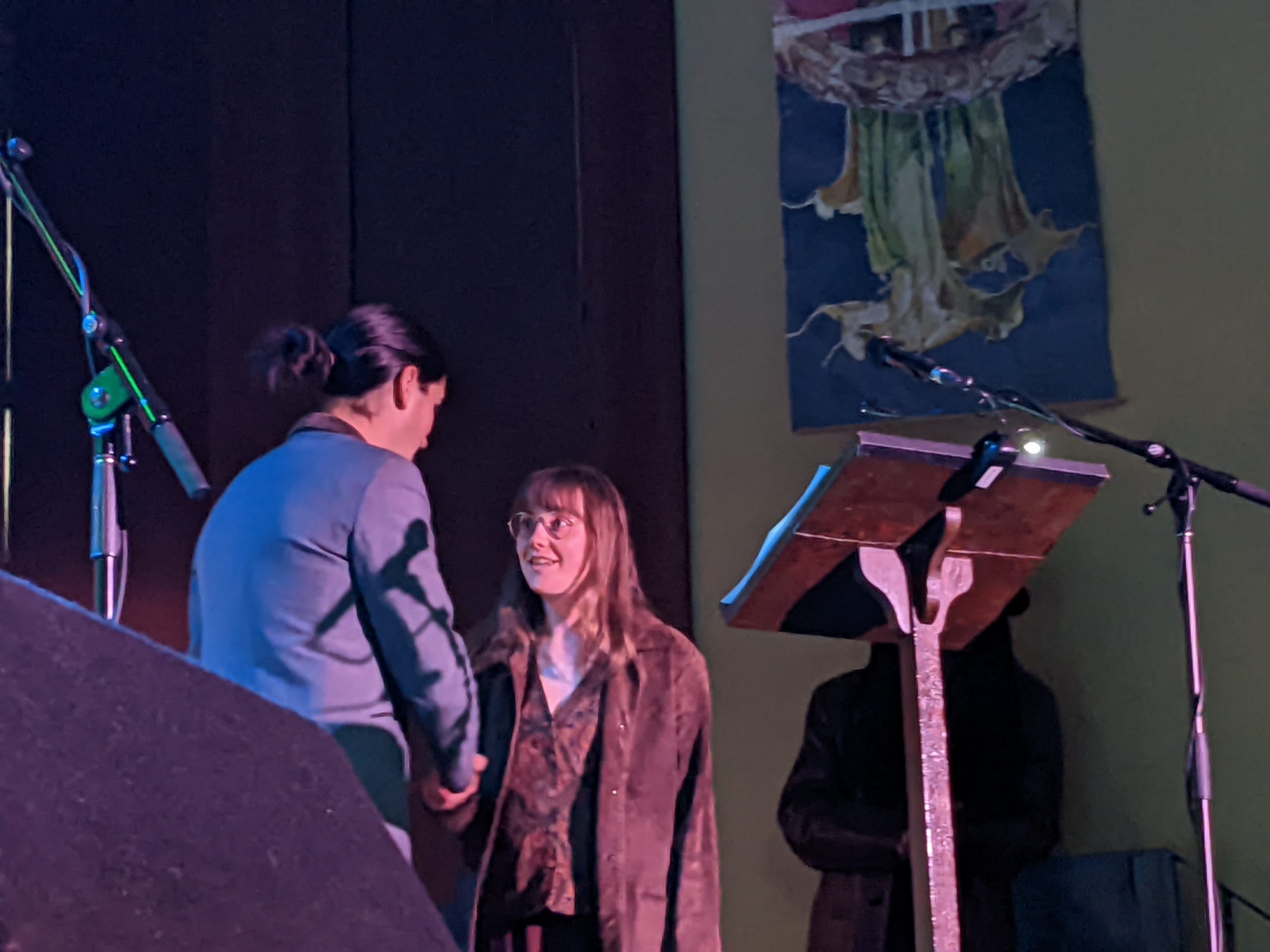 Next up, Performing Artist of the Year nominee Amanda Rheaume took the stage. 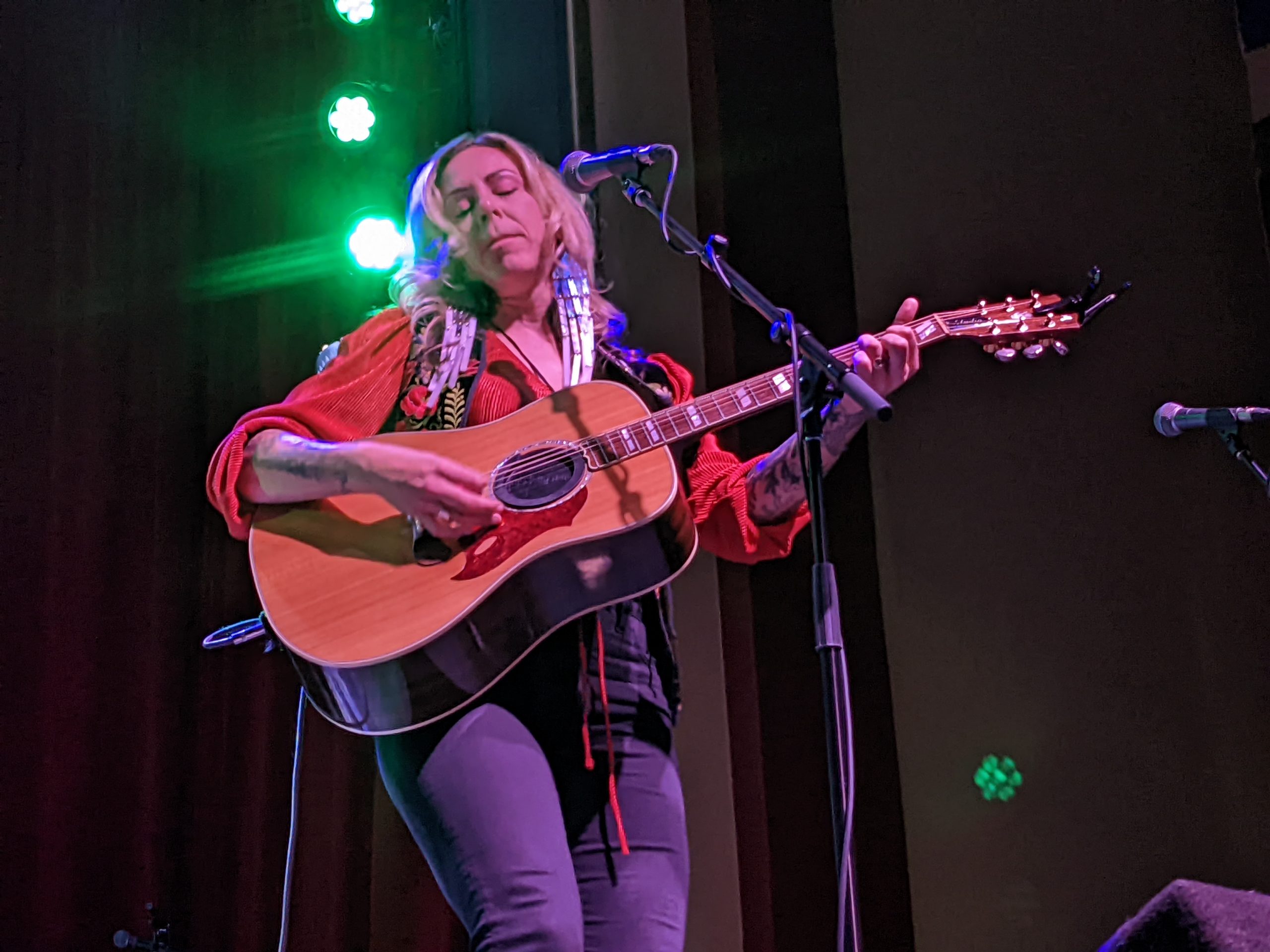 This year’s Album of the Year award went to Jeremy Voltz. 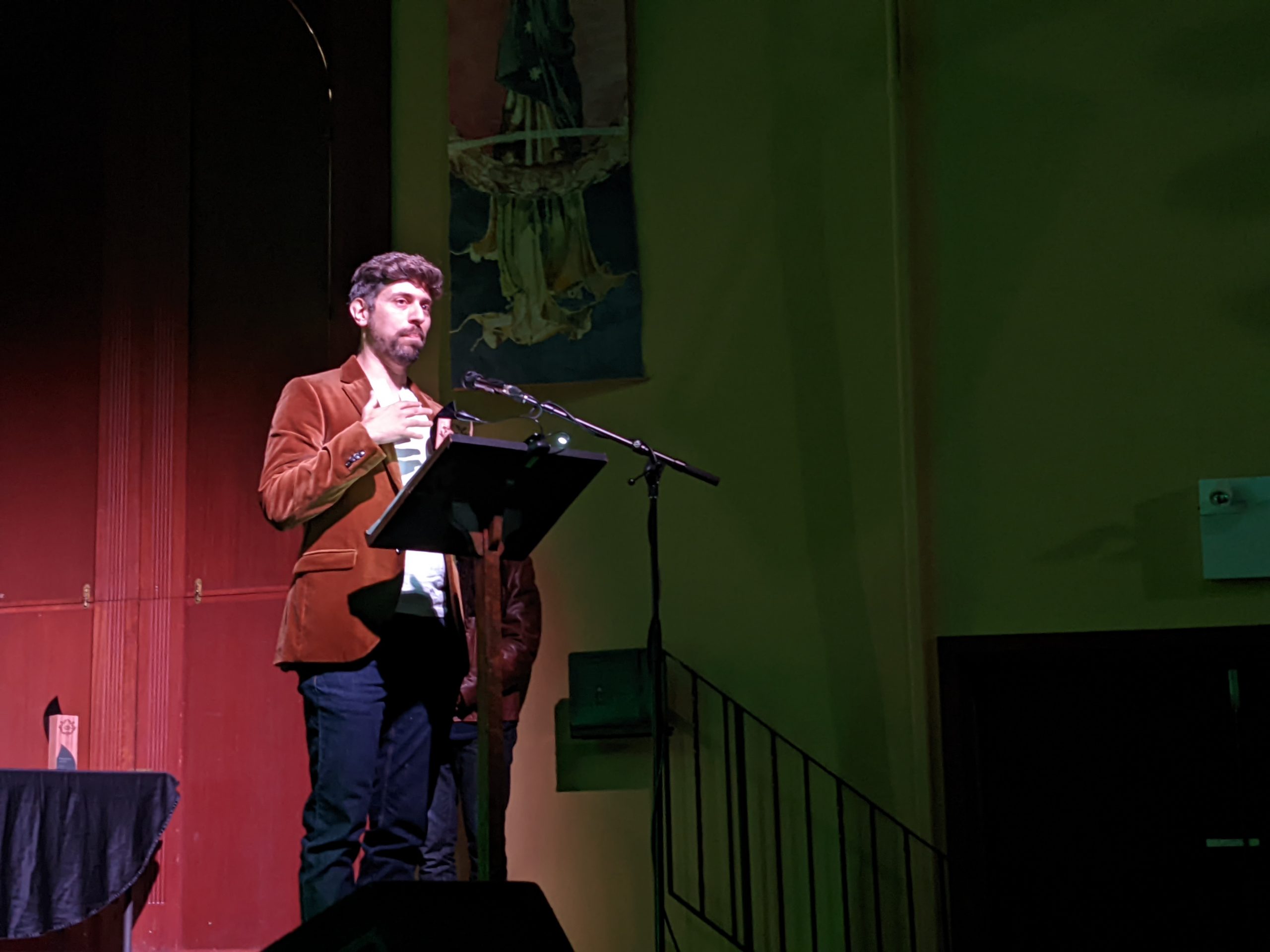 Newly-minted Song of the Year winners Sultans of String perform next, because they are also nominated for Performing Artist of the Year. 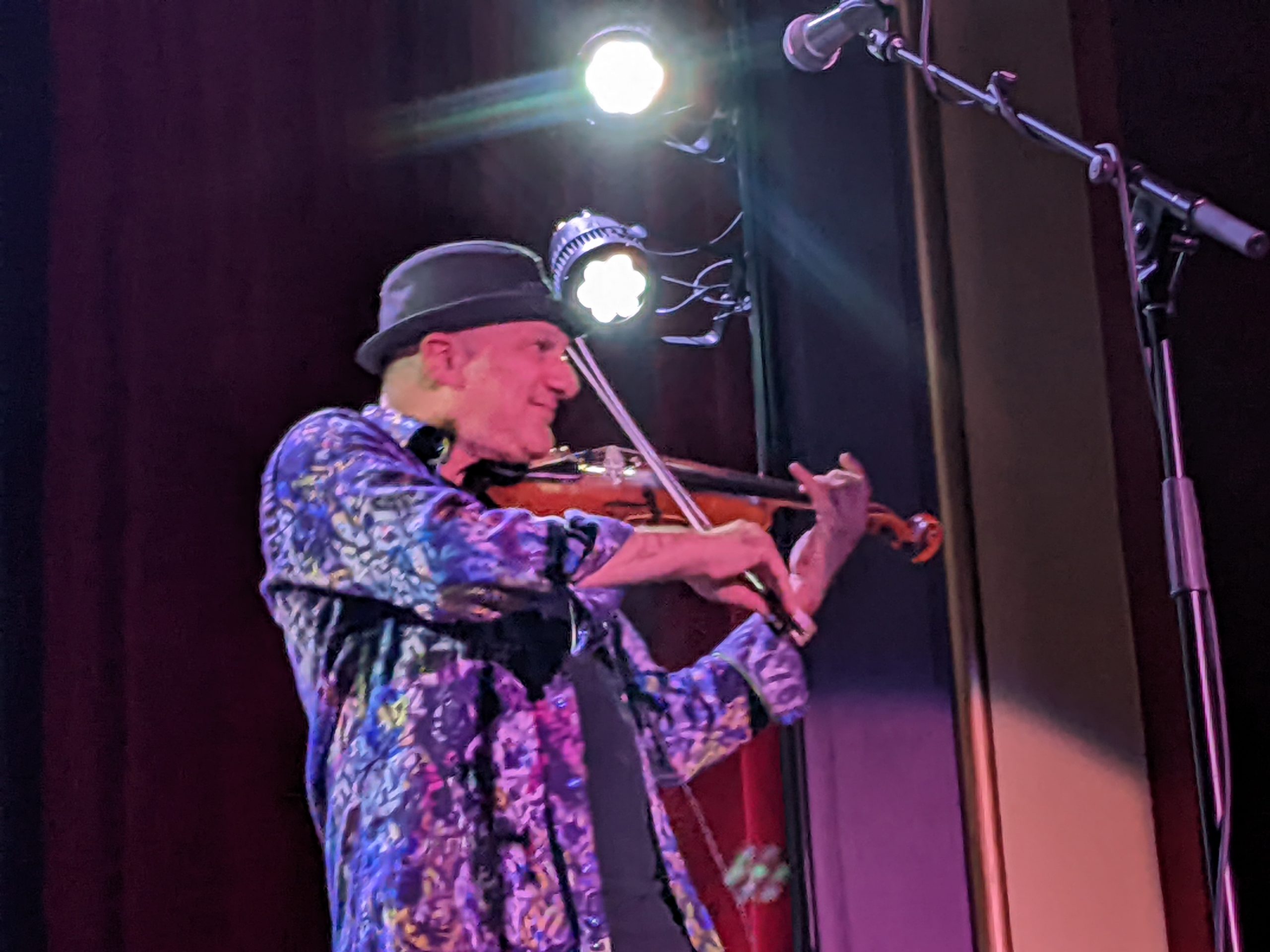 Folk Music Ontario decided not to hand out the Estelle Klein Award this year, essentially a lifetime achievement award for contributions to folk music, because of concerns raised about the selection process. (Roots Music Canada was among those raising the concerns)  Instead, it produced a video saluting all of this years nominees. 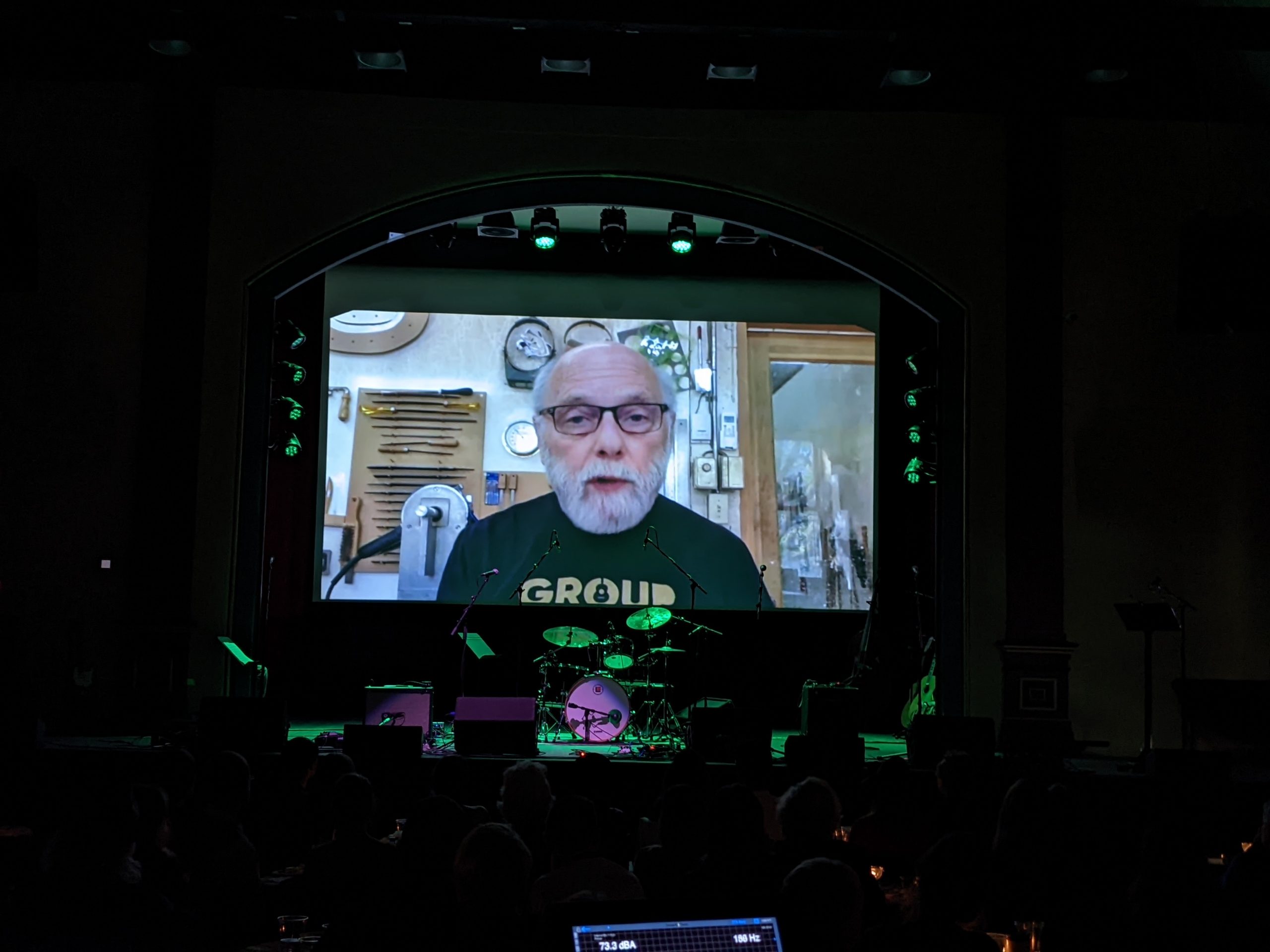 Les Rats d’Swompe get a few people up dancing with their high-energy, punk-infused interpretation of Quebec trad. 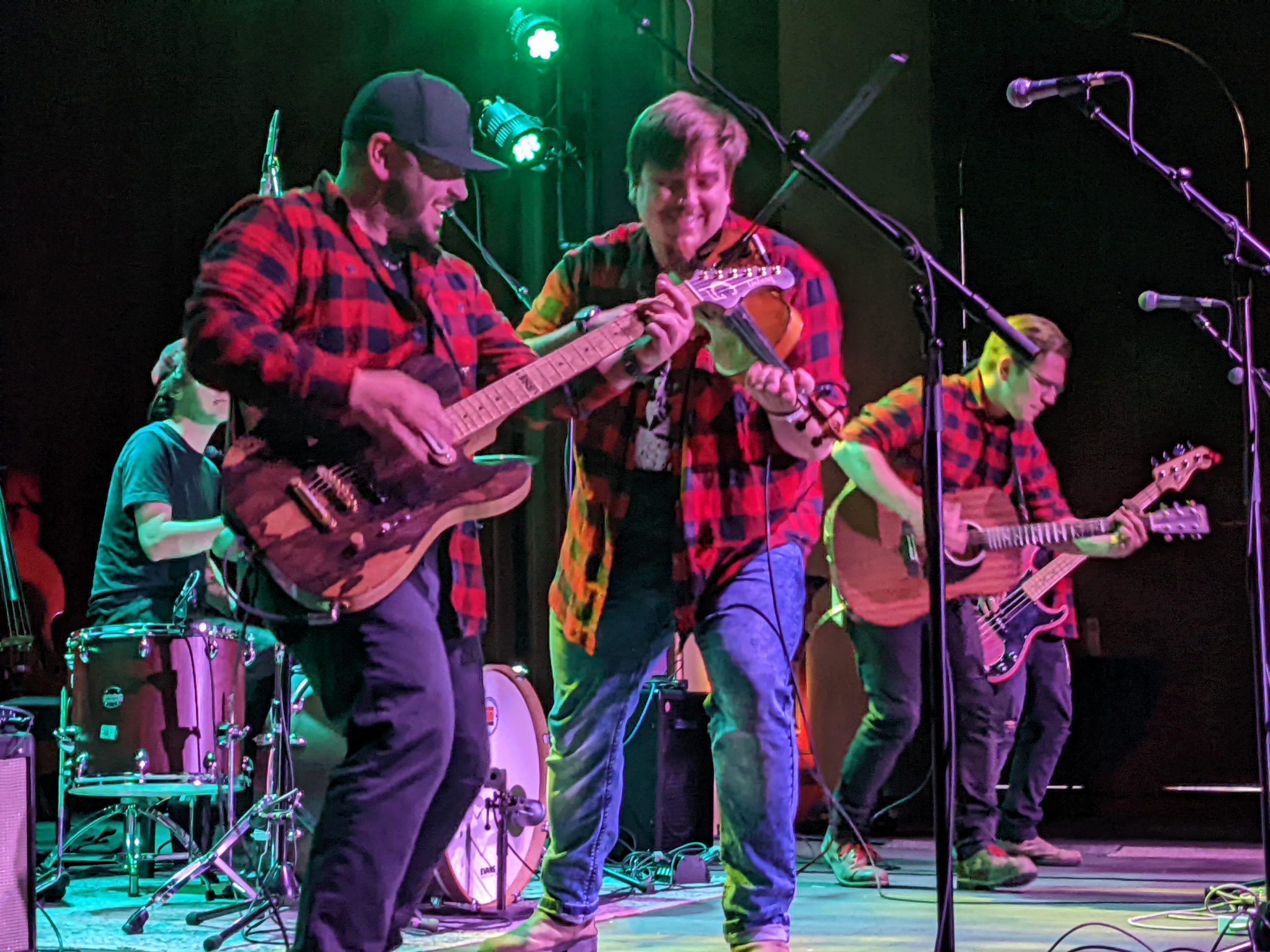 And the winner of Performing Artist of the Year is ….. Amanda Rheaume! 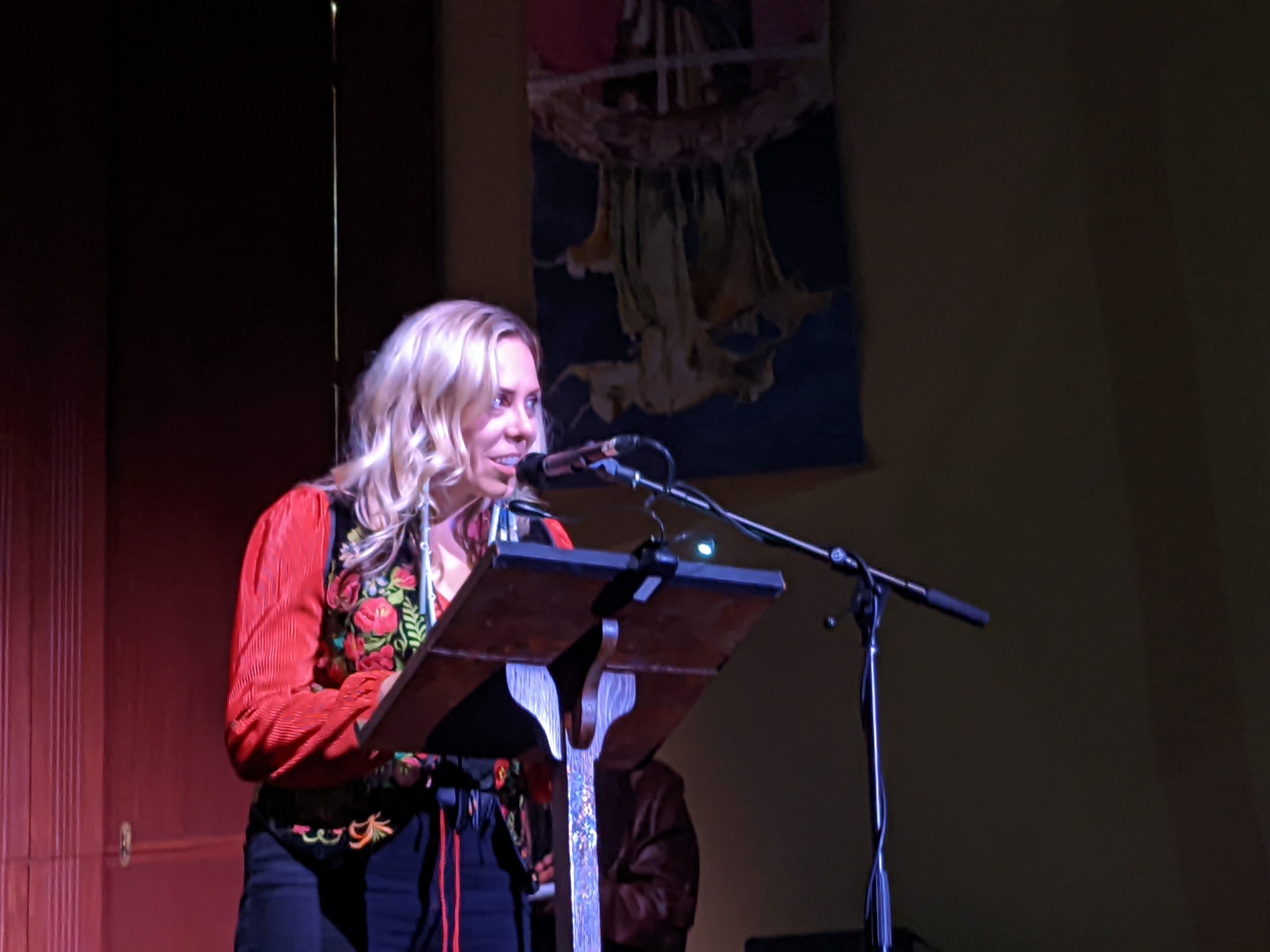 Everyone involved in this year’s conference joins London native Paul Mills on stage for a rendition of Stan Rogers’ “Mary Ellen Carter,” in honour of the FMO conference having risen again. 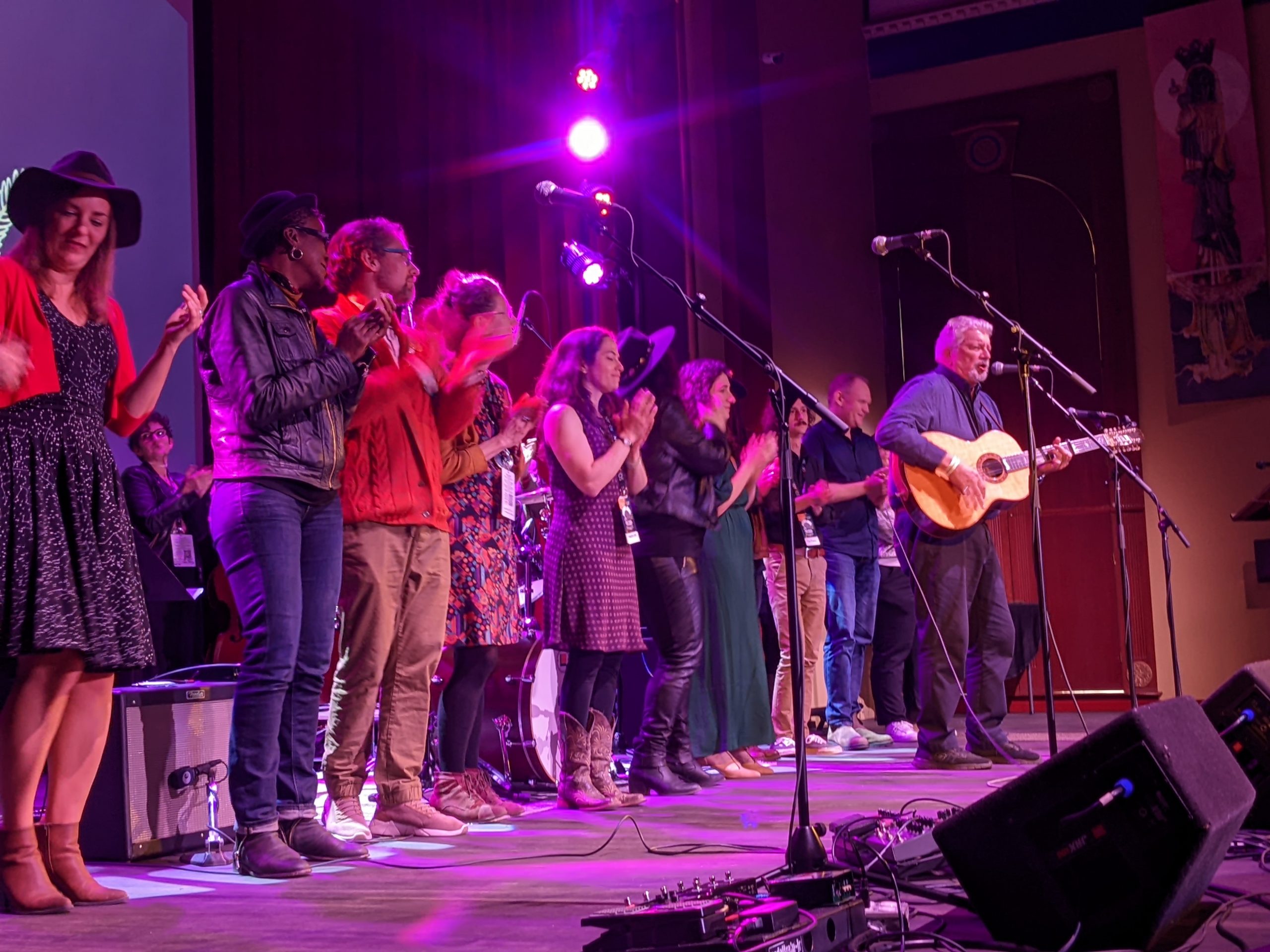 A well-deserved standing ovation from the audience caps off the afternoon.  Thanks for a great FMO, everyone! 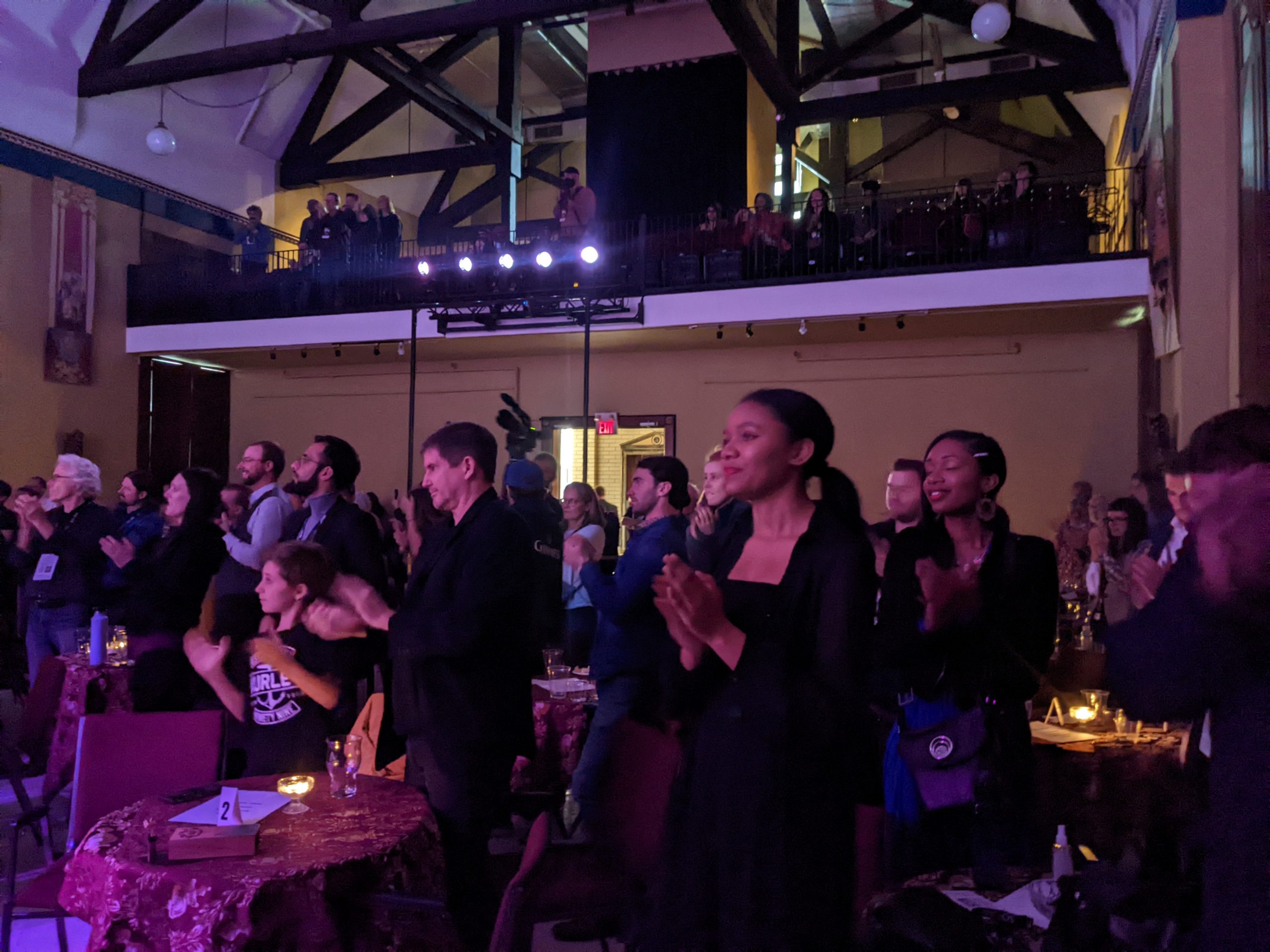