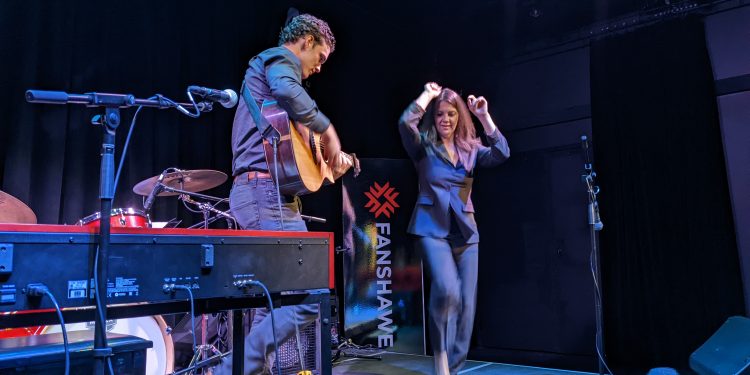 8:00 p.m.: Transportation schedules being what they are, I have just arrived at the Folk Music Ontario conference, a full two hours after it started and too late to see one of the artists I was really looking forward to checking out:  Sophie Lucaks.

I’ve clearly got some catching up to do here.

First stop? Um. Whichever showcase suite there’s still room in by the looks of things. Two years away hasn’t harmed the turnout for the showcases, that’s for sure. This is great! I settle into showcase suite three and catch a bit of Reney Ray, the Kapuskasing artist who won the Canadian Folk Music Award for Francophone Songwriter of the Year this year. It’s not hard to hear why. She’s definitely got the chops – and also a particularly lovely singing voice.

I stick around for a bit of Montreal band Callaghan and the Woodpile (gold stars for the name) before moving over to suite one for Shawn Ferguson.

Shawn’s stirring, atmospheric instrumentals are exactly the kind of thing I need right now after nine hours on a bus. But the set also has some variety to it.  At one point, he sits down on a chair, lays a cello across his lap, and proceeds to play it like a guitar while singing us a song in his native French.

I open my camera to grab a photo of Shawn, and my phone promptly dies. I neglected to bring my charger over from the hotel.  I’m a little out of practice at this reviewing shows thing. 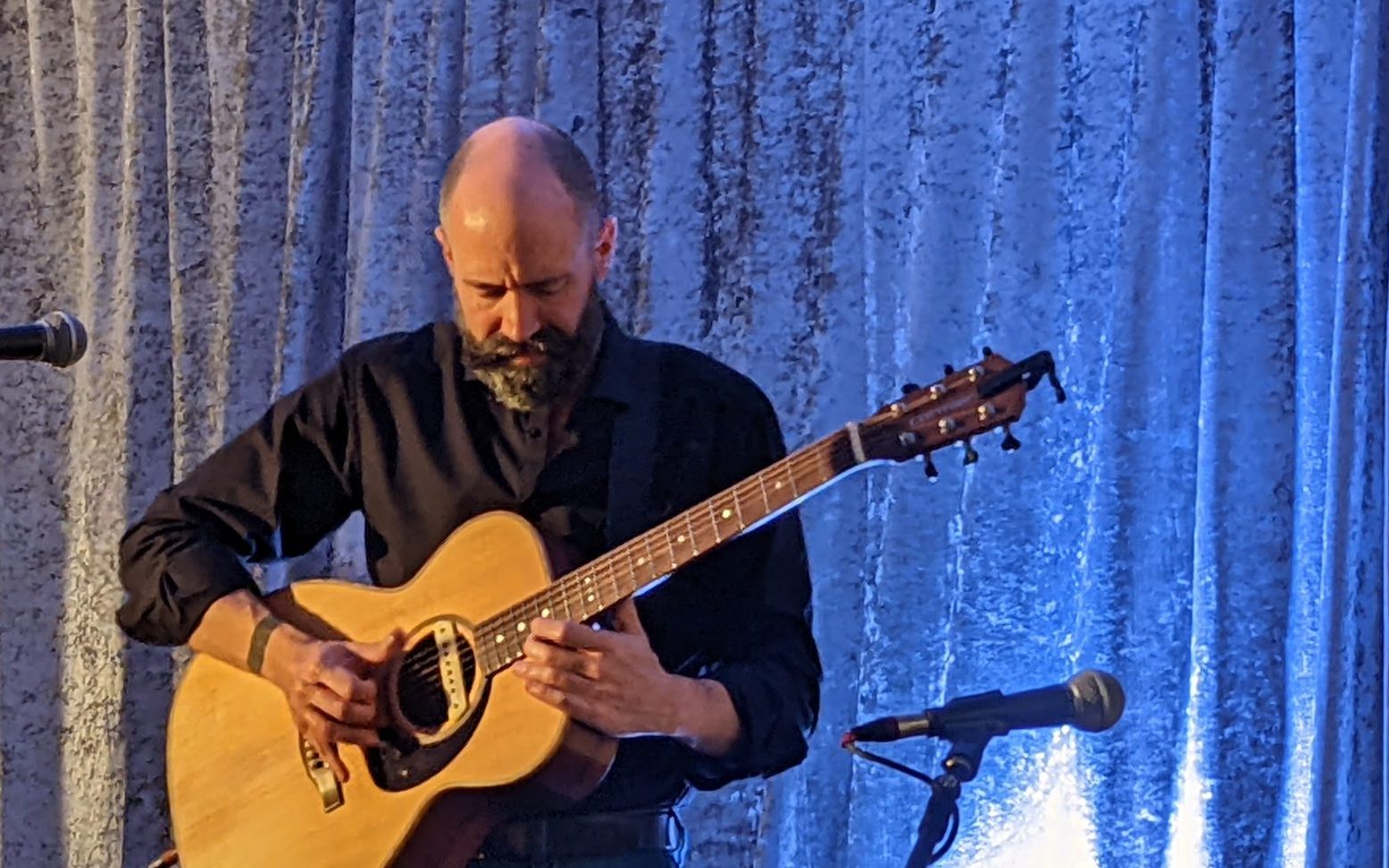 Shawn tells the audience he’s going to close the set with another vocal number, but he’s new to singing and is having an issue with his voice.  A couple of members of the audience assure him he sounds great, and he proceeds to break into song sounding to all the world like Neil Young.

I’m sure there were a few musicians in the audience wishing THEY could sound like that when their voices are shot.

10:30 p.m.: After going back to my hotel room to charge my phone, I have arrived at the London Music Hall of Fame – not to be mistaken with the London Music Hall – to check out Maria and the Band, the Brazilian-Canadian ensemble whose music I reviewed last year with some enthusiasm. There’s just one problem: the band isn’t here. Here’s hoping there is a simple and non-tragic explanation for this. I was really looking forward to seeing these guys. Fortunately the Hall of Fame is a pretty interesting venue. Did you know Tommy Hunter was from London? Me neither.

10:55 p.m.: I’m still at the London Music Hall of Fame having the first really damn good time I’ve had this evening. Macedonian trumpeter Nizo Alimov is on stage with his Balkan Roma brass band, and everything about this is awesome: the energy; the musicianship; Nizo’s deep, powerful and sometimes mournful vocals when he sings; the dancer; and especially the sight of Nizo’s young son, Serchuk, playing davul. Nizo is an alum of the renowned Kocani Orkestar and a newcomer to Canada who is being mentored by Juno-nominated Toronto world musician Brenna MacCrimmon. I expect he’ll be a huge figure on the Canadian world scene before long. 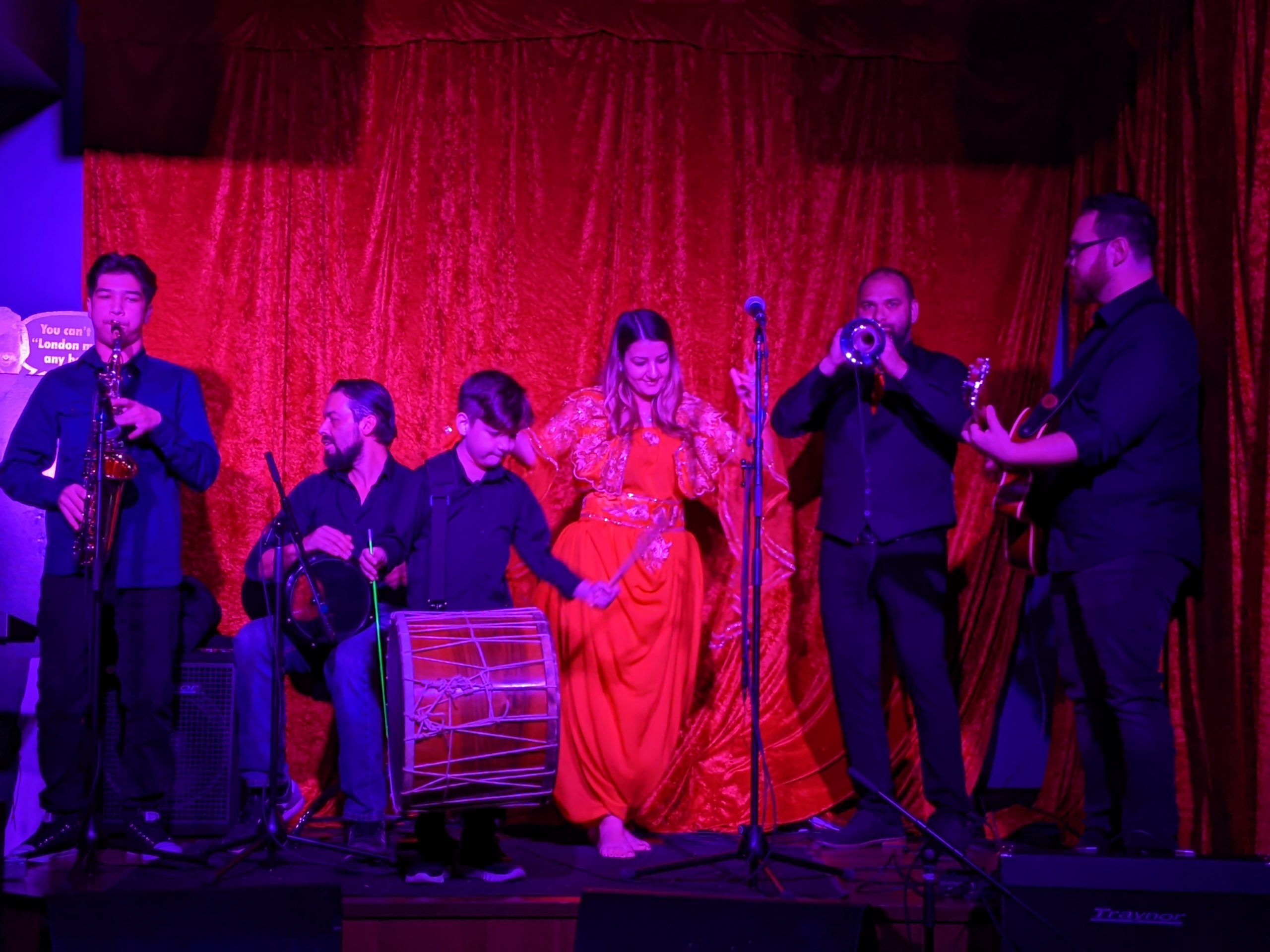 11:21 p.m.:  It wasn’t hard to find the venue that Emily Jean Flack was playing at. Her voice rang out through the streets a block away (it didn’t hurt that organizers placed a speaker outside the venue). And what a voice she has. The recordings I’ve heard from her really don’t do justice to her raw power. Another thing you don’t get on record: her extremely charming down-to-earthness on stage. I felt like I could go up to her as a complete stranger and invite her over for dinner, and that wouldn’t seem the slightest bit weird. For those who don’t know, Emily Jean is the daughter of Leahy’s Denise Flack. She performed on stage tonight with her cousin Xavier Leahy, and she closed her set the way Leahy’s are wont to do: by stepping dancing a hole into the floor (Not literally but you know what mean).

Back at the Hall of Fame, I manage to catch a couple of songs by Matt Zaddy who convinces me I should pay more attention to him, and then I head over to the Richmond Tavern with the plan of capping off my night by seeing Alysha Brilla—after hearing Bev Kreller rave about her during the summer festival season. I arrive as Jenny Thai is setting fire to the place with a scorching set (sorry for the corny cliche, but you had to be there. It was great). Right away, I identify a problem I kind of feared we’d face if FMO moved some of the showcases into public venues: the decibel level here is beyond comfortable, and I’m not traveling with ear plugs (who needs ear plugs at a folk conference??). In the end, I opt to enjoy Jenny’s set from behind the wall that separates the live music space from the pool tables. I can’t see the show but I can hear it comfortably. 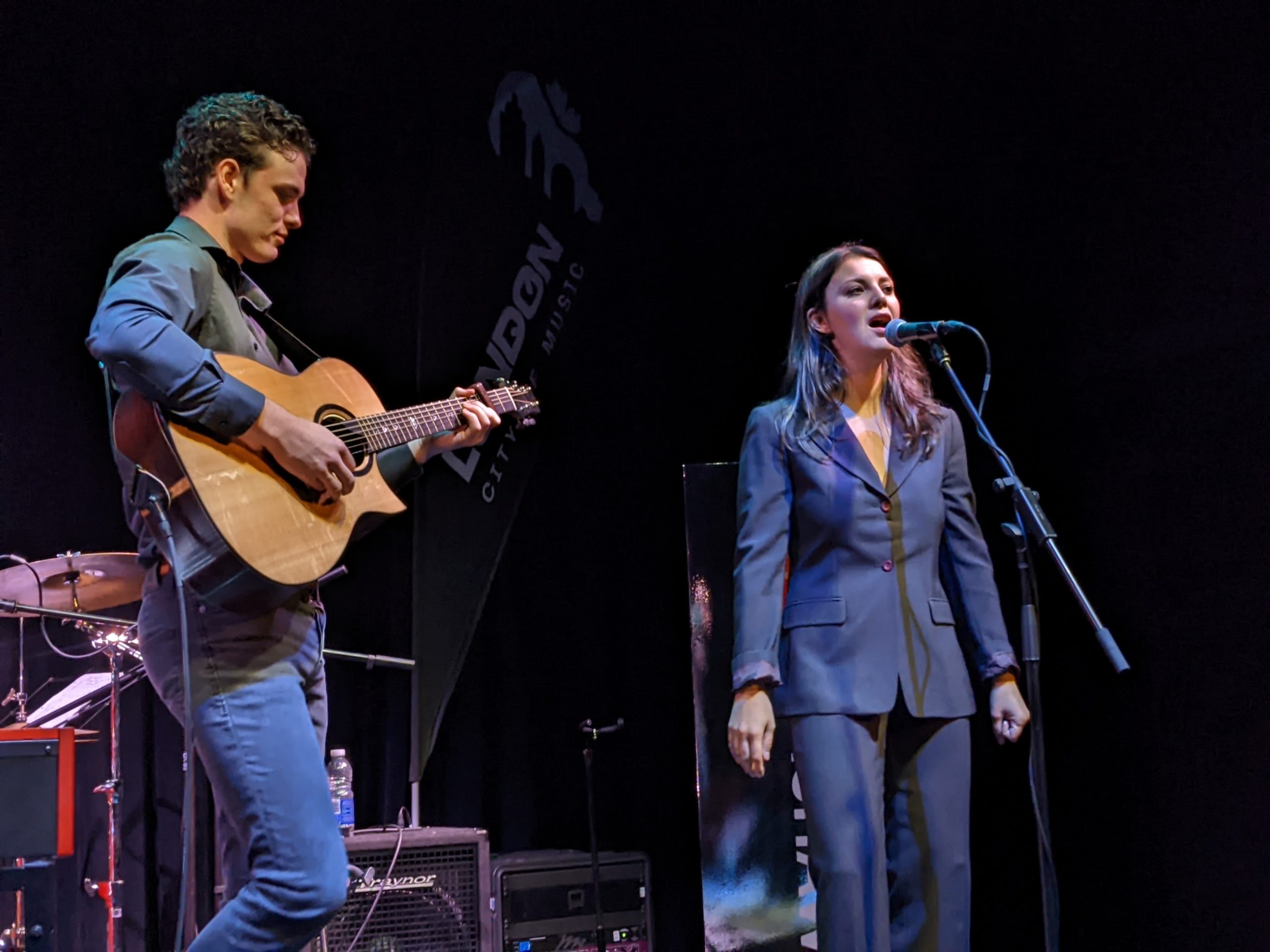 Alysha’s set sounds a little quieter to me, so I pop into the doorway to watch as well as listen. Bev is right. She’s fantastic, what with her delightful roots-reggae sound and that vibrant personality of hers. I don’t stick around that long because bed is calling, but I’m sold. 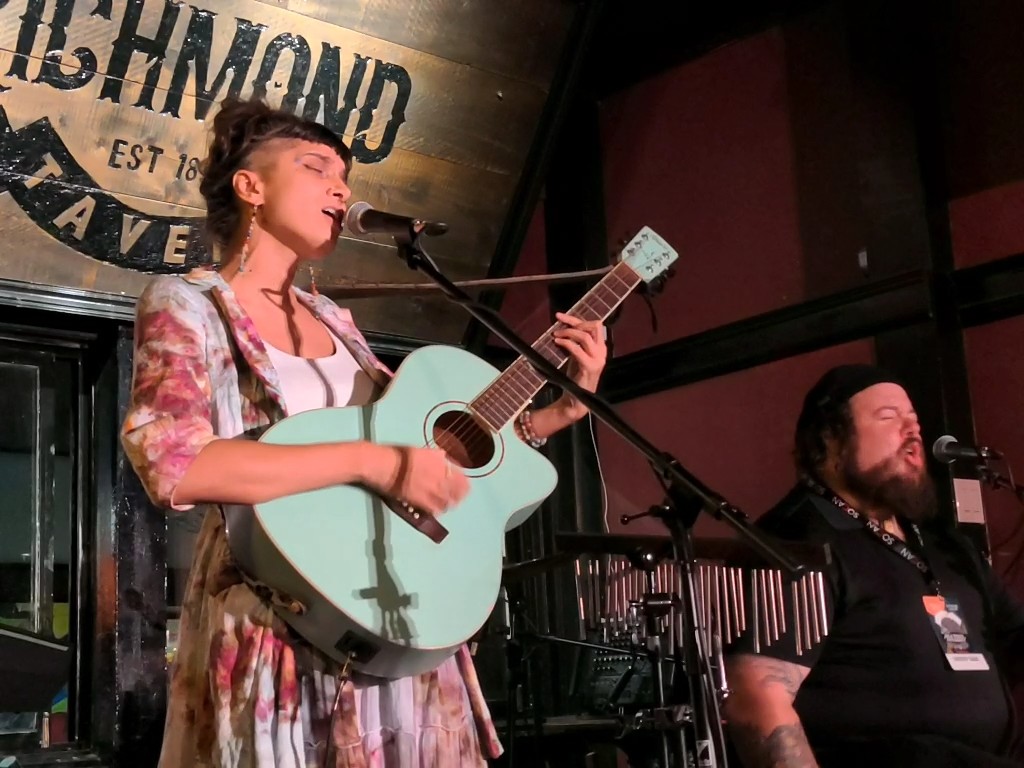