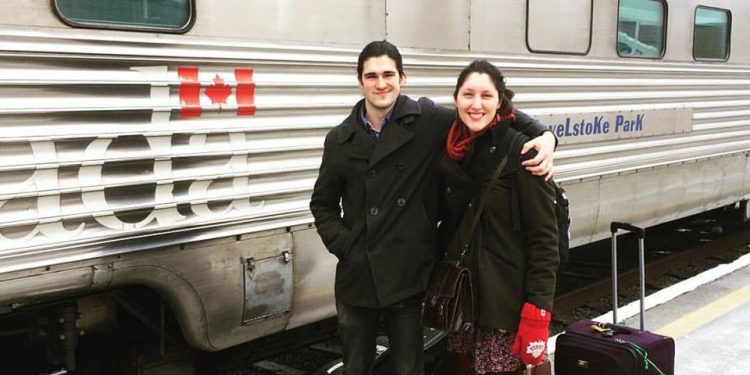 As you read this, chances are I’m on the bus to London, ON, preparing to spend the first of three evenings watching live music until the wee hours at the annual Folk Music Ontario conference – although thanks to the influence of new executive director Rosalyn Dennett, the showcases aren’t scheduled to go quite so far into the wee hours as before.

That’s great news, because there’s a lot of stuff that’s worth waking up for this year.

Here’s a look at a bunch of things I can’t wait to check out during the day at the FMO conference.

After two and a half years of isolation and stalled career momentum, I think it’s safe to say many people in folk music have seen their mental health take a hit. Yoga and AA have long been a part of folk conferences, but this year, FMO has added group therapy sessions aimed at helping us resolve the existential crises we may have found ourselves confronting. The sessions focus on things like work-life balance, career planning, social justice, and dealing with the need for external validation by seeking honest connection. What a nourishing collection of offerings.  Thanks, FMO!

2.   The Folk in Film festival

Seriously, what’s not to love about this idea? You grab a muffin and coffee and go watch folk-related movies for a while. The festival is mostly shorts, music videos and animated pieces, but there will also be a screening of Sultans of String’s Refuge project visual album. It all sounds like a great bit of escapism for those moments when you’re maxed out on new music and socializing.

This might sound like an intellectual parlour game with no useful application to reality, but I think it’s actually an important conversation for us to be having right now. You see, for decades, musical genres were neatly separated, mostly by radio formats, and to a lesser extent, by music video channels and concert and club circuits (folk festivals, folk clubs). That is to say that there were gate keepers controlling what we heard, and they essentially defined the parameters of a genre. More importantly, those genres were defining elements of our social “tribes.” The radio station you listened to or the concert or club scene you belonged to defined the kind of clothes you wore, the politics you espoused, sometimes the values you held, the businesses you frequented, the products you purchased and much more. But with streaming services, there are no more gatekeepers, and there is no social significance to your musical choices. That’s not necessarily a bad thing — but it’s very hard for artists to market themselves to a community they can’t define. So I think it’s terrific that FMO is instigating this conversation about what makes folk music folk. Because it’s a chance to talk about who the audience for folk artists really is,and how we reach them.

4.  The workshop titled “Slow touring, eco-songwriting and other acts of environmental activism”

Bless FMO for putting this together. For the past year or so I’ve been saying we need to have a conversation about the future of our industry in the age of environmental collapse. How can we continue to justify touring in fossil fuel-powered vehicles and jets when we have as little as seven years left before we use up the remaining carbon budget to stay under 1.5 degrees of heating (“a level of heating I am not confident will be compatible with civilization as we know it,” according to NASA climate scientist Peter Kalmus writing in the Guardian?) But how do we create sustainable careers for artists that ARE also environmentally sustainable?  Liv Cazzola of Tragedy Ann has been working on these issues as part of Music Declares Emergency and will moderate the panel.

5.   The return of the exhibit hall

This had disappeared from the previous incarnation of the FMO conference, and it’s great to see it back. The exhibit hall is such a great place to network and find out about businesses you may never have encountered before — and catch up with those you have. I can’t wait to look around.