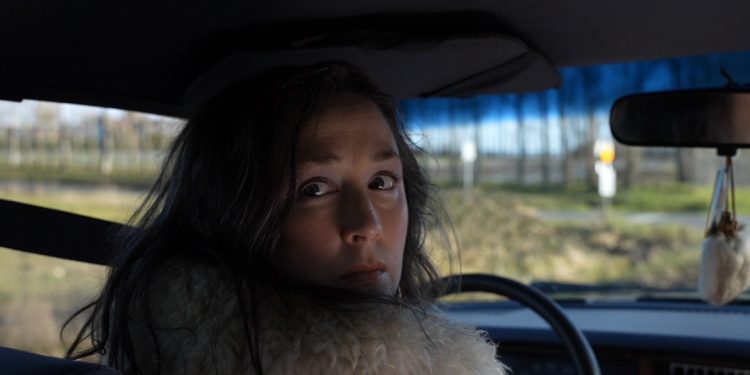 Singer-songwriter Claire Coupland is just about to release the video for her latest single, “1,000 Miles From A Dream” on Friday, and we’re thrilled to premiere it today here on Roots Music Canada.

The video has been chosen as a showcase piece at this years’ Folk Music Ontario conference and will be shown on Friday at the conference.

The video looks at what it would be like to leave a partnership or marriage that was breaking you – something that has been difficult for many women throughout history for a multitude of reasons.

“That’s why many women have inspired this story, some I have known and others before me,” explained Claire.

The video paints a vivid picture of a woman leaving in the dead of night, suitcase in hand, coins to make the train.

“Lines he crossed, she hides with makeup and lace / by the dawn, she’ll be gone, no trace,” Claire sings, while the mini movie depicts the woman’s escape and the complicated nature of her situation.

Filmed at various beaches, streets and locations throughout Vancouver Island, “1,000 Miles From A Dream” was shot by Ali Calladine and Leta Cushing-Woodcock. Beautiful, cinematic imagery bursts onto the screen. Darkness, frost and the morning sunrise at Michell’s Farm create a moody ambiance that strikes the emotion of the storyline.

The song is folk but features jazz-influenced chords and a bluesy riff/hook. Like many projects being released right now, it’s a product of a substantial period of reflection brought on by the COVID-19 pandemic. Without live performance and the usual music engagements, Claire’s creative focus was turned inward towards a collection of partially written songs that had long been lying dormant in her imagination. Deeper, darker and more vulnerable song-writing exploration unearthed stories of fragile family dynamics, the struggle to belong, homesickness, painful goodbyes, and hope for the future.

After half a year of email and phone correspondence, COVID-19 vaccine rollouts and easing of border restrictions, the stars finally aligned and Claire made a trip to Los Angeles to join creative forces with Juno Award-winning musician and producer Sam Weber (Bahamas, Terra Lightfoot, Madison Cunningham). Together with a hand-picked selection of LA’s finest musicians, the team laid down a collection of exciting new songs with bluegrass, folk, soft rock and grunge flavours, and thus her brand new album, New Light, is set to release in early 2023.