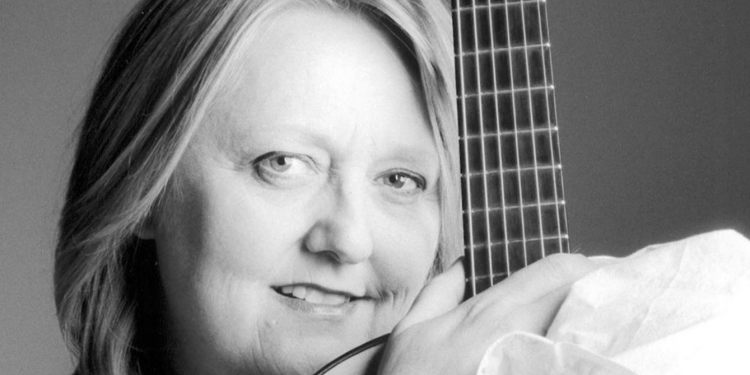 Vancouver’s Rogue Folk Club dives fully into the fall season this month with four shows for us, including two artists who could fairly be described as legends.

Don Ross and Connie Kaldor are both on the schedule, along with LJ Mounteney and Bill and the Bells.

The Rogue continues to offer its shows as both in-person and live streamed events, meaning you don’t have to be in Vancouver to check them out.

Renowned Canadian guitarist Don Ross won his first U.S. National Fingerpick Guitar Championship in 1988 and played the Montreaux Jazz Festival that same year. It’s been all up hill from there. Don released three CDs with Duke Street Records and three for Sony Music/Columbia Records. He won the U.S. National Fingerpick Guitar Championship for the second time in 1996. To this day, he is still the competition’s only two-time winner. Don signed with Narada in 1998 and released a further three CDs for the label, which include several songs that are now considered more or less standard repertoire in the genre. He also started playing regularly in Japan, Taiwan, the USA, and multiple European countries. In 2005, Don entered into negotiations with the internet-based label startup CandyRat Records and became the company’s first signed artist. Since then, he has released multiple CDs and two live concert DVDs for the label, on top of independent releases. Meanwhile, Don’s touring base has expanded to include trips to Australia, India, Russia, China, South Korea, and a dozen European countries. During the Covid-19 pandemic, Don went back to university, completing a Master of Arts degree in Orchestration through the University of Chichester (UK) and ThinkSpace Education. He immediately started working extensively scoring orchestral and electronic music for video games, films and television. In 2021, Don won the prestigious Walter Carsen Prize for Excellence in the Performing Arts, administered by the Canada Council for the Arts.

Like Don Ross, Connie Kaldor needs no introduction. She is a Juno Award-winning singer-songwriter who has flourished on the folk music scene for over four decades, yet her repertoire of original material blurs musical boundaries, embracing elements of gospel, rock, country and western, folk, bluegrass and adult contemporary. Like many prairie girls in the 50s and 60s, Connie grew up singing in the church choir and listening to Patsy Cline and The Beatles on her record player. But it wasn’t until the 1980s, after four years spent performing with an avant-garde theatre company in Toronto, that Connie turned to music full-time and was welcomed with open arms by the folk scene. Her live performances are legendary and her fan base broad and fiercely loyal. People come back to see her again and again because a Connie Kaldor performance is about more than just the power of music. It is also about the power of personality. What she says between songs is as intriguing as the lyrics she sings. She has traveled prairie backroads to visit modest community centers and sold out concert halls in major cities. From Beijing to New Delhi to Saskatoon to Washington, Connie has triumphed with a mix of song and spoken word honed in pacing and tone by the many years she spent performing.

Born in Edmonton and raised in Calgary, LJ Mounteney eventually moved to Vancouver in the early 90s, where she fell in love with jazz.  Inspired by the genre, she studied jazz voice with Jennifer Scott at Vancouver Community College’s highly regarded commercial music and jazz program. For the past few years, LJ has had the distinct pleasure of working alongside some of Vancouver’s finest musicians including Gabriel Mark Hasselbach, Ron Thompson, Brent Gubbels and Daryl Jahnke. She took on the role of lead singer and co-host in Van Django’s annual Cool Yule tour. She was invited to participate in The White Album Revisited benefit concert with many other talented Vancouver musicians, singers and composers. She was a featured guest in Motown Meltdown. And currently, she is a singer in two tribute bands: Zappostrophé (Frank Zappa) and Get Back Reimagined (The Beatles). In late 2019, veteran engineer Ken Burke connected LJ with blues legend and Juno Award winner Jack Lavin to produce and record an authentic album of blues and roots. One pandemic and two years later, it is finally complete. Her sophomore album includes some of the finest musicians, singers and songwriters in the country.

Roots mainstays Bill and the Belles is Kris Truelsen on guitar; fiddler Kalia Yeagle, bassist Andrew Small; and banjo/banjo-uke player Aidan VanSuetendael. Early fans of the band were hooked by their singing, and their latest material continues to deliver stellar vocal trio arrangements that nod toward groups like the Ronettes and The Shangri-Las. The band began as a project to explore the sounds between rural and urban music, between vaudeville and down home roots, but they’ve arrived somewhere wholly their own. They revel in the in-between: deeply engaged with the stringband tradition and eager to stretch those influences to contemporary settings. Their latest album feels like the answer to the question, “What happens when a stringband from East Tennessee lays down a session at Motown?”