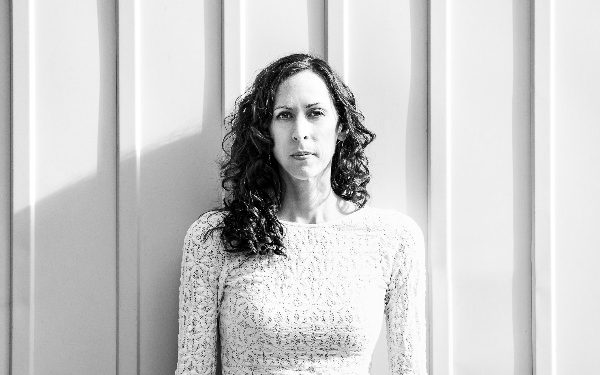 It was a dark time for many of us. One by one, concerts and dances were canceled as COVID-19 spread.

Hannah Shira Naiman recalls feeling hopeful that the spread of the virus would remain contained in countries and communities far from her, and then came the paralyzing fear that accompanied the realization that no community was immune.

Hannah wrote much of her new album, The Wheels Won’t Go, before the pandemic hit, while taking care of her daughter, and as part of a creation residency funded by the Ontario Arts Council. But The Wheels Won’t Go speaks to the hard times we and Hannah have endured, an it’s some of her best work to date.

Writing and recording the album took an outstanding amount of work and perseverance from Hannah. Since releasing Know The Mountain (and receiving the CFMA for Traditional Singer of the Year in 2017), she faced an incredible number of obstacles: having a child, moving to North Bay from Toronto (away from a rich community of old-time musicians to a very remote city with very few contacts), a death in the family… and of course, the global pandemic.

Recorded with producer Ken Whiteley in Toronto, each session took place under strict COVID protocols as Omicron was on the rise. Hannah’s initial trips to Toronto to record took place amidst vicious ice storms, and the engineer, Nik Tjelos. was taking breaks to speak to his family in Ukraine during the final mixes.

With an old-time melody as timeless as the hills – typical for Hannah Shira Naiman – “The Grouse” compares her lengthy search for a home to the relentless motion of the bird, “tippy-tippy-toeing” alongside her. The accompanying video, produced by Tim O’Reilly (The Barrel Boys) at SoundStill Productions, features Hannah on the banjo.

She wrote the swampy, driving, title track “The Wheels Won’t Go,” in the winter of 2020, and it recalls fear and denial of the COVID-19 pandemic’s early stages just around the time that her gigs started to disappear. It was released as a single to media acclaim and extensive airplay nationally and internationally.

“Rosieta Gal” is a spry, uptempo tribute to Hannah’s daughter that takes flight on the wings of Nathan Smith‘s fiddle and Hannah Shira’s banjo.

“Caroline Collins,” inspired by Hannah’s own experience with postpartum depression, is a dark, haunting ballad that tells of a woman whose momentary dalliance results in the unexpected responsibility of caring for a newborn.

The sweet, poignant “Ones & Twos,” written for Hannah’s good friends on their wedding day, is burnished by William Carn‘s lovely, processional-style arrangement, for Carn’s trombone and Olivia Esther‘s French horn.

Hannah wrote “Winter” to capture the silence and isolation of the deepest part of the season in her new home of Huntsville, in northern Ontario. Drawing on shapenote harmony and song structure, the song rests on a largely droning horn arrangement that covers it like a blanket of snow.

“Mary O’Matansie” works with a template of traditional Appalachian “playparties” and singing games. The song took on a new life when recording in the studio, and features a jazz/funk vibe, especially in the horn lines.

The slow, mournful “Vinegar Pie” was previously released as a single in 2021 and takes its name from a depression-era recipe for a cheap meal, or “desperation pie.” The song was written around the anniversary of the first lockdown of the pandemic, when vaccines were slow to arrive in Ontario. It was written and recorded remotely with producer Don Kerr.

Like “Caroline Collins,” the somber, atmospheric “Oh the Mother” (again featuring Abigail Lapell) examines a mother’s heavy, complex responsibility to her kin in pandemic times. It was written during the Christmas holidays in 2021, catalyzed by a chance encounter with a doe and her fawn, and a medieval prayer against the plague.

“Hartman’s Delight” is a happy traditional tune, and the album’s only instrumental, written in honour of a delicious chocolate bar! This song, like Hannah’s songwriting, begins with a traditional sound, (in this case the gourd banjo) and ends with a modern twist.

Hannah has plumbed the depths of adversity, and returned with the jewels of her music. In doing so, she’s created a work of enduring melody, great beauty, and content that speaks to eternal truth.

If you haven’t heard Francesca Panetta’s ‘So ...