Oxlip – I Said You Must Be Leaving 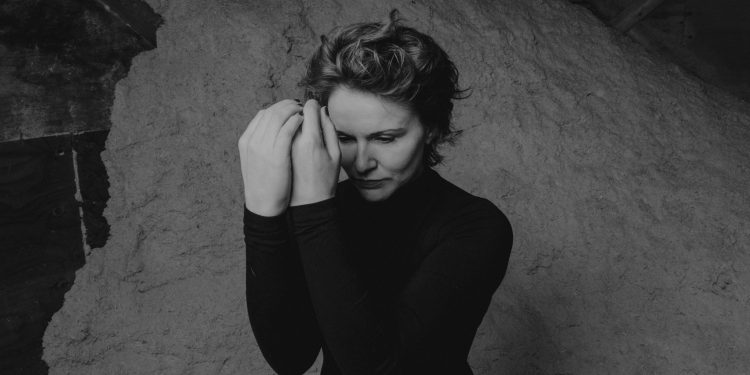 Here at Roots Music Canada, we’ve been following the career of Oxlip ever since we made our come-back in 2018.

We discovered her debut album under the Oxlip moniker in the Moose’s virtual mailbox, and we were hooked.

So we were super excited to learn that she has a new album coming out tomorrow, and we’re thrill to premiere it here today.

Oxlip is the stage name of singer-songwriter Jayne Trimble, who grew up in Coney Island, Northern Ireland and is now based in Vancouver.

There, she operates a boutique recording studio and record label for women called World Peach Records.

Originally, the Celtic influence was omnipresent, but now it is much more subtle.

The new album, her sixth, is called I Said You Must Be Leaving and was produced by Damien Jurado.

“I watched Unsolved Mysteries and wanted to intuit what I believed the victims of a Japanese Tsunami might want to say,” she said of the project.

I Said You Must Be Leaving‘s arrival marks the crest of a period of sustained career momentum for OXLIP.

Earlier in 2022, she received an Emerging Artist of the Year nomination at the Canadian Folk Music Awards in support of her sophomore release, Your Mother Was A Peacock.

That album offered a folk music-infused platform for stories that explored the recurring archetypes throughout art and literature surrounding women as scapegoats.

Shortly thereafter, the title track from OXLIP’s fourth album, A Kind of Premonition, was featured on the fifth season of MTV’s acclaimed Ex On The Beach series, as well as The CW’s Naomi.

In recent years Oxlip has also enjoyed concurrent visibility in the North American and UK press with profiles, interviews, and features on BBC Radio, the Just Us Folk radio program, and CBC’s The Next Chapter, among other platforms.