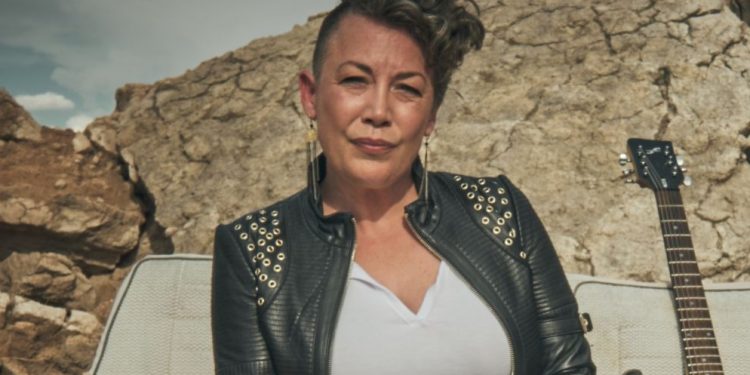 An excellent showcase for Calgary-based Ollee Owens‘ soulful, bluesy voice, her upcoming debut album Cannot Be Unheard lives up to its title.

Leading a cast of expert musicians, Ollee creates a sound that encompasses soul, R&B, gospel and blues to establish herself as a true contender on the Canadian music scene. For more information please visit any of the links below or Ollee’s website.

Cannot Be Unheard is an exploration of life birthed from her personal, yet universal experiences, both good and bad, and the lessons learned along the way. Examining various feelings of self-worth, and being careful with one’s actions, to the very concept of love itself, the songs touch on Ollee’s philosophy of moving through the world with intention, love, and the affirmation that one is worthy of the happiness that life offers.

Propelled by a powerful, distorted electric guitar, the soulful ballad “Through the Darkest Night” pays tribute to a long-term romantic relationship that stands up to the tests of time.

“Raging Fire” rides a simmering tension until it finally explodes late in the song – as the structure parallels the message about the incendiary power of the spoken word to cause harm to others. Chris Rodriguez’ smoldering electric slide guitar emphasizes the point with a quietly threatening presence throughout. Check out the official video here. “Don’t Let the Devil Ride” offers a dark, minor-key blues about the need to resist evil in all its forms – from your shadow self to the worst manipulator in your community.

With a Stonesy swagger, “Edge of Goodbye” plumbs the depths of the space between expectation and reality and once again showcases Rodriguez on guitar. Check out the official video here. A gentle meditation on the sometimes longing sense of hope, “One Day,” benefits from the supportive but crucial backing organ sound of Jeff Roach.

A peaceful, calm love song, “Something About You,” celebrates that person in your life who gives you much light and love. Featuring the horns of Tyler Summers to create a soul revue sound, “Truth Lies” suggests that willfully ignoring what’s real will only leave you in the dark.

“Nobody’s Fault but Mine” presents Ollee’s haunting take on a classic blues song about owning your own bad behaviour. The song showcases her considerable vocal skills, especially in the shouting breakdown that repeats “Nobody!” to great effect. “Hit or Miss,” a song about how comparison kills, starts softly with a percolating groove, then builds to a crescendo with a full horn section (Vinnie Ciesielski) leading the way.

With a lyrical mastery that speaks on all of life’s moments paired with a dynamic voice that reveals a well-travelled soul and the embers of passion within, Ollee Owens is a musical force of nature. Combining burning intensity with elegant grace and skilled composure, wrapped in an electrifying blues-rock veneer, the result is an unforgettable, emotionally-charged musical experience that moves both body and soul, creating a lasting connection through shared experiences and love of good music.

Raised in the Canadian Prairies, in the hamlet of New Bothwell, MB, music was always around Ollee growing up. Artists such as Elvis, Odetta, The Band, Mavis Staples and Bob Dylan were formative in her teen years. But more than just listening, she took comfort in writing her own songs, seeing music as a way to process the chaotic nature of life and give expression to her own feelings. And even when Ollee took a 15-year respite in order to raise a family, she never fully put a cap on her passion for music, volunteering as a music therapist, occasionally performing, and always continuing to write songs.
Website | Facebook | Instagram | Youtube