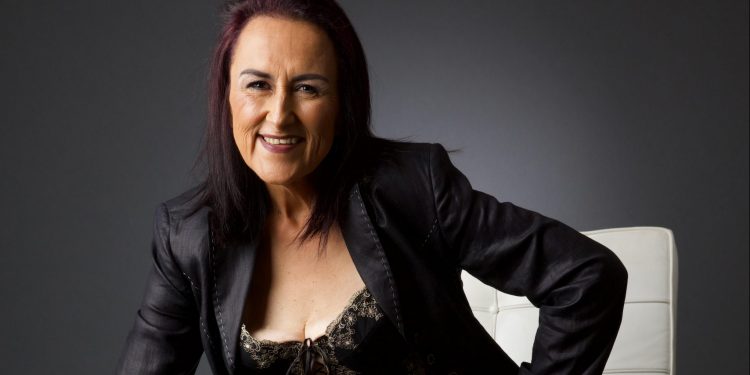 It’s been 15 years since Sandy Scofield released her last album, Nikawiy Askiy, so it’s exciting to finally see a new project from Vancouver-based Sandy – and what a project it is!

Red Earth was once again co-produced by Shael Wrinch and features Sandy’s usual band of Randall Stoll on drums, Brian Minato on bass, and Stephen Nikleva on guitar, a group of co-conspirators who give her work a unique sonic palette.

The song “Hummingbirds” is dedicated to and about Colten Boushie and Tina Fontaine.

“George” was written for and dedicated to the late Taran Kootenhayoo (1983-2020) with whom Sandy had the pleasure of working for two summers for Nlakapa’mux playwright Kevin Loring’s summer community theatre offerings.

“Maskihkiy,” which means Medicine, is a traditional hand drum vocal song written by Ray Thunderchild and gifted to Sandy, who is a Métis from the Saulteaux and Cree Nations from Treaty 1 territory.

Red Earth is dedicated to the memory of the Missing and Murdered Indigenous Women.

Though it’s been a long time since Sandy released an album. she had been keeping busy in the years leading up to this release, performing at various music festivals and events, composing the Welcoming Song for the 2010 Winter Olympics Opening Ceremonies, giving workshops on Indigenous music in schools and creating the sound design for Vancouver Opera’s Missing (about the murdered and missing Indigenous Women in Canada).