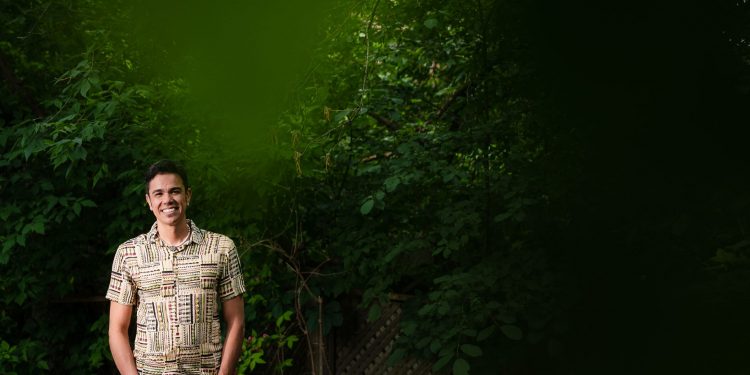 Meu Mundo will be available on all major platforms.

Carlos’ assured and evocative vocals shine throughout his expressive compositions, which are enriched by the arrangements contributed by collaborators and producers André Valério and Sammy Barros.

Through both its lyrics and rhythms, which draw on baião, ciranda, xote, choro, ijexá, maracatu and côco, the album traces the trajectory of Carlos’ journey as an Immigrant, leaving Recife-Pernambuco, Brazil and arriving in Canada.

Carlos explains his inspirations on the recording, saying, “In the various tracks you can hear my longing for the region of the Pernambuco inner state, the incredible backcountry of welcoming and humble people where my mother worked for several years as a nurse, as well as for chapada Diamantina, the valley of Capão in Bahia, where I had the opportunity to experience its stunning and simple nature – especially the Cachoeira da Fumaça waterfall.”

He continues, “On the album, I also portray the loves and experiences left behind, the initial difficulty of finding acceptance in a new culture, the struggles to find financial and emotional stability in a completely new world, learning to accept and love myself and my love for my beautiful daughter.”

In anticipation of the album release, Carlos has released a video for the single “Amor ao Meu Serta?o” filmed in the arid but beautiful region of Pernambuco. A video for a second single, “Uma volta na Veneza Brasileira,” which was released on Aug. 26 has just come out.

Beyond this current recording project, Carlos has altered Canada’s Brazilian music, contributing to numerous very diverse projects that have featured his abilities as bandleader and instrumentalist. An exceptional cavaquinho player, Carlos is also known for his work with the two-time CFMA nominated group, Tio Chorinho, Canada’s only ensemble dedicated to the performance of Brazilian choro music. Tio Chorinho will be officially showcasing at the upcoming Folk music Ontario conference in London in October.

The album release party at Lula Lounge will begin with an opening set by Narada – a new project by Brazilian singer-songwriter and percussionist Aline Morales with guitarist Wagner Petrilli – that combines Afro-Brazilian rhythms with the essence of bossa nova guitar.