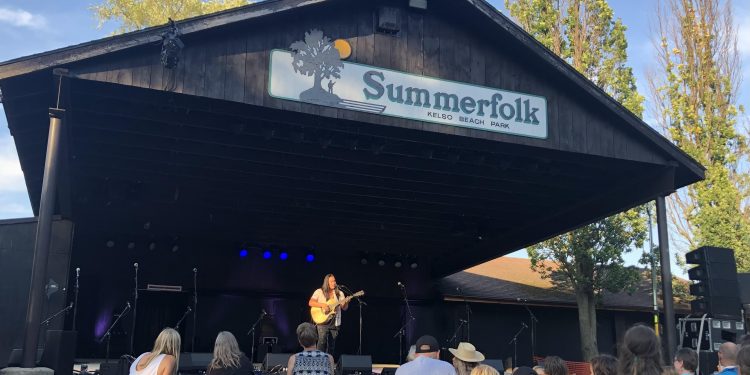 Summerfolk unfolded in Owen Sound from Aug. 19-21, the first time in three years it’s followed its traditional format down at Kelso Beach at Nawash Park.  Elizbeth Szekeres was there and brings us this photo tour if the event.

Irish Mythen, who sings of social justice, takes the stage while the diehard audience huddles under umbrellas. Weather at Summerfolk is always interesting. 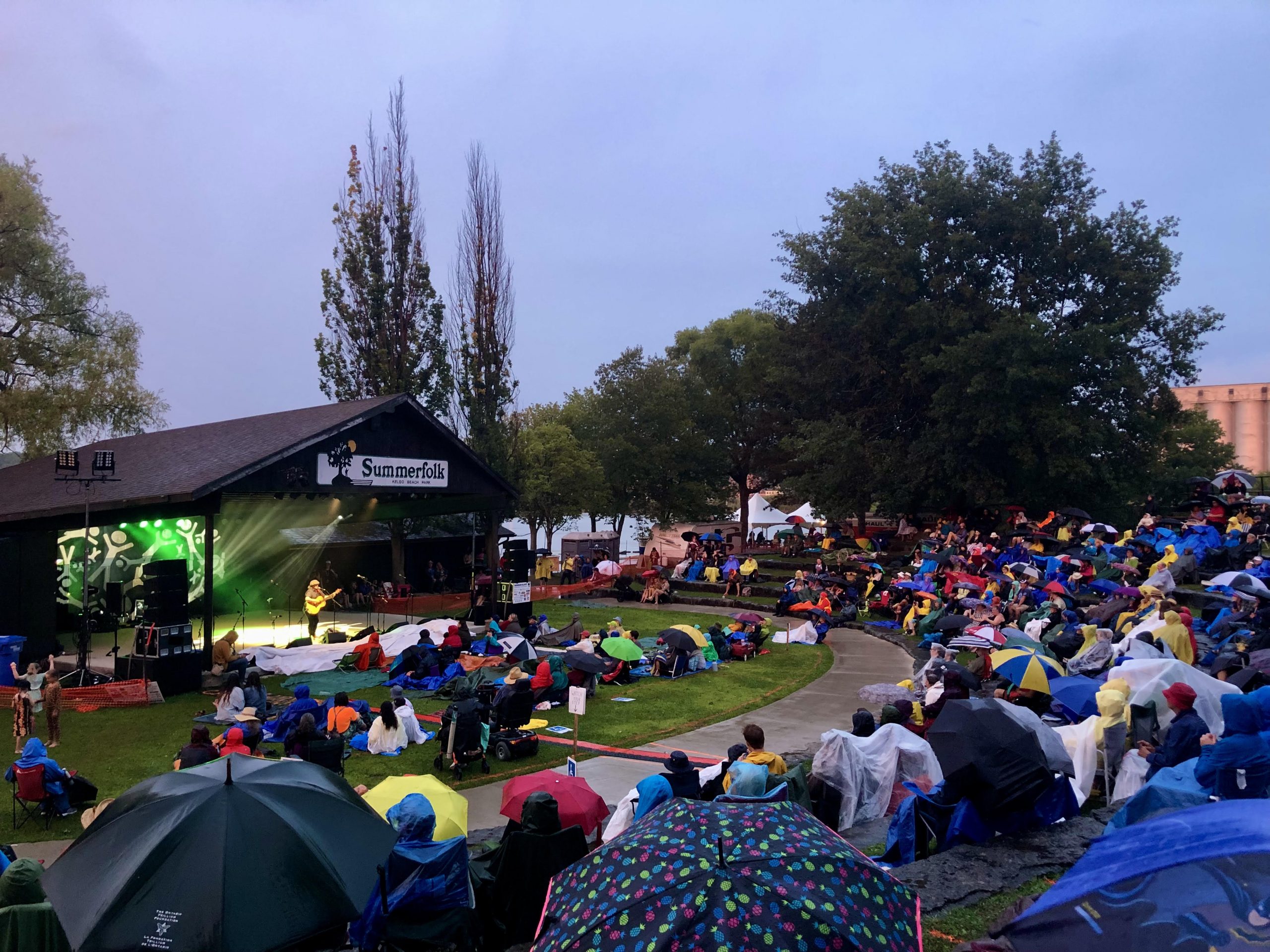 On the Down By the Bay stage, Le Vent Du Nord sings a cappella while Xavier Leahy and Tom Fitzgerald play a stepdance set for dancer and multi-instrumentalist Emily Flack. 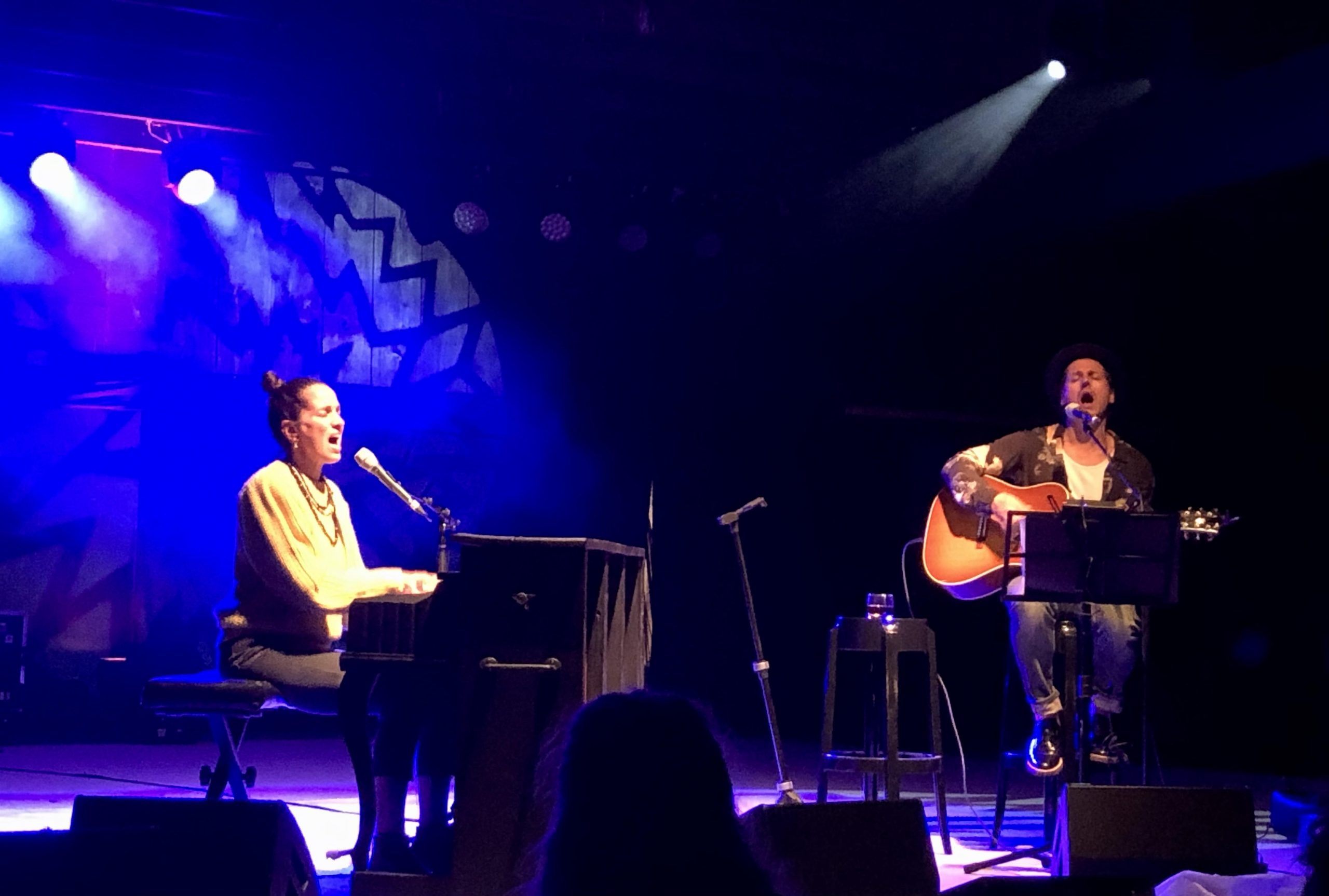 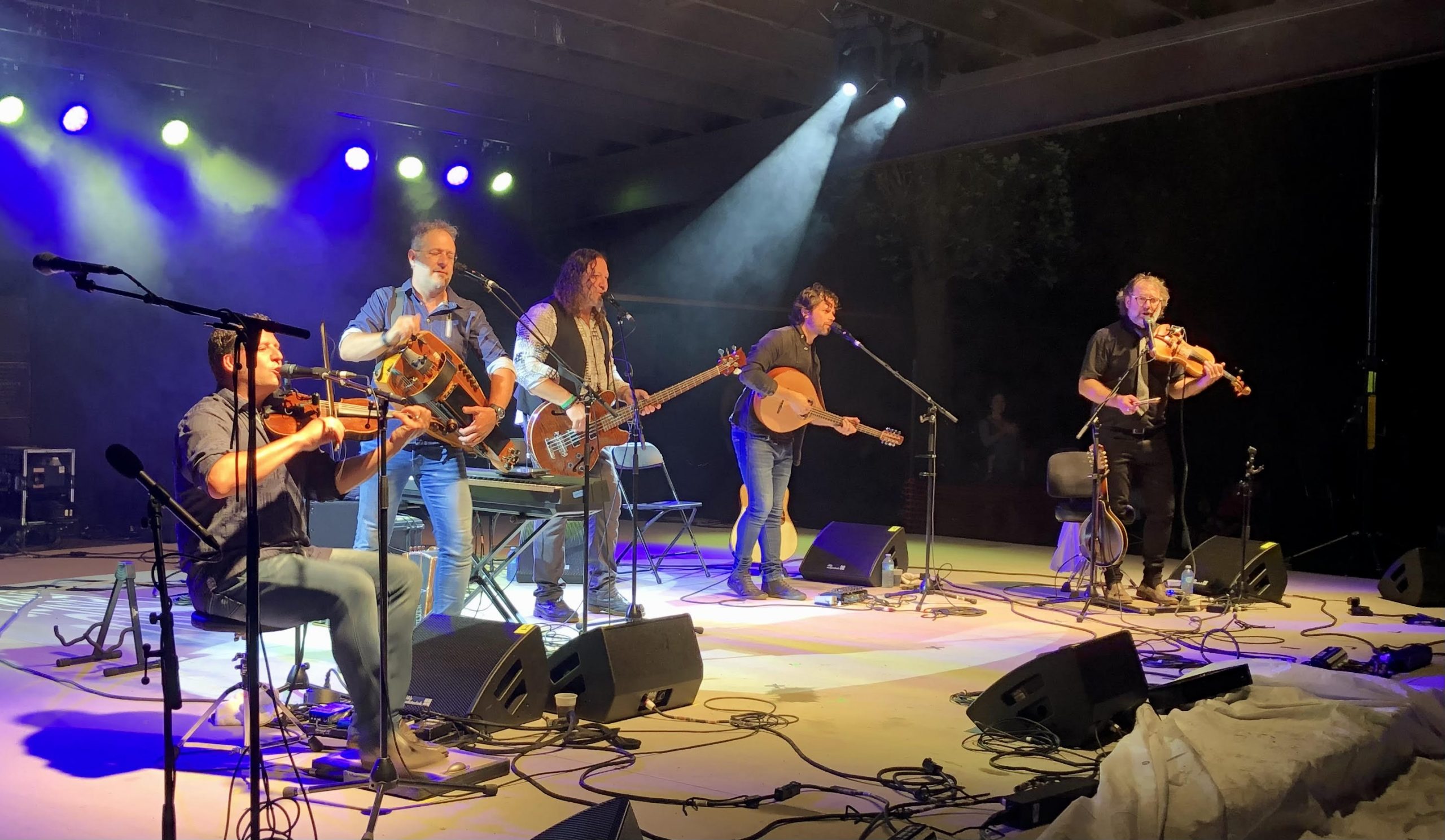 Colourful Okan really moved the audience with their energetic set of Afro-Cuban songs and rhythms. 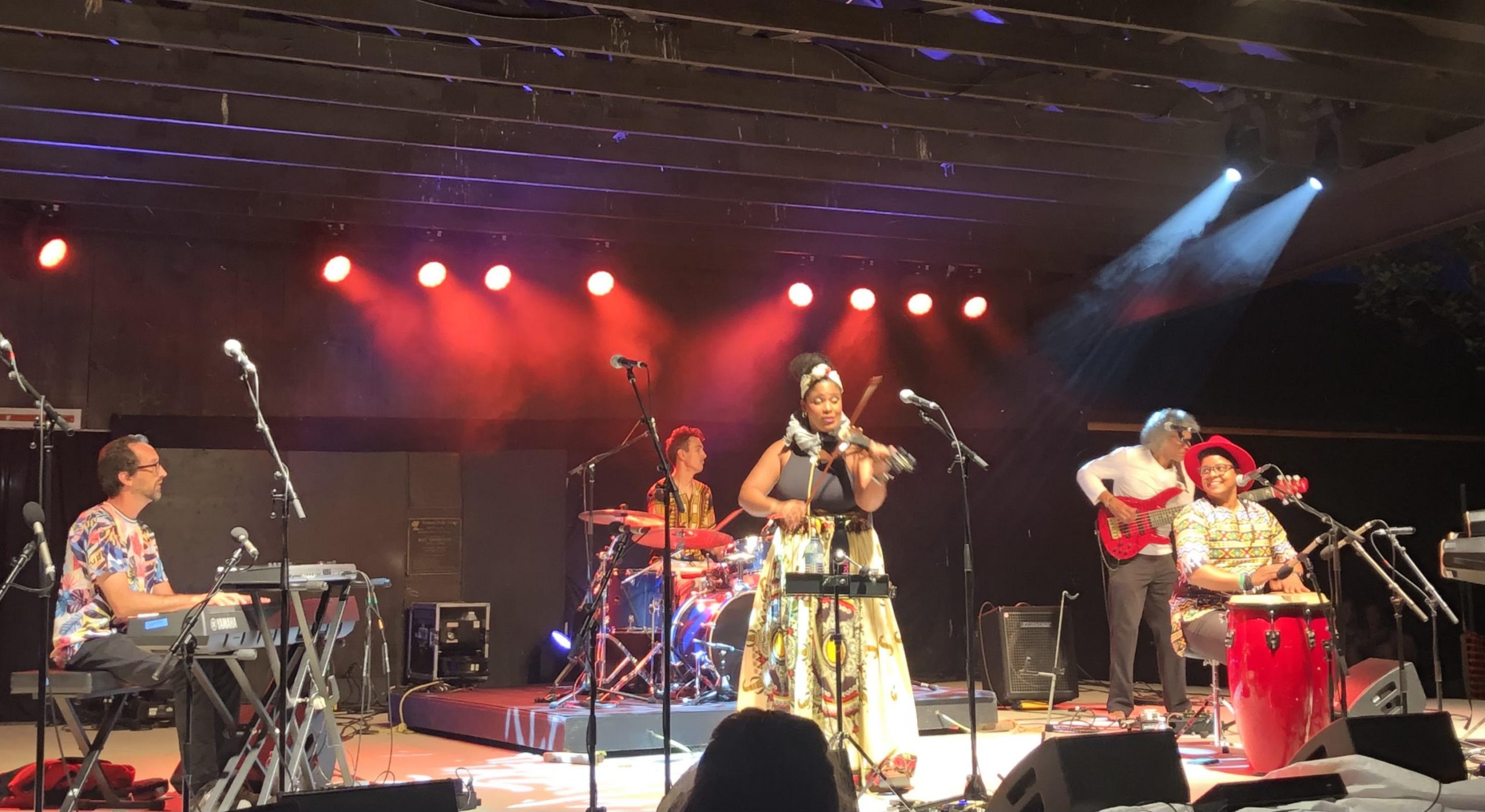 Consummate performer Steve Poltz made everyone sit up and take notice with his funny, poignant and socially aware brand of music. 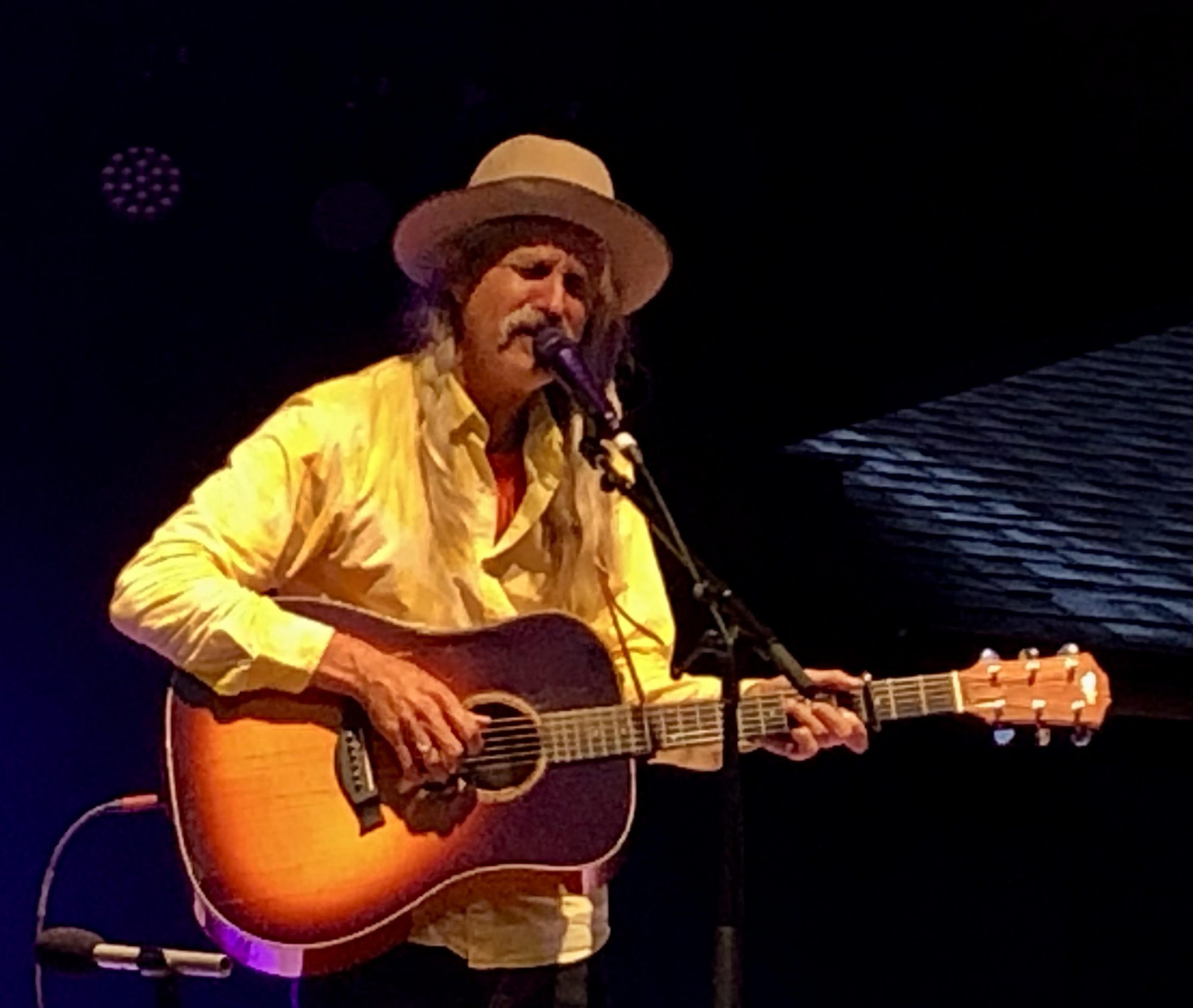 Twin Flames – Jaaji and Chelsey June – performed several times over the weekend, and created gorgeous sonic landscapes echoing the mix of cultures that is both the band’s ancestry and Canada’s cultural mosaic. 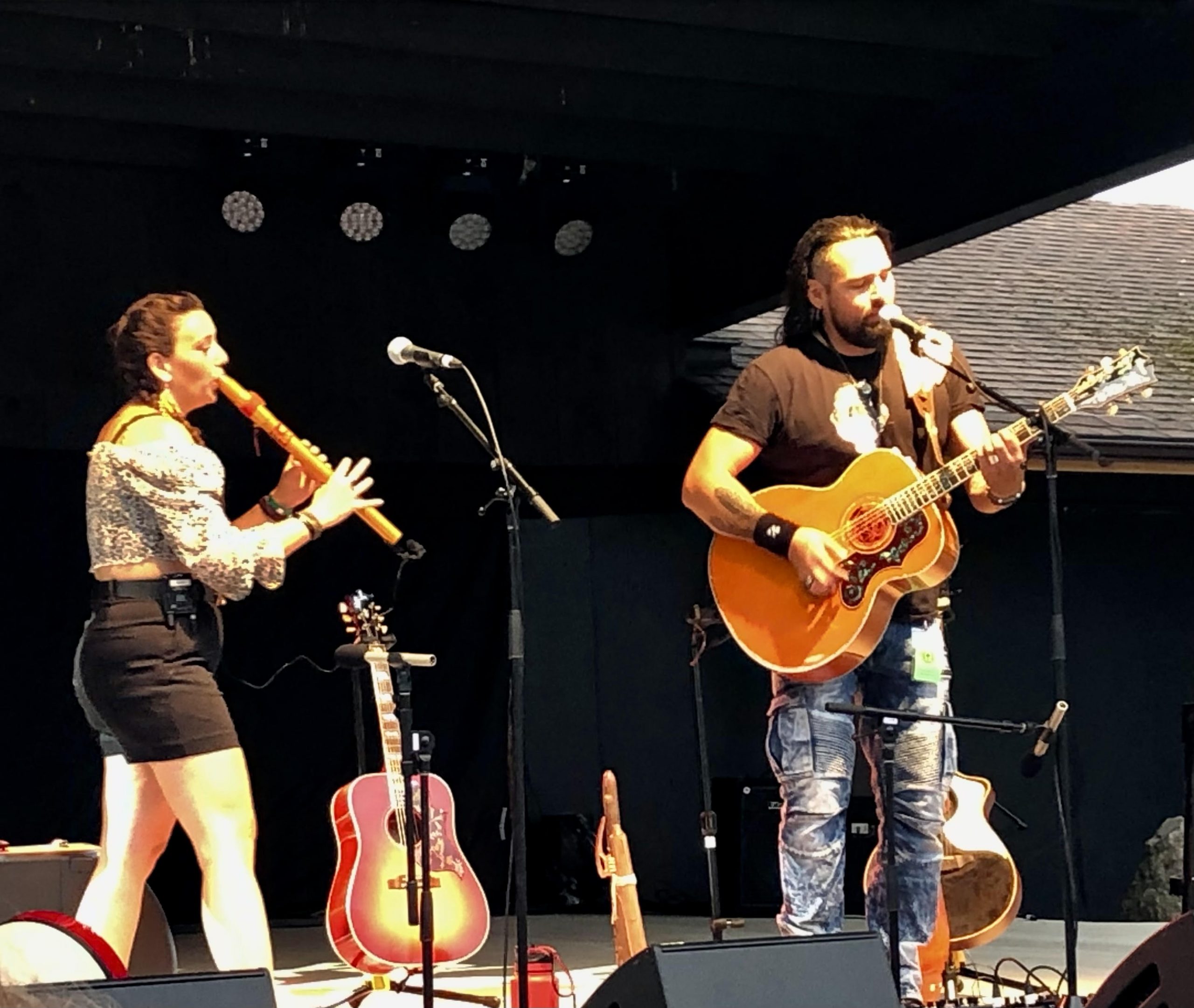 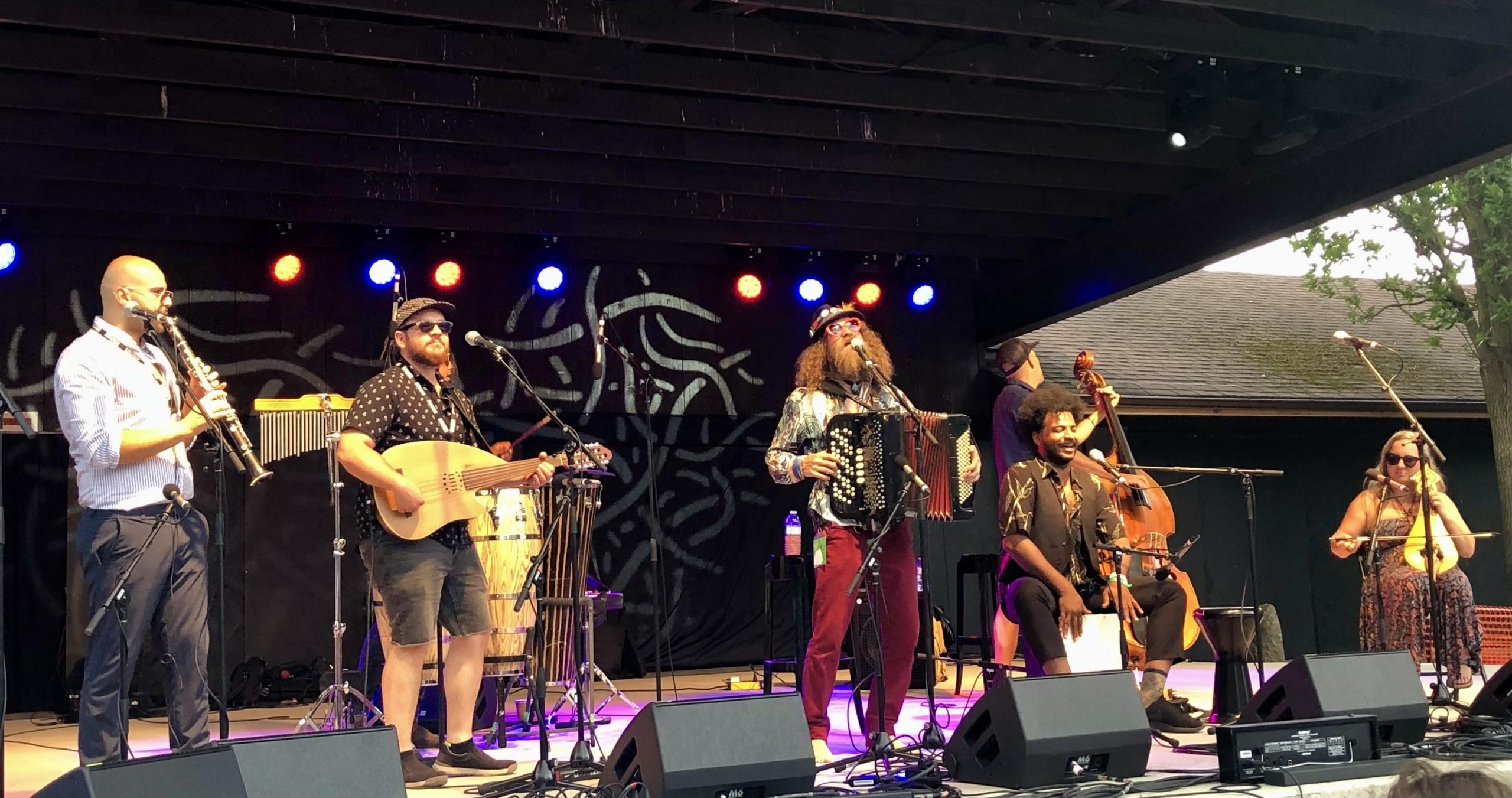 I was excited to finally hear the soulful First Nations singer-songwriter William Prince in person. He had been flown in from Newfoundland at the last minute, to fill in for ailing bluesman Matt Andersen. 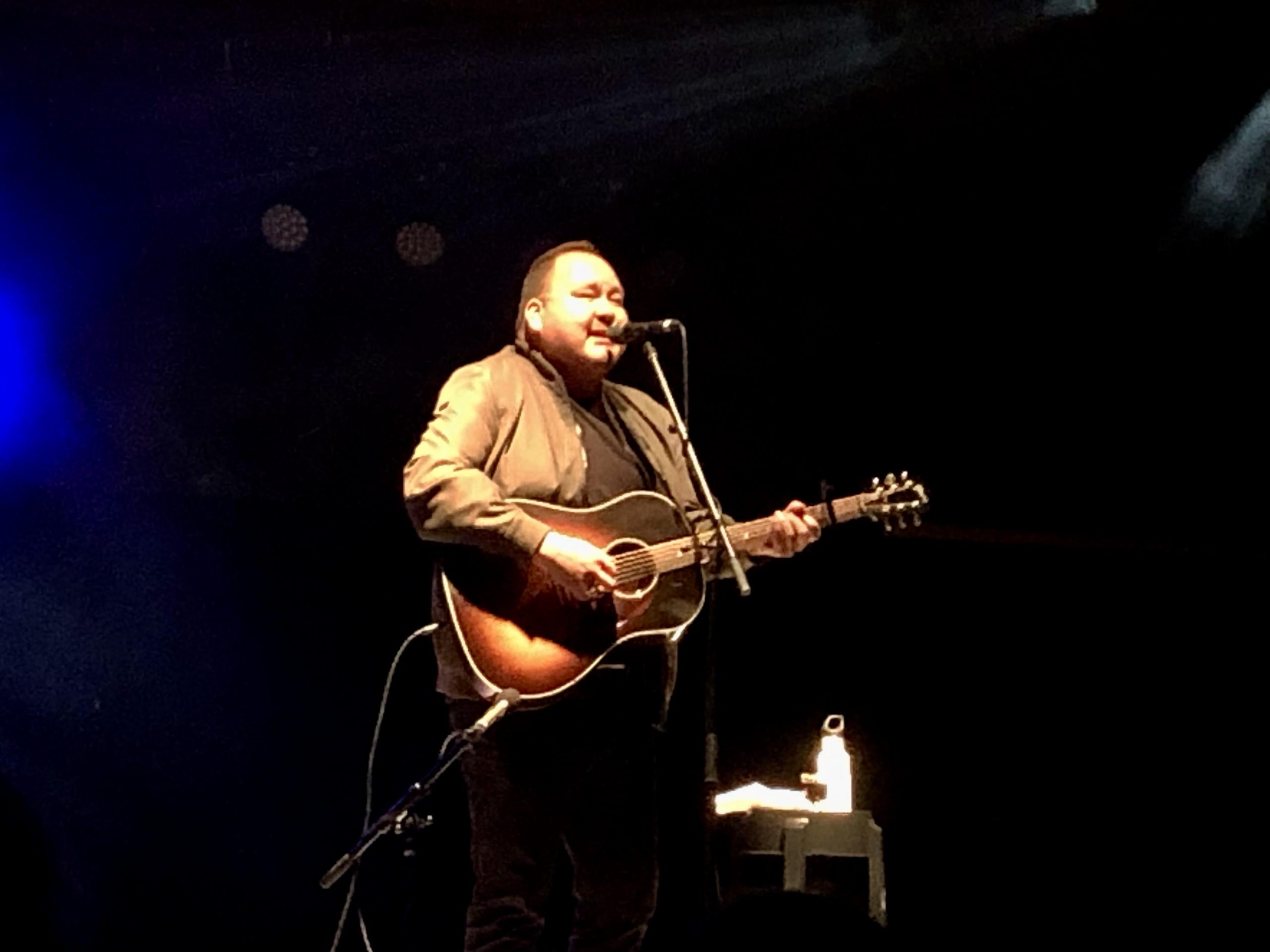 Another great Indigenous performer hit the stage. Leela Gilday and her band demonstrated how to be survivors in the face of racism and cultural genocide. Their music spreads joy, courage and determination. 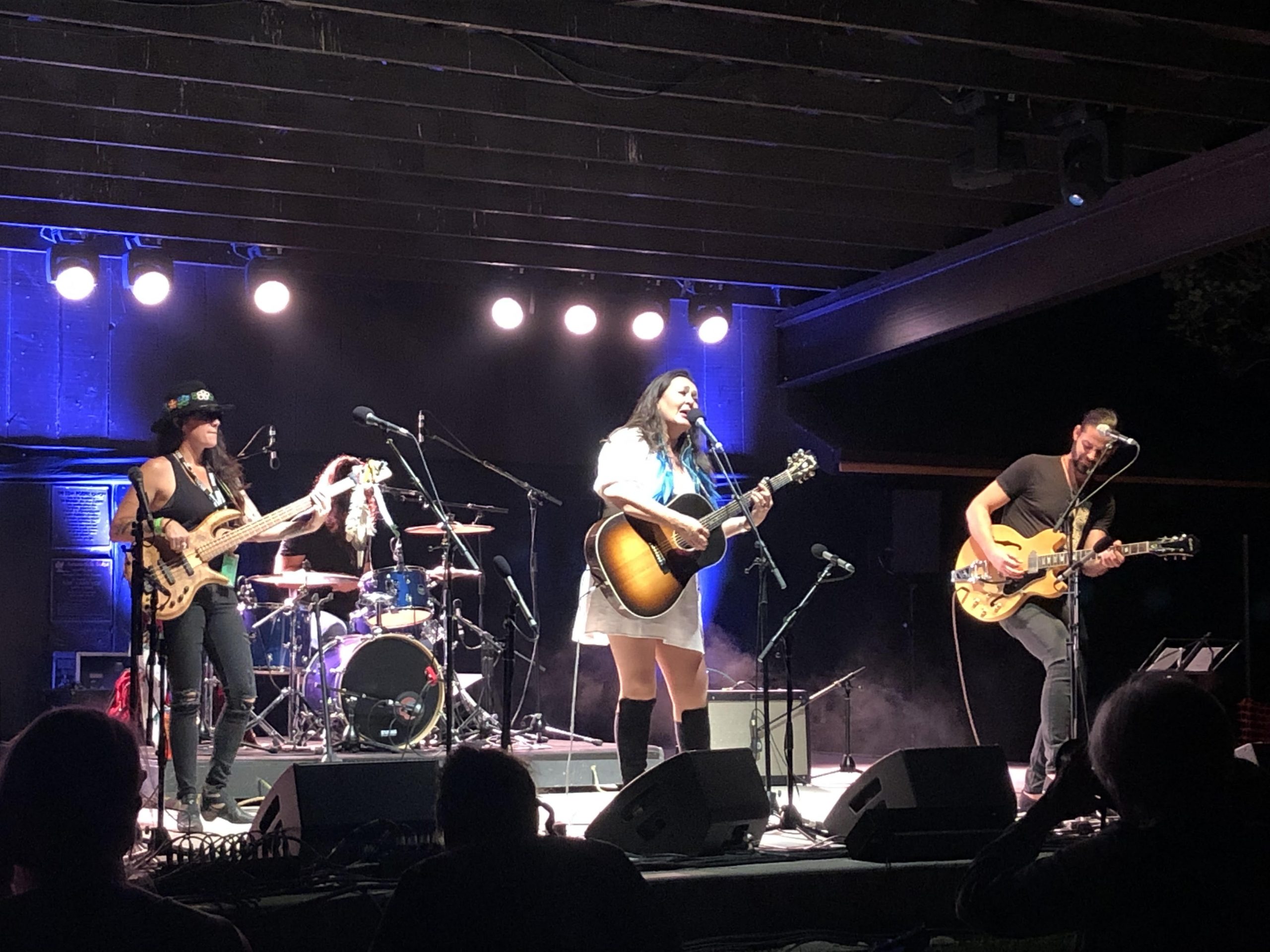 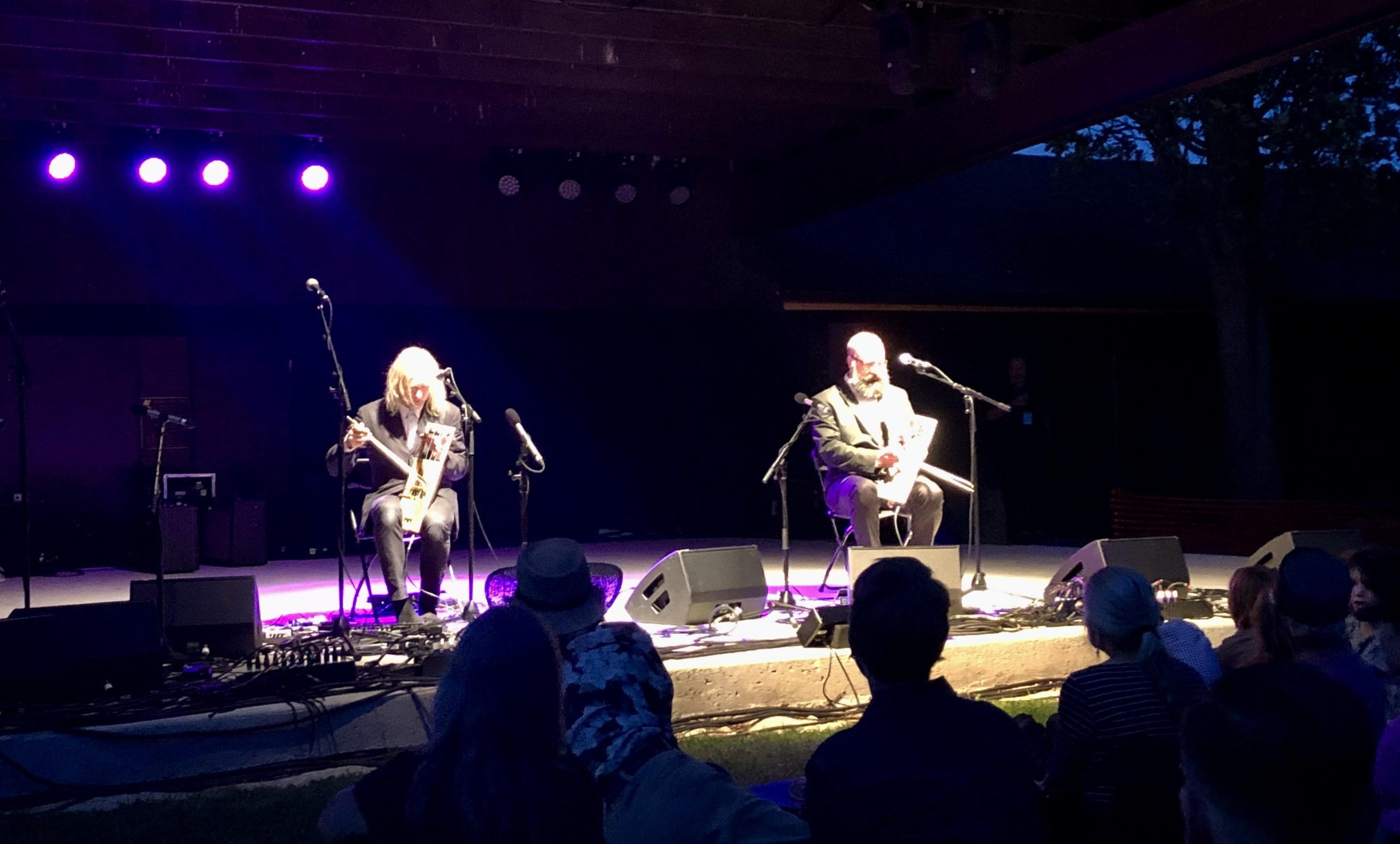 Aysanabee, from northwestern Ontario, has a unique style. He combines his deep, soulful voice and lyrics with harmonics, string tapping and rhythmic percussion, resulting in a completely new take on the idea of the singer-songwriter. 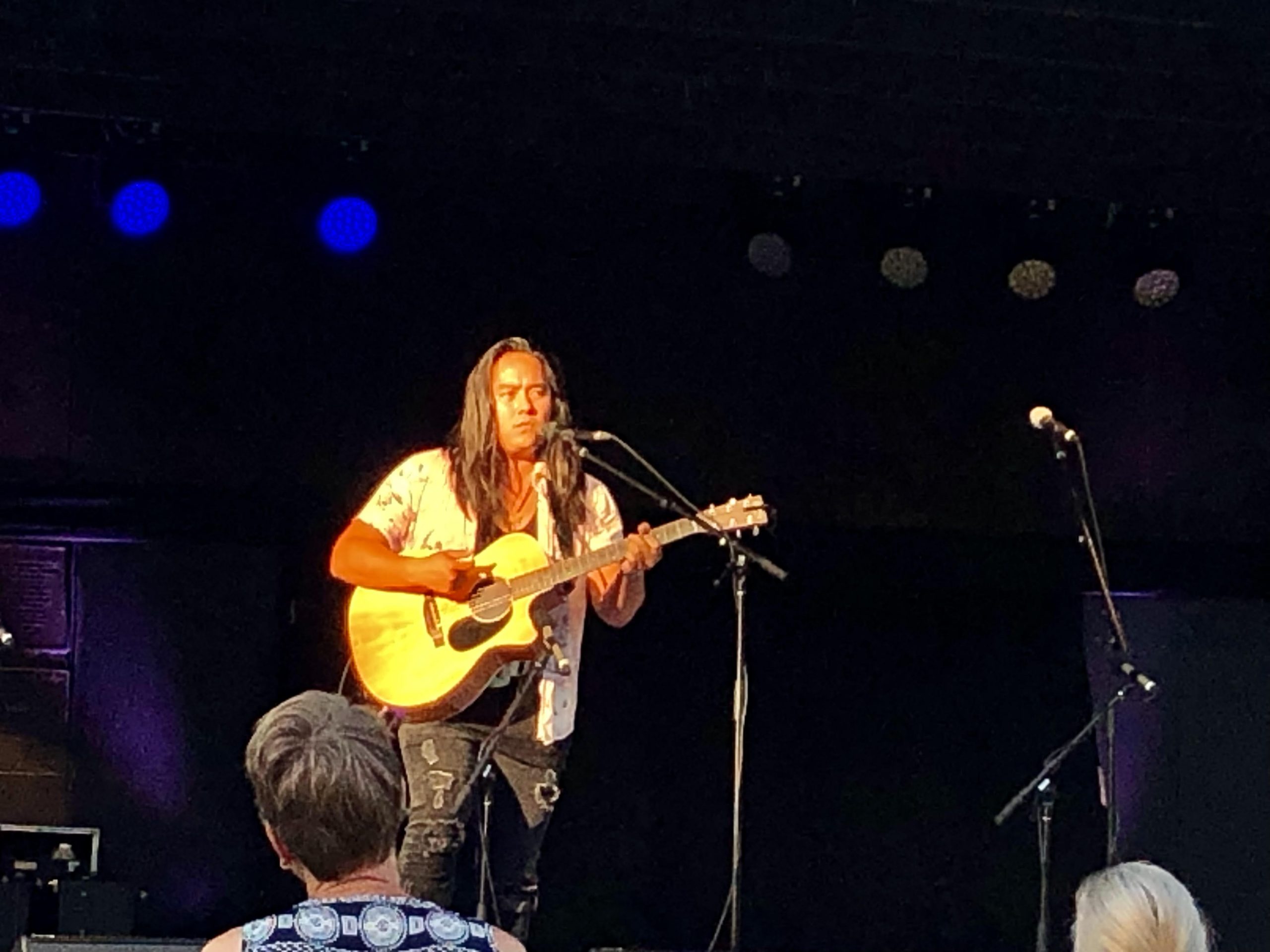 Tim Hicks got the crowd singing at ...