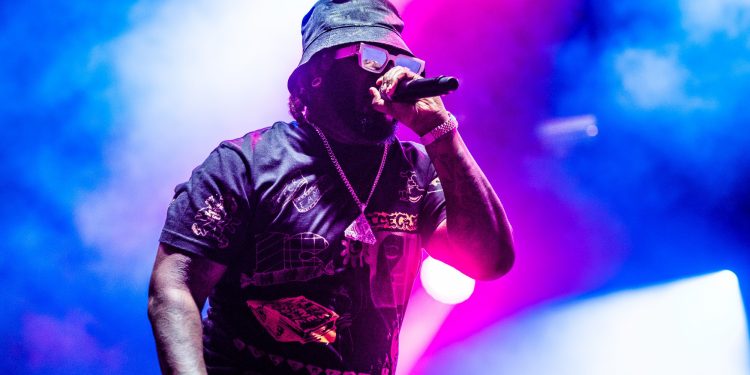 When I told my 27 year old daughter and her 26 year old boyfriend that I was going to see T Pain and write a review of his show, their mouths dropped wide open. They said that he was “really big” and couldn’t believe that he was playing at the City Folk Festival. I am a 58 year old white woman who doesn’t really listen to rap and this was my first rap concert but T-Pain insists that he isn’t a rapper but rather an R&B musician. Either way, he was mesmerizing with his use of the vocal processing software Auto-Tune.

It hasn’t come without criticism though. He revealed in the Netflix documentary “This is Pop” that Usher told him that he “f—ked up music for real singers.” He had a lot of respect for Usher and even called him a friend, but this tough critique sent him into a four-year depression. Jay-Z even wrote a song about it called D.O.A. (Death of Auto-Tune).

T Pain is like a one man band who appears to have boundless energy as he dances and moves across the stage. He is a great entertainer, even if he sings about strippers and the club a little too much. The crowd was on fire and jumped and danced to the loud beat of bass that rap and R&B music embraces.

In 2008, he set the record for the most number one hits with 14. His controversial tweet in 2013 was, “Been on more #1 than Beatles” which is technically true but some of the hits that he counts are on albums that he was a guest where as The Beatles’ 13 #1 hits were all on their albums. Regardless, T-Pain is a dynamic entertainer who is multi-talented.

Born in Tallahassee, FL as Faheem Rashad Najm, he has been married to his wife Amber for nearly 20 years and they have three children. He started his career at the age of 10 when he turned his bedroom into a small studio. His career began in rap with the group Nappy Headz and in 2006 he created his own record label, “Nappy Boy Entertainment.” The name “T-Pain” refers to Tallahassee Pain, the place where he was born and the pain he experienced trying to get out of his hometown.

We were indeed blessed to have him play in our fair city last night. I now understand the allure of rap and R&B by the younger generation. I still think though that parents need to bring their kids to hear John Fogerty next weekend, when he closes out the 2022 City Folk Festival. 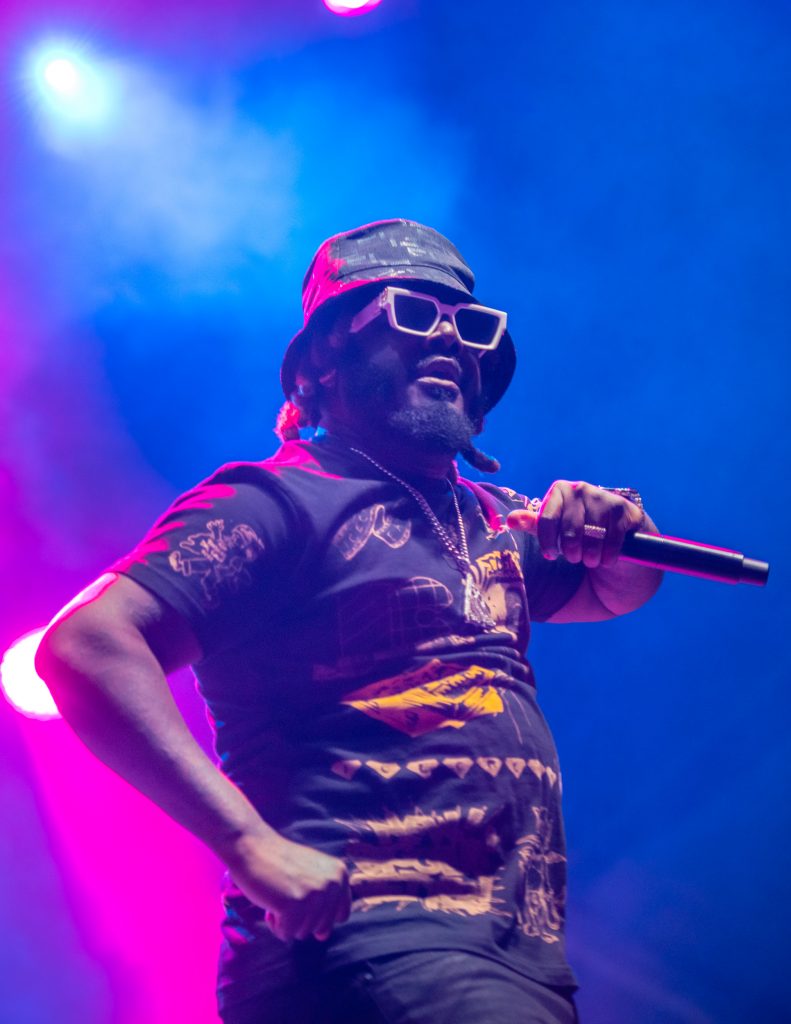 JJ Wilde kicks the door off its ...

Tim Hicks got the crowd singing at ...